SATURDAY - November 13 - Jordan and the Lost City of Petra

Let’s explore the “Lost City” of Petra in Southern Jordan!

Petra is the legacy of the Nabataeans, an industrious Arab people who settled in southern Jordan more than 2,000 years ago. Admired then for its refined culture, massive architecture and ingenious complex of dams and water channels. The “Rose City” is a honeycomb of hand-hewn caves, temples, and tombs carved from blushing pink sandstone in the high desert of Jordan some 2,000 years ago. Hidden by time and shifting sand, Petra tells of a lost civilization. Little is known about the Nabateans—a nomadic desert people whose kingdom rose up from these cliffs and peaks, and whose incredible wealth grew from the lucrative incense trade. 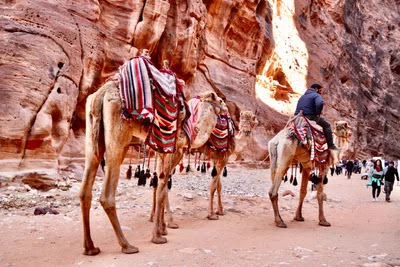 Petra grew into the Nabateans’ most prominent city, linking camel caravans between the Mediterranean and Arabian Seas, from Egypt to Syria and beyond to Greece. Control of water sources and an almost magic ability to vanish into the cleft rocks ensured the Nabateans remained unconquered for centuries. 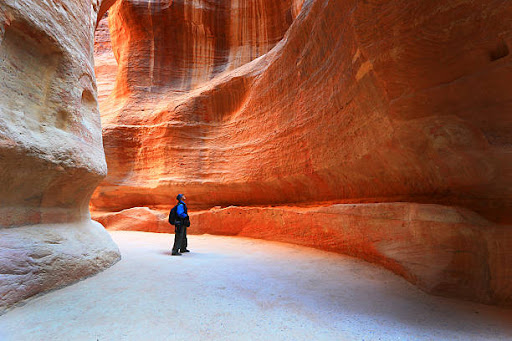 Petra was only rediscovered by Swiss explorer Johann Burckhardt in 1812, and it continues to spill its secrets. Even now, archaeologists have explored less than half of the sprawling site, and in 2016, with the help of satellite imagery, a monumental structure was found still buried in the sand. It’s no wonder that Petra remains Jordan’s top tourist attraction and one of the most revered of the World Heritage sites.