SATURDAY, October 23 - Ellis Island and the Faces of Immigration 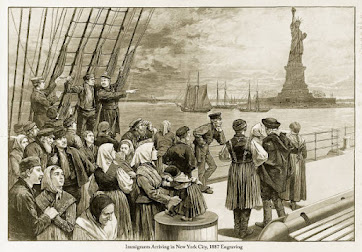 Americans are famous for their get-up-and-go, it is because immigrant ancestors got up and came. Whether sailing into the Chesapeake Bay in the early 17th century, waiting in line at Ellis Island in the early 20th, or crossing the South Texas border in the early 21st, immigrants to the U.S. have had to bid farewell to the familiar and enter a strange land with unfamiliar customs and language. That took—and still takes—courage and tolerance for risk, traits that are very much part of the American gene pool. Sometimes the risk was to one’s life. 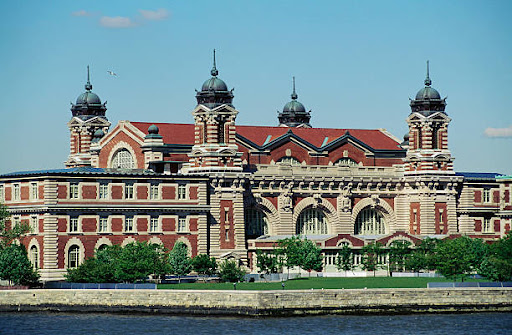 An estimated 40 percent of current U.S. citizens can trace at least one ancestor to Ellis island. A massive wave of immigrants traveled from Ireland, where a potato blight had contributed to widespread famine in the mid-19th century. Foreigners from southern and eastern Europe, including Poland, Hungary, Slovakia and Greece, left their homelands to escape political and economic oppression. People of Jewish descent fled to Ellis Island due to antisemitism in czarist Russia, while poverty drove many Italians to seek better lives in America. Non-Europeans from Syria, Turkey and Armenia were also entering the United States in high numbers, seeking economic opportunity. 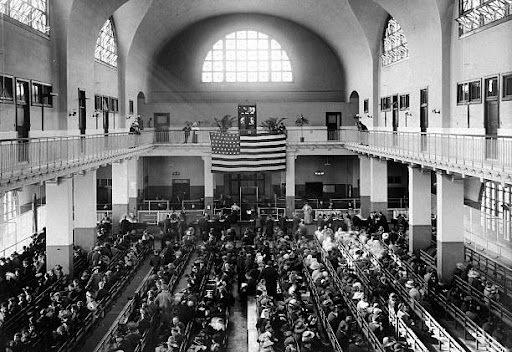 On Saturday, October 23rd, join NYC Urban Sketchers at 10am EDT as we will celebrate our Immigrant Story. Gather your art supplies and let’s sketch, draw and paint ancestors who believed a better life was possible, yearned for peace, hoped for freedom, and dreamed what seemed like the impossible - and, had the the courage to risk it all.

There are no fees.  All drawing skill levels are welcome!

You need to register to participate in this virtual sketching event. Click on the link at Eventbrite below. Photographic references are provided on the Eventbrite page. 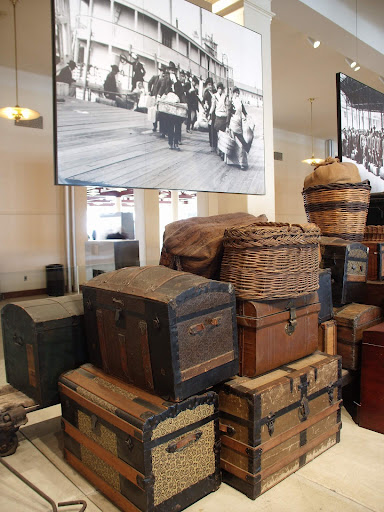 Posted by Alan Wernicke at 8:07 PM