Olmsted and Vaux designed the complex now known as Grand Army Plaza as the official entrance to Prospect Park to connect the park with the surrounding ornamental streets such as Eastern Parkway, the nation's first parkway.   The complex includes the Soldiers and Sailors Arch, Balley Fountain and the JFK Memorial.  The plaza is surrounded by other landmark buildings including the main branch of the Brooklyn Public Library with its iconic Egyptian Art Deco entrance. All told we should have plenty to keep us busy for the day's outing. 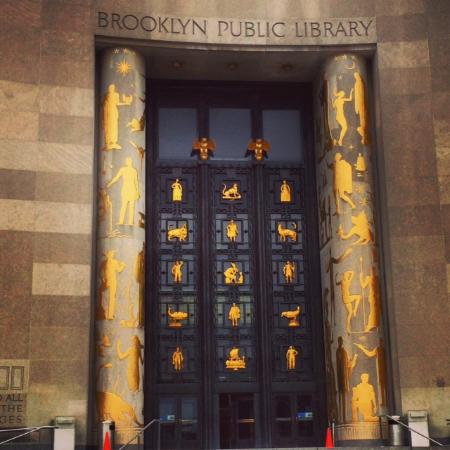 LOCATION: GRAND ARMY PLAZA
NOTE:  We will meet in the park area behind the arch.

Please RSVP directly to Raylie Dunkel at raylie@verizon.net. Looking for us? Call Raylie at 201-978-6387.  Bring lunch or purchase something along Atlantic Avenue or in the library's cafe.   Bring a stool and a cap.