two sketchable events in one. 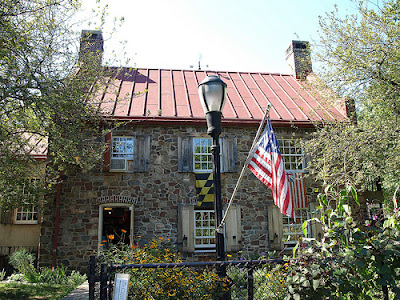 What’s a Fiber Festival?
Spend the day with natural fiber artists, crocheters, dyers, felters, knitters, quilters, spinners and weavers in the fifth annual fiber fair.  Knitters, weavers and crocheters as passionate about their art as we are about sketching will be there in force.

What is the Old Stone House?
Originally known as the Vechte-Cortelyou House ( c. 1699) it was rebuilt on site nearly 85 years ago.  New York neighborhoods change and grow. Go back far enough and the first settlers to Breuckelen were the Lenni Lenape and the Dutch.  Located in Washington Park, on the border of Park Slope and Gowanus in Brooklyn, it marks the place where the original Dutch farmstead stood and was also a key location in the culminating engagement of the 1776 Battle of Brooklyn took place.

The Vechte family farmed the lands around the house, harvested oysters in Gowanus Creek and ferried their produce down the creek to Gowanus Bay and then to lower Manhattan.

At 9:00 am, George Washington arrived from Manhattan fearing a breakthrough of American lines. Washington ordered more troops to Brooklyn from Manhattan. On the American right, Colonial General Stirling held the American line against the  British. At 11 AM, 2,000 British marines, hit the colonial center while Hessians attacked on the left. Stirling pulled back but British troops came at him from his rear down Gowanus Road. The only escape route was across a Brouwer Millpond on the Gowanus Creek which was 80 yards wide. The Colonial soldiers then faced the British, who were in fixed positions in and in front of the Old Stone House. Two Hundred and fifty six colonial soldiers were killed in the assaults in front of the Old Stone House.  Fewer than a dozen made it back to the American lines.

Washington, watching from a lookout on nearby Cobble Hill, at the intersection of what today would be Court Street and Atlantic Avenue, was reported to have said, "Good God, what brave fellows I must this day lose!".  The 256 dead colonial soldiers were buried by the British in a mass grave on a hillock believed to be around the southwest corner of what is today 3rd Ave. between 7th and 8th Streets.

For the rest of the day the Old Stone House was used as an artillery position by the British to fire on the Americans, who had already suffered disastrous losses and were fleeing across the Gowanus Creek to the west. 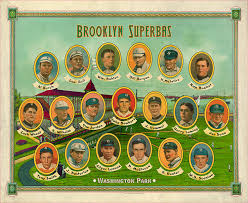 When:  Saturday, October 8th, Starting at 10 AM, and all day

Lunch:  Noon.  Eaten together outside. Purchased from Vendors, nearby stores or found in brown paper bags if you BYOL

For Comfort:  Bring a stool or chair if you have one, it created better sketching opportunities