The Nature Walk by the Waste Recycling Plat at the Newtown Creek toxic waste site was every bit as strange, and yes, as interesting as you'd imagine. 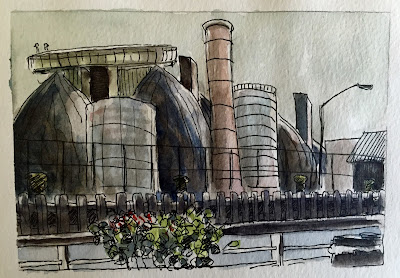 I've seen these huge vats coming out of the Queens Midtown tunnel.  In my innocence I always fantasized that they were huge brewing tanks being used to ferment beer.  Nope.  Not even close.  The huge tanks are called Digesters and they're used as part of the process to clean waste water. 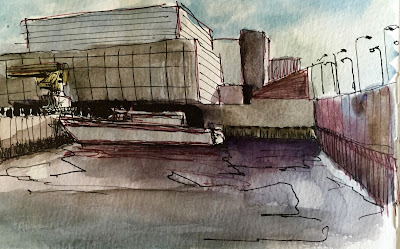 At the end of the Nature trail there was a docked boat owned with a NYC Logo  Before my enlightenment I could have believed the  boat was there to protect all the beer.  I guess not.  My current theory is that the boat is owned by the Police Department.  Given the real purpose for  the tanks, it might be owned the Department of Sanitation.  Could Sanitation possibly own a large power boat?