Sketching Things That Will Soon Be Gone

The plan was to sketch FAO Schwarz and the Horse Carriages around Central Park South.  The hope was that the weather would cooperate.  It did, but just barely.

The FAO Schwarz store on Fifth Avenue is such a treasure.  I can't believe it'll be gone soon.  We had a number of discussions about the morality of using horses for entertainment and whether they're treated humanely.  I'd be more interested in exploring the impact crushing rents are having on NYC.  I've got to believe that's what's behind closing this iconic store. 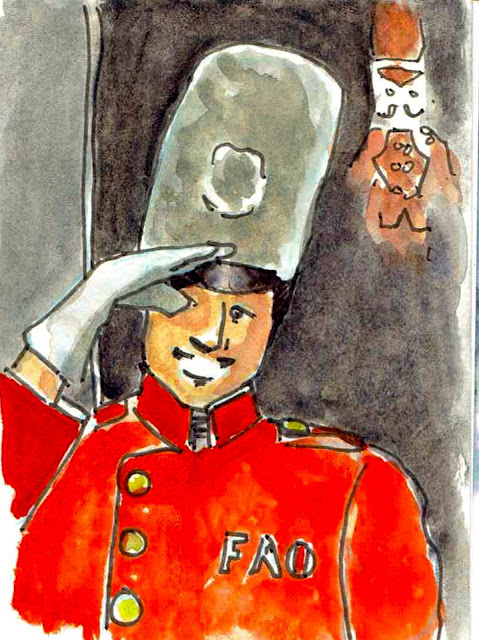 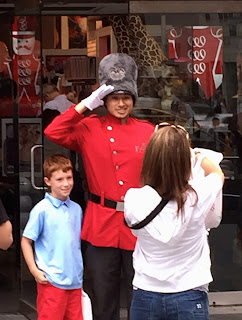 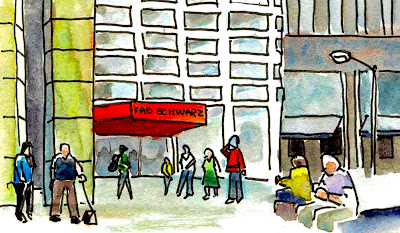 After it started raining we went in the store.  I found the famous piano that was featured in the Tom Hanks movie - BIG.  The kids never stand still, ... not for a single second, so drawing them dancing on the keyboard is a little challenging. 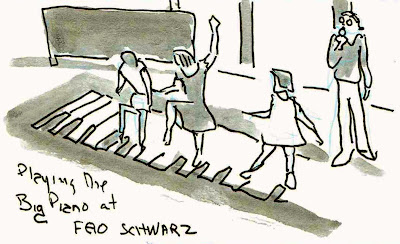 After lunch we setup on Central Park West intending the sketch the horse drawn carriages.  I got distracted by other things, like a street light that was filled with pigeons 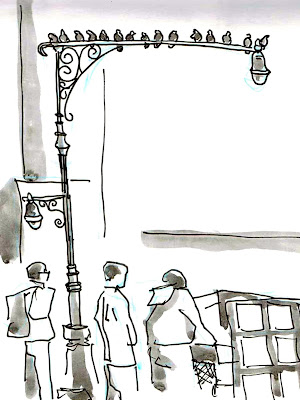 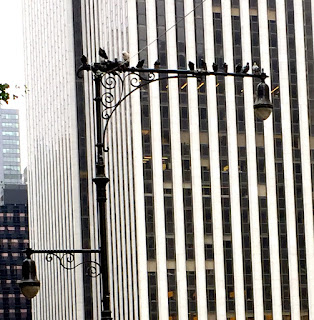 Or the front side entrance to what used to be the Plaza Hotel (now condos). 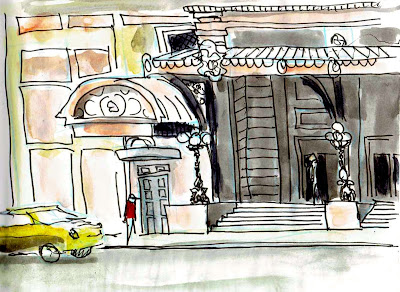 Eventually a driver in a raincoat stood still for a few moments in front of his horse and I quickly sketched them both. 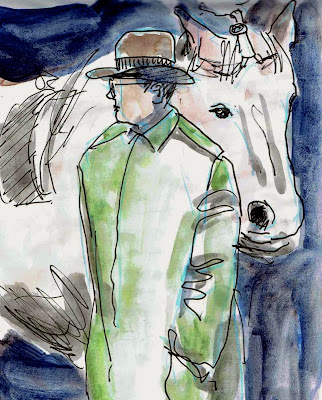 Posted by Mark Leibowitz at 2:38 PM