A Sketch Day on Governors Island


We met for the ferry ride to Governors Island one week after it opened for the 2015 season.  The fascinating thing about the island is that if you walk for two minutes the character of what you're seeing completely changes.   I was drawn to the quiet shaded area where they had Carpenter Gothic Turn of the 19th Century houses that seemed untouched from a quieter era.   A short walk would have revealed breathtaking views of New York Harbor, the skyline of lower Manhattan and the Statue of Liberty - but not for me on that day. 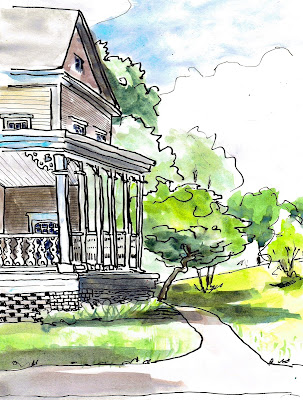 In the opposite direction of the house I sketched there was a concert going on.  A small stage had a grand piano and an opera singer entertaining us in the woods.  I sketched the people listening: 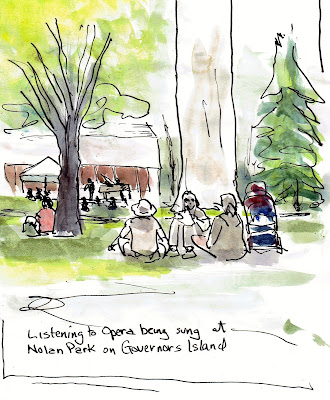 After awhile I realized that the woman with her back to us was Patricia, who is the new mother of twins and wife to Lance a long time Urban Sketcher and his son Nicholas - also a sketcher.  The whole family was there.  I went over and chatted and then quickly got my pad to sketch Mom and Dad with the babies. 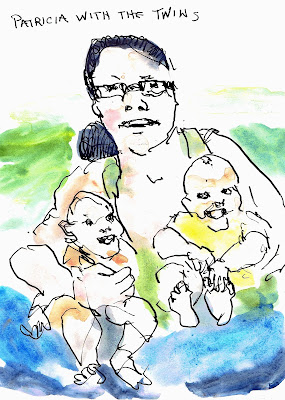 This picture shows Patricia holding both twins.  Not so.  What actually happened was that Etienne was doing so much squirming that I got to draw him twice; once as Patricia held him in her left arm and second time when she shifted him to her right. 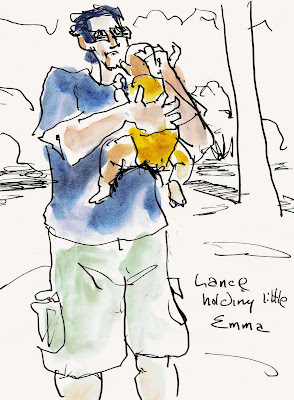 From active squirming we went directly to sleepy-time.  Here's Lance whispering softly to Emma in French rocking her to sleep.


One of the cool things about Lance is that if you hang-out with him for even a short time you end-up in a video.  When Jim came over to check out the babies I realized it was the perfect time to get my Mandatory Jim sketch.  As I sketched Jim - Lance video'd the process. 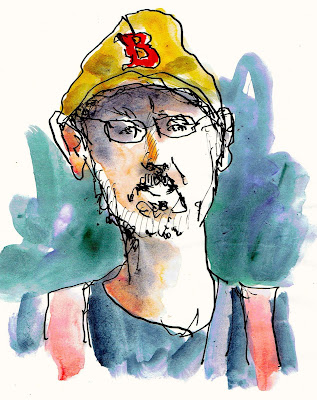 When it came time for Show and Tell I tried to remember to get a shot of everyone sharing their work.  I missed a few people and apologize: 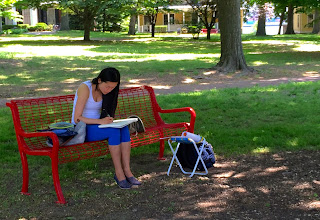 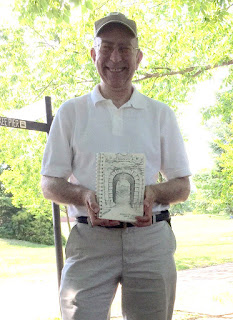 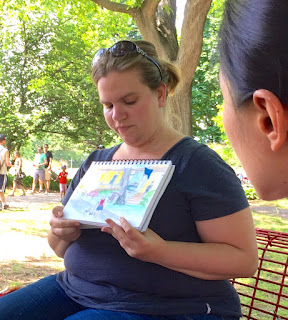 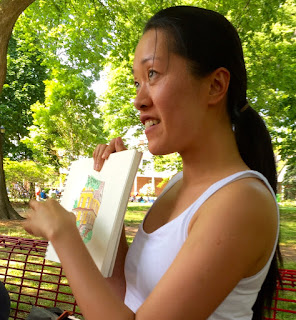 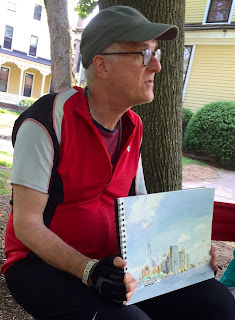 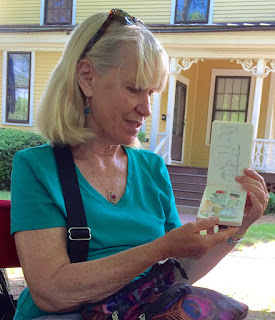 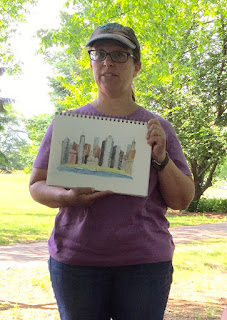 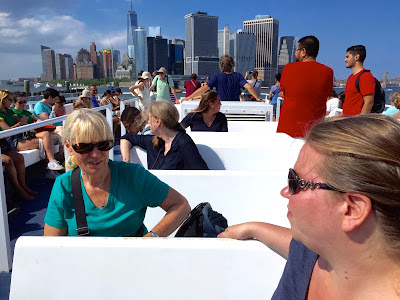 Posted by Mark Leibowitz at 4:40 PM