The term "trainspotting" is slang for injecting heroin causing dark tracks to appear on the arm.  As a doctor I've seen this more times than I would care to, but I've found a new context for this word.  It's sitting on a train and finding a commuter to draw and actually pulling it off thereby triggering a brief euphoria.  Here are sketches done this past weekend when going to visit a friend in New Jersey. 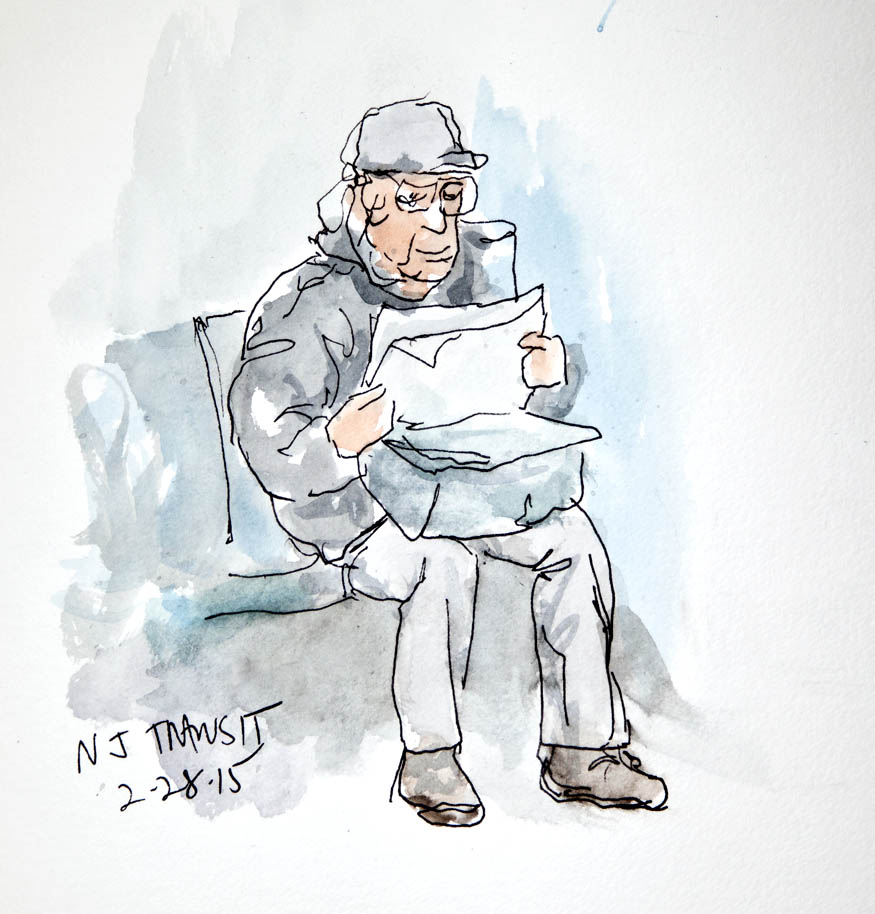 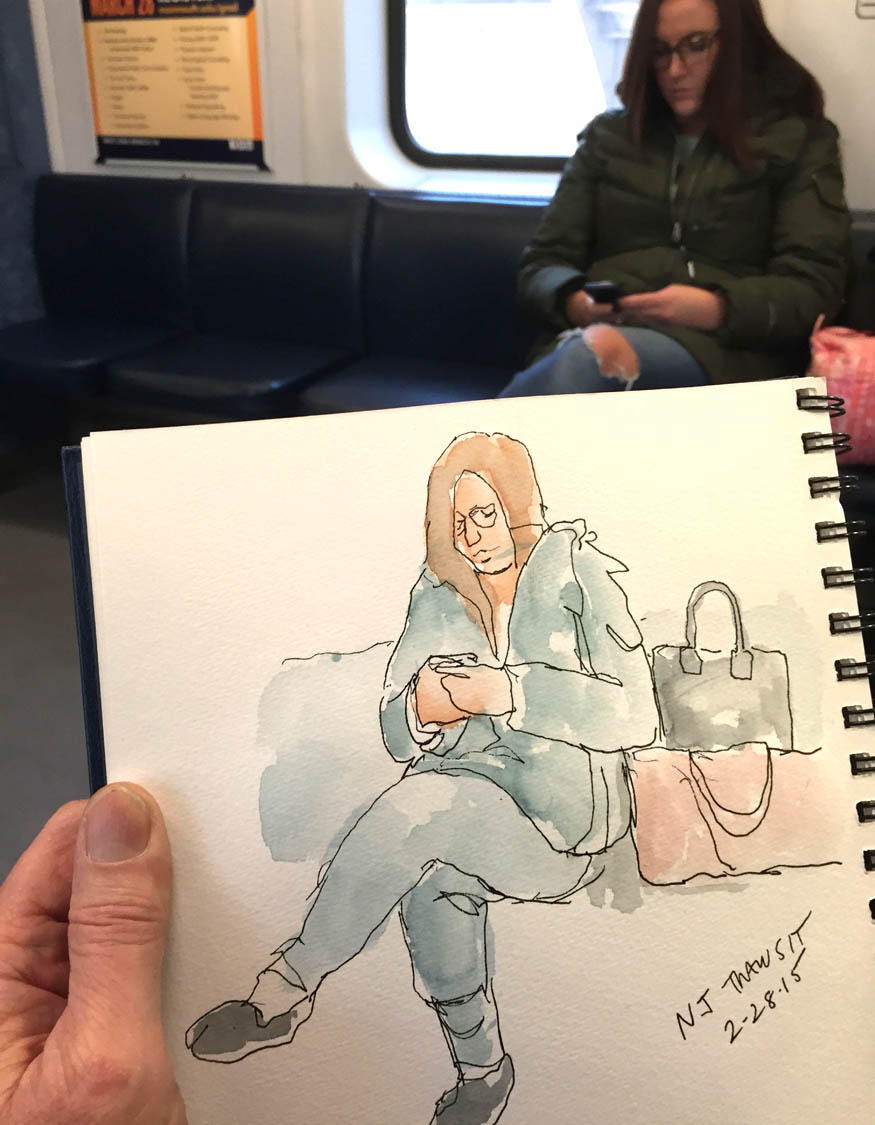 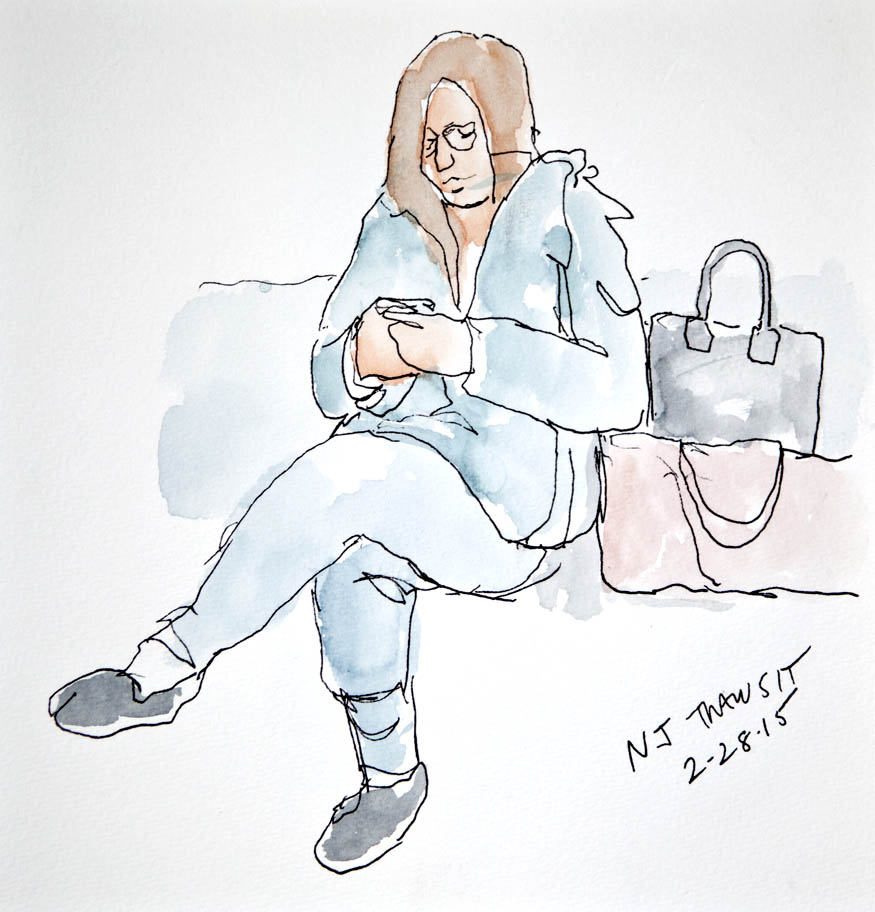 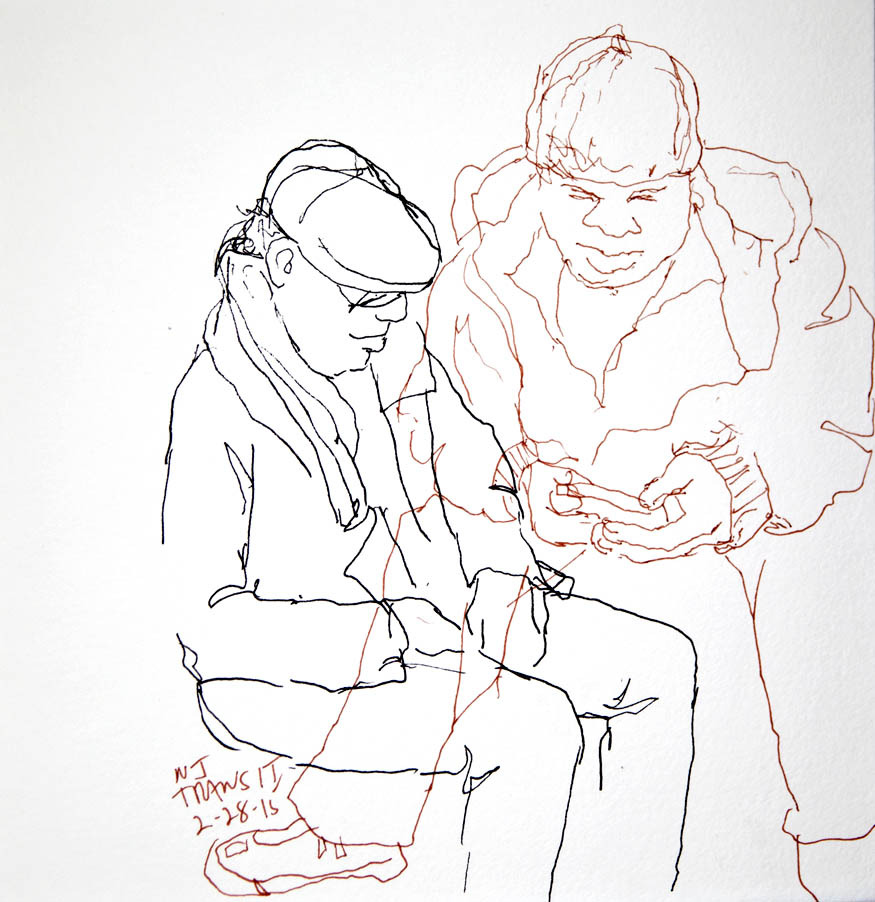 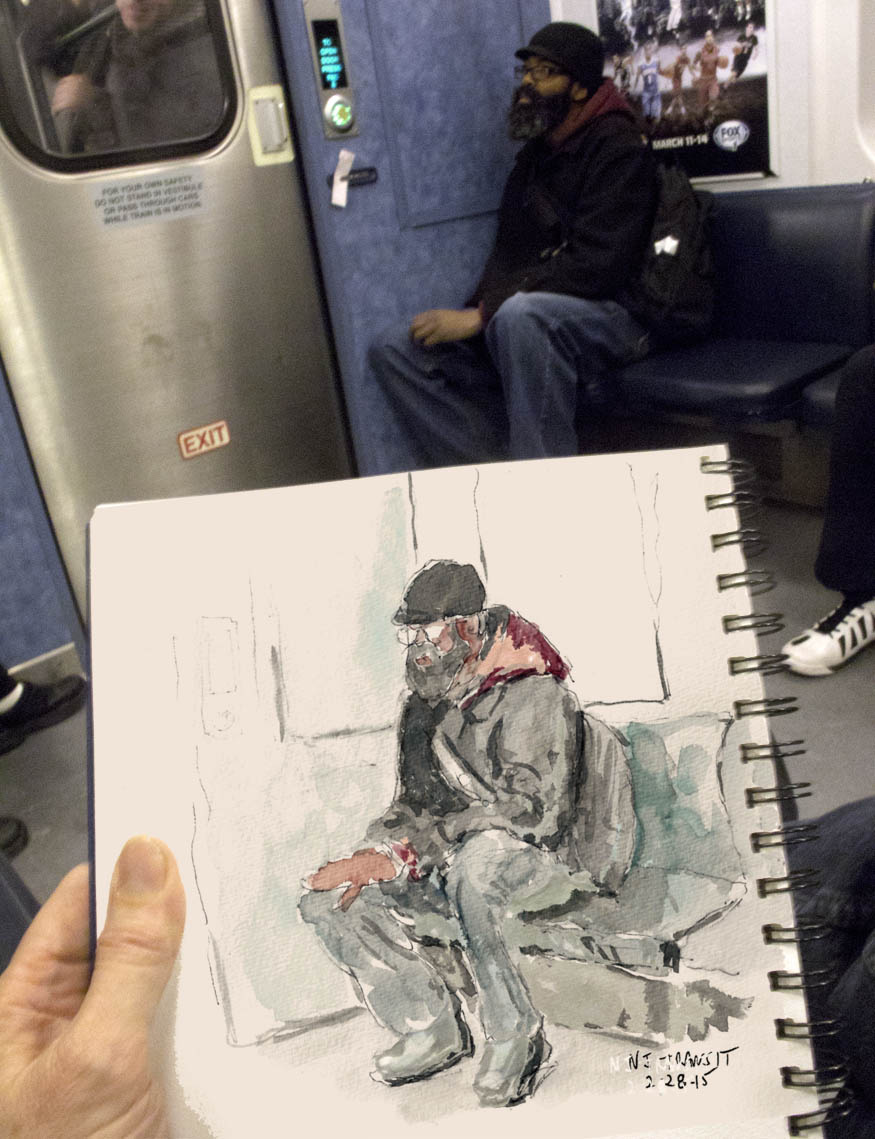 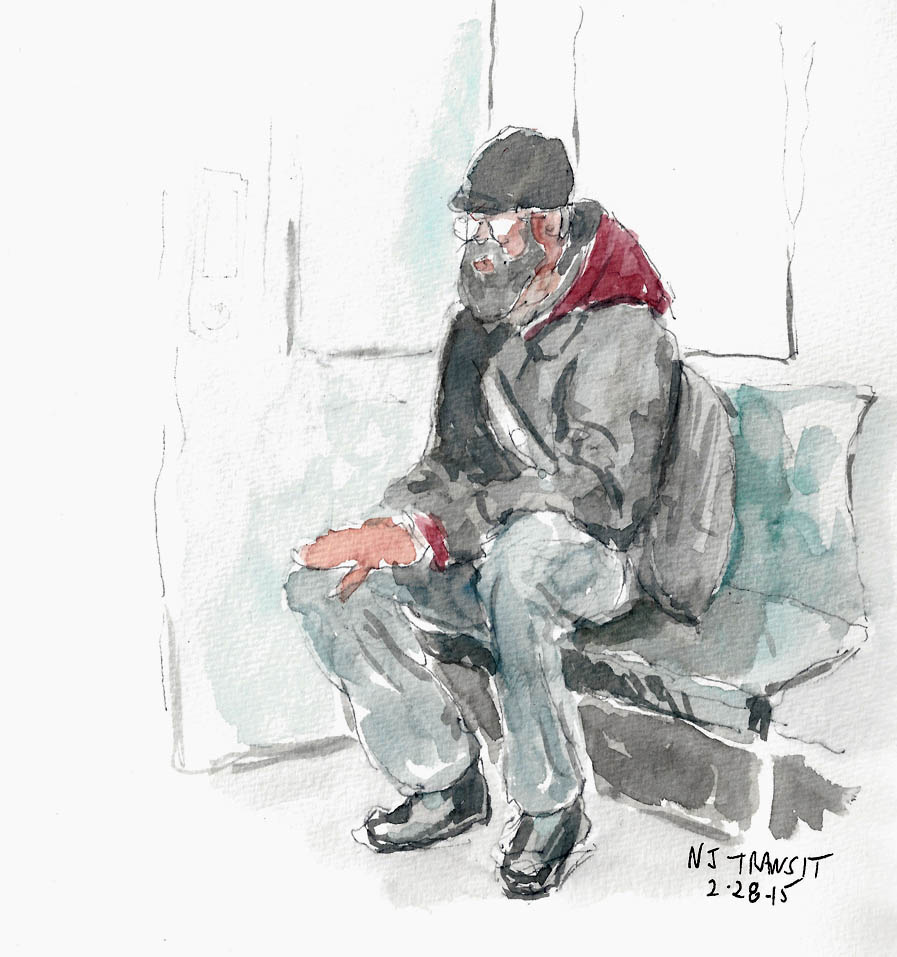 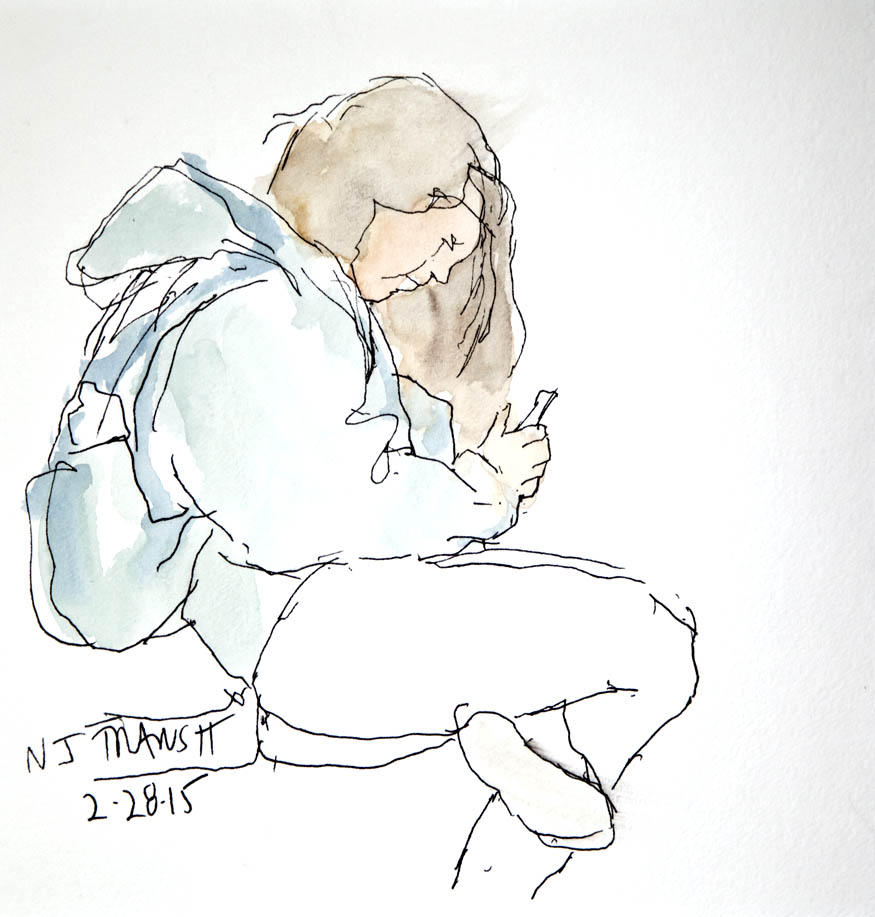 So Sketchers, I would never advocate the use of drugs but as you know, completing a great sketch is a handy substitute!