The Backup Turns out to be a Winner

The weather for our Saturday Sketch turned out, just as forecasted, to be a miserable day.  Susan had a great day planned sketching iconic Art Deco buildings, but the rain and wind made that impossible.
(Stay tuned - we're not giving up on that idea.) 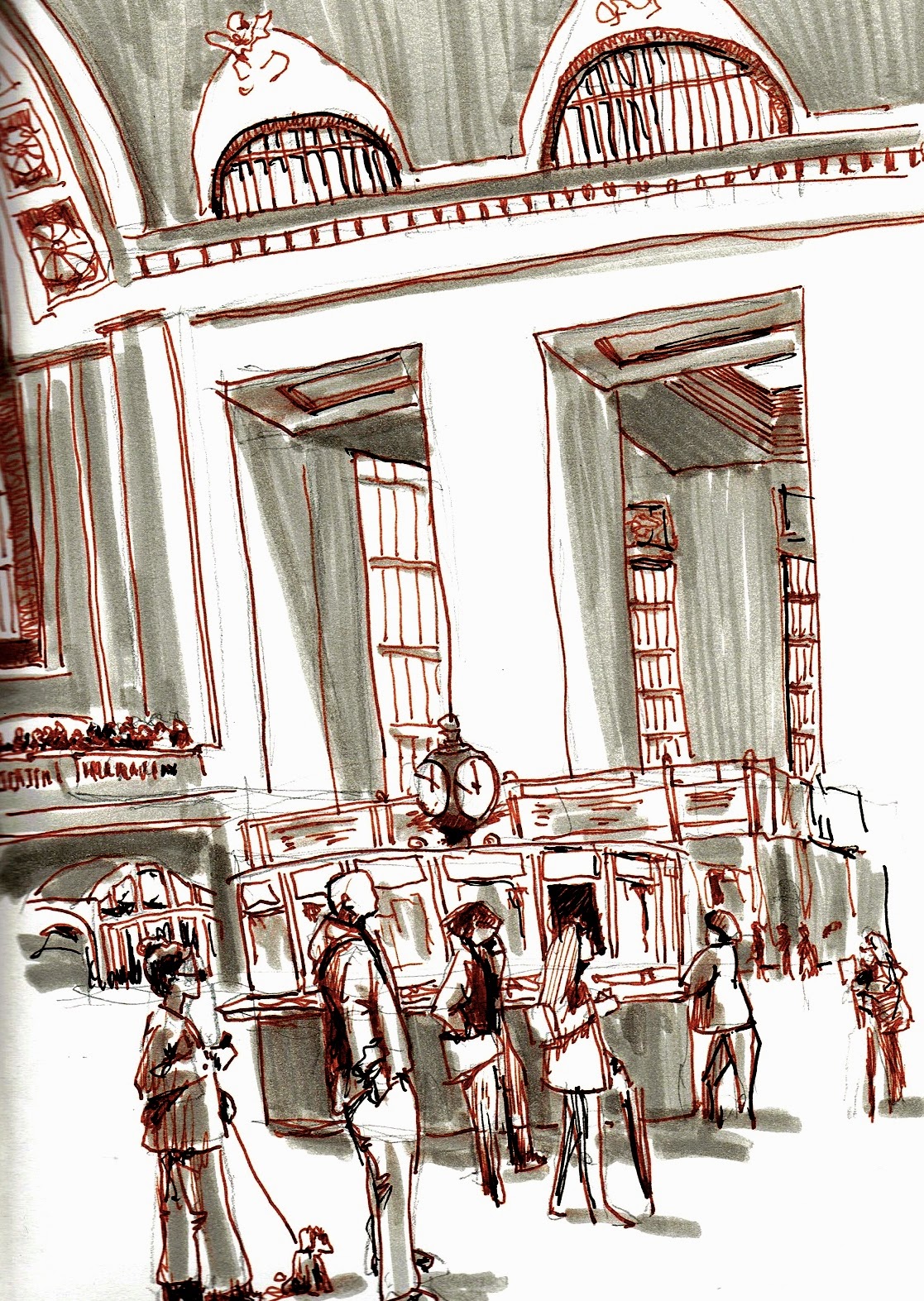 Grand Central Station became our home for the day.  It's an entire world with non-stop activity if you're standing still to see it all. 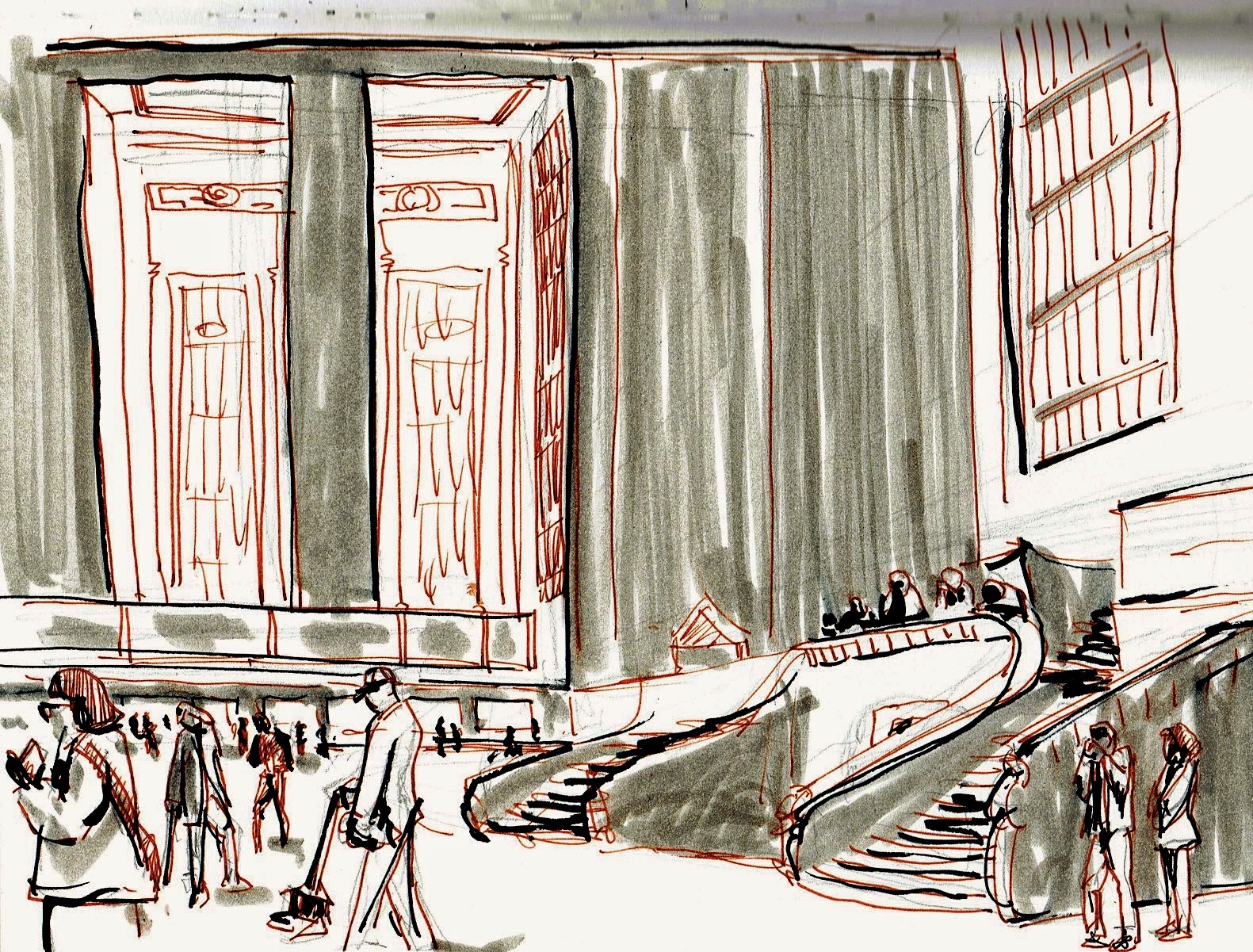 There were three separate wedding parties in full regalia doing photo shoots to commemorate the event.  There were at least three reports of people in Super Hero customs passing through the terminal.  We chatted with the security people, the police and troopers in the terminal and got to watch a number of people who seemed to be way-off their meds acting out their quiet or noisy scenarios. 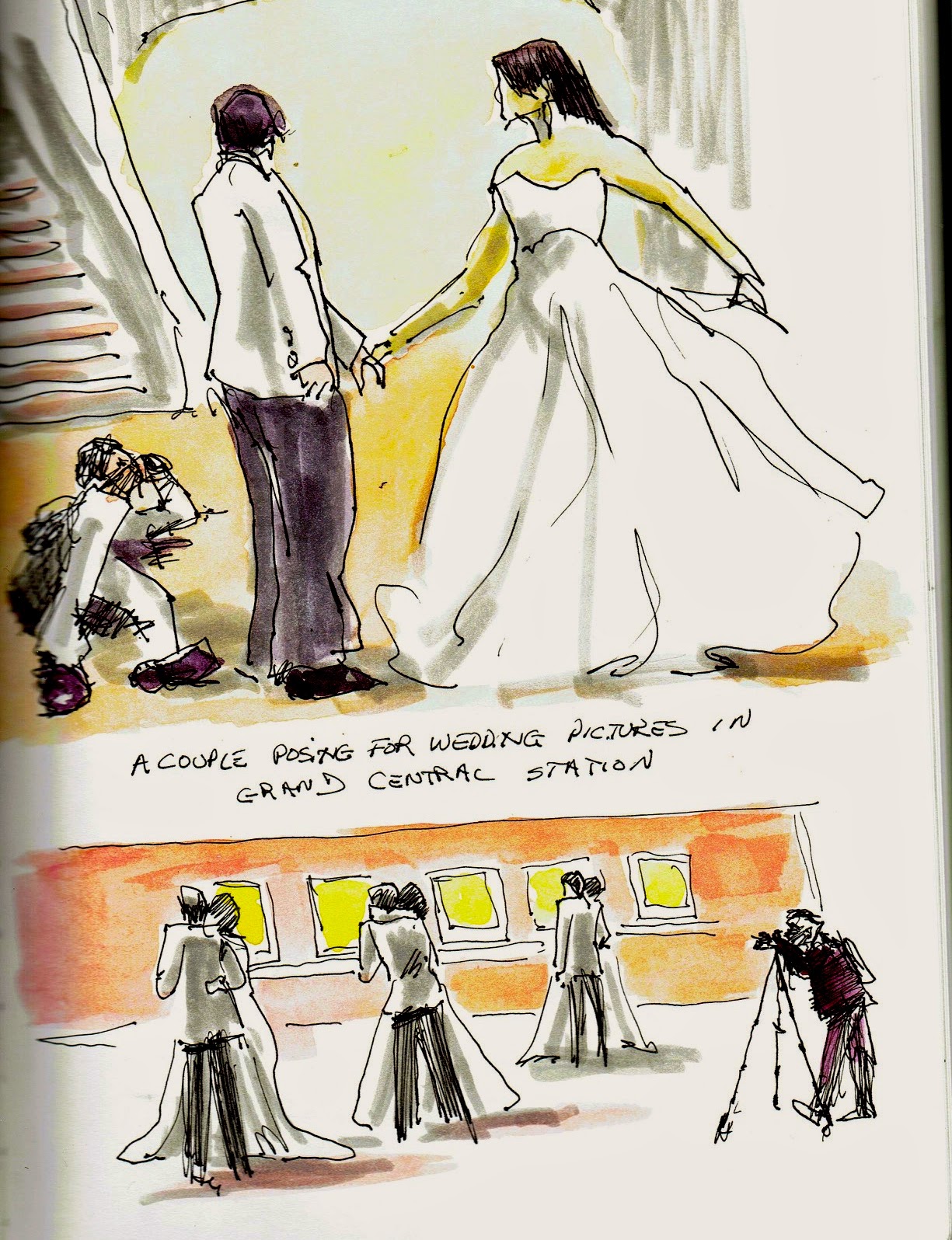 It is a building with staggering, enveloping height and drama.  I believe I'm right in saying - a good time was had by all.