Sketching at the Fulton Transit Center

Since it takes me so long to get into the city from out here in Suffolk County, I usually get to sketch a few commuters on the ride in. Here are the victims/commuters that I drew yesterday. 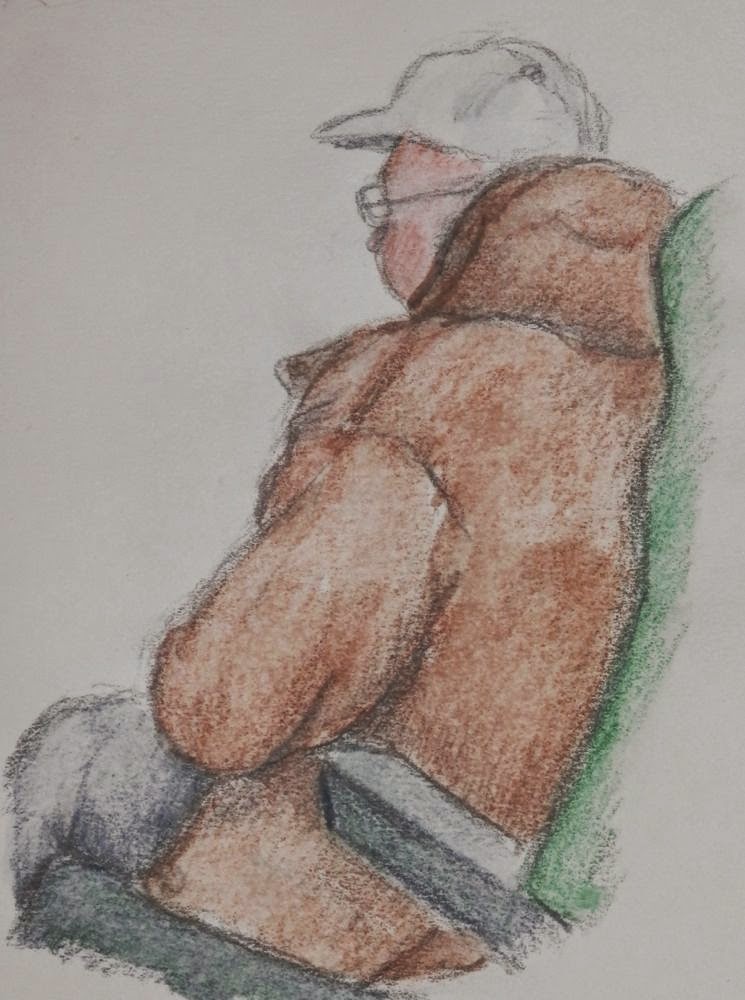 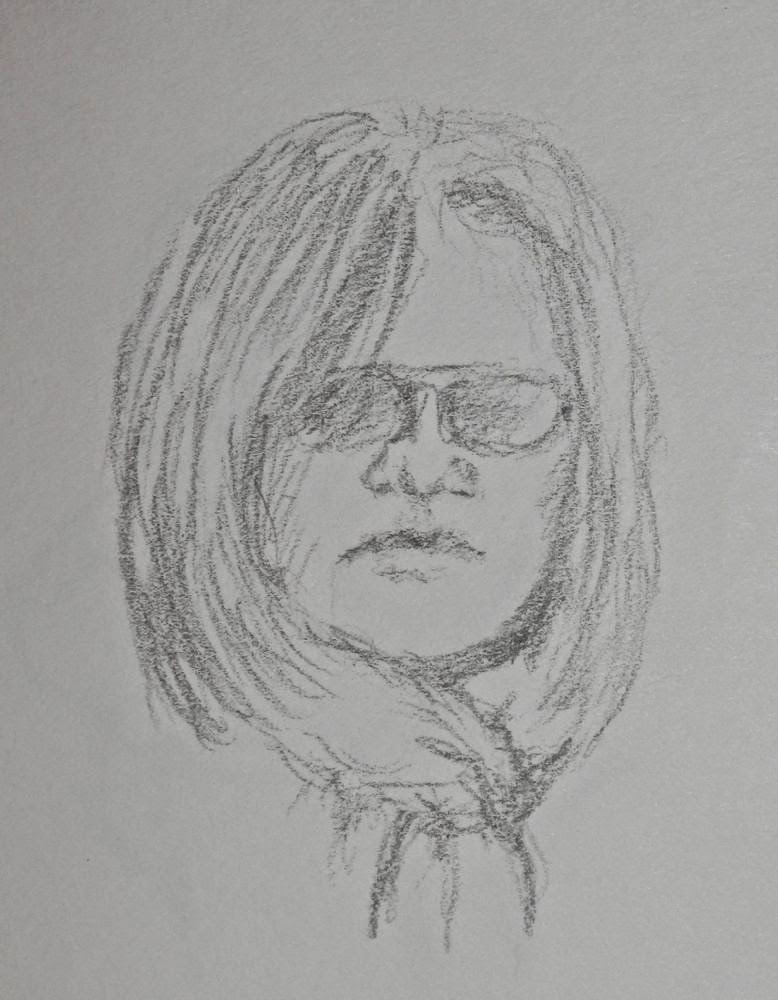 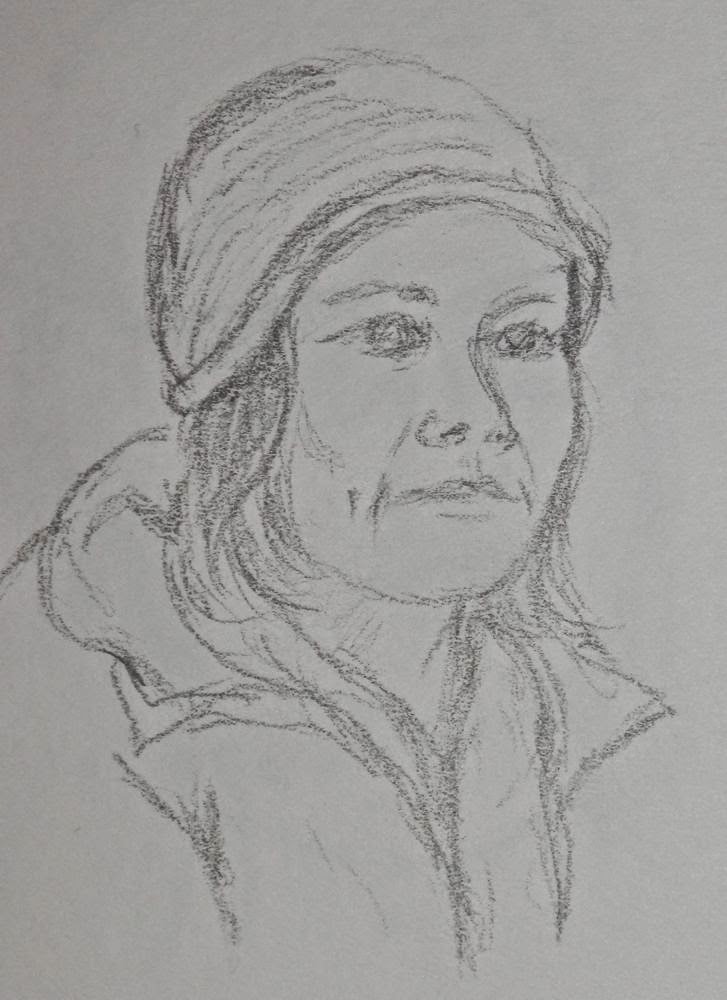 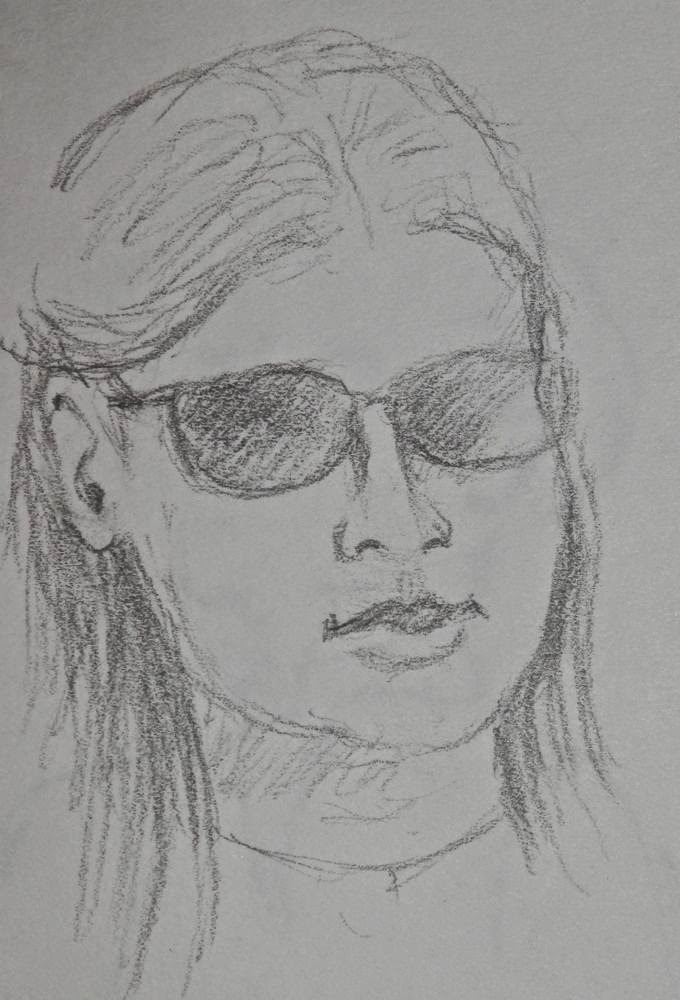 When I arrived at the Fulton Transit Center I was early so I decided to venture out into the cold to do a view from outside. I finished this but I was really cold! 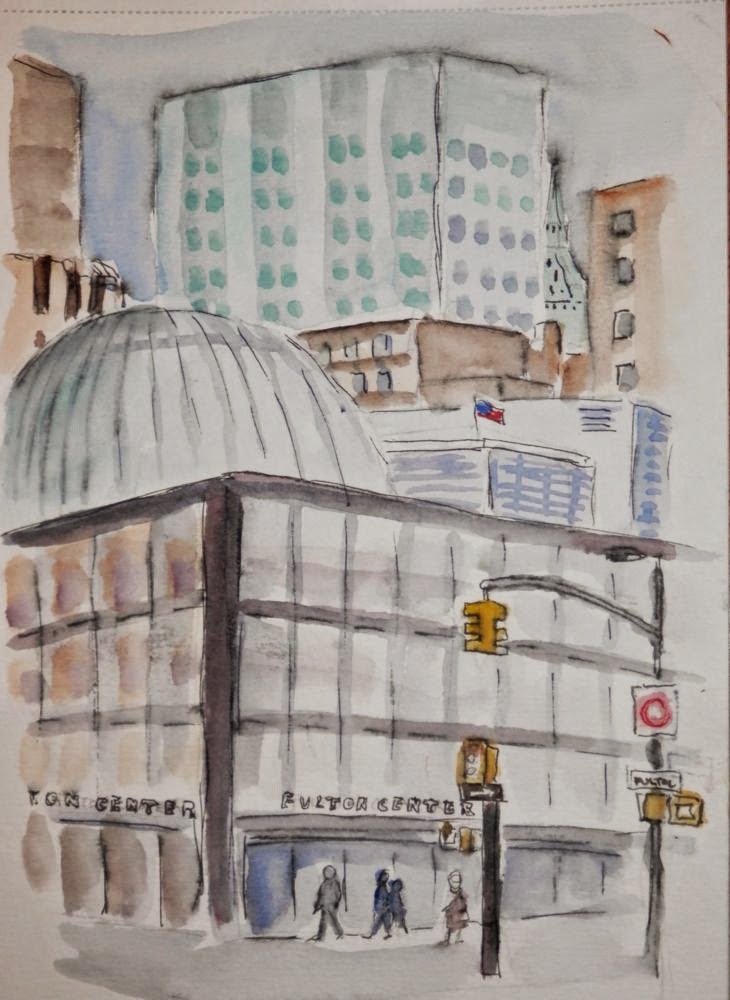 I headed inside and tried to do the view looking up to the top of the dome. I used a Tombow marker for the first time and didn't realize that it bleeds until I started adding watercolors. 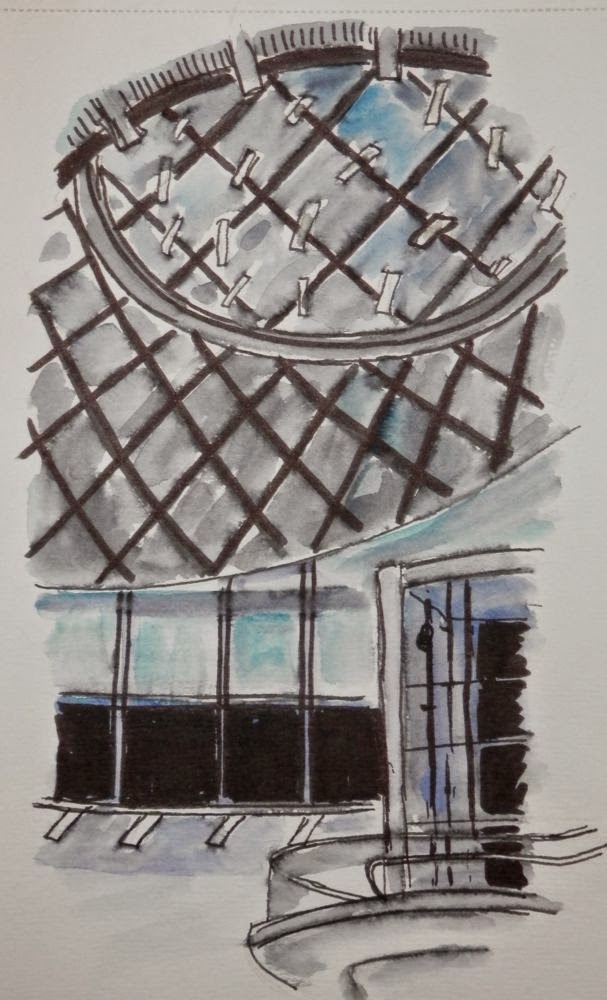 I could see the hotdog vendor from my next spot which was sitting over the wonderful heating vent. (It was such a cosy spot.) So this time I sketched a bit of the inside and the outside too. 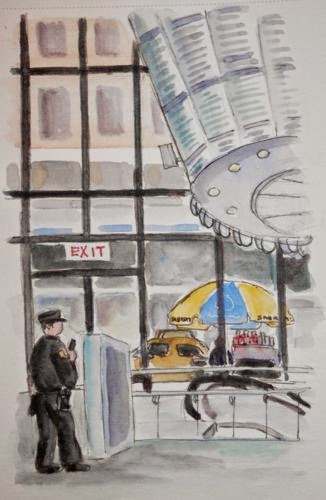 Mark, Mark, and Mary were busy sketching. Mandatory Jim moved into the composition later but I didn't have room to squeeze him in.

After lunch Pat, Jeff and I headed underground to the subway. Each time a train came through the cast of characters across on the other platform changed. 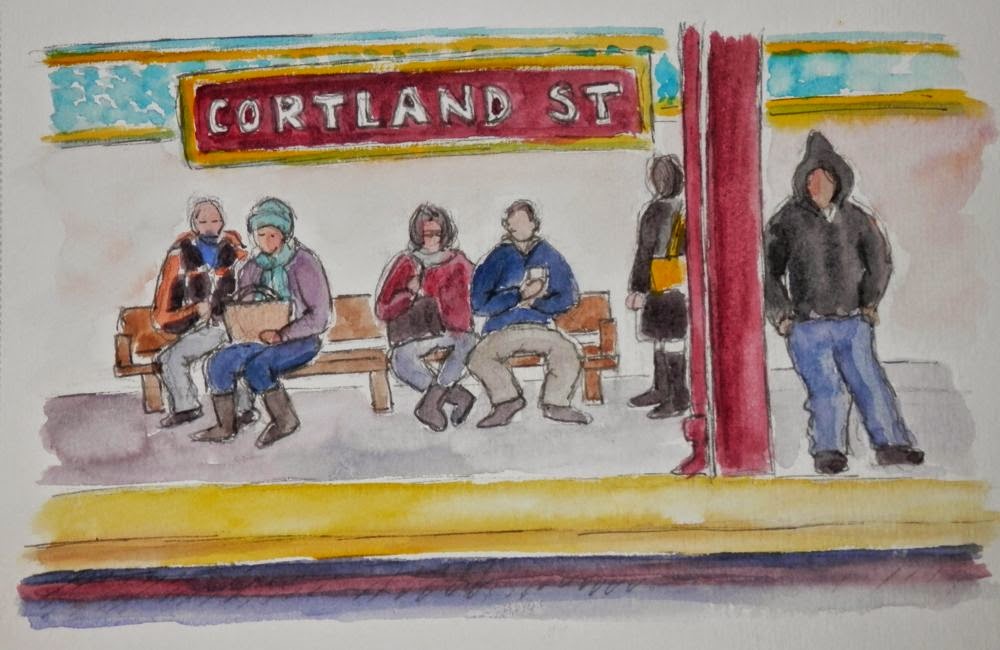 Here are the sketches that the three of us did in one photo.
(Left to right...Pat's, mine, and Jeff's.) 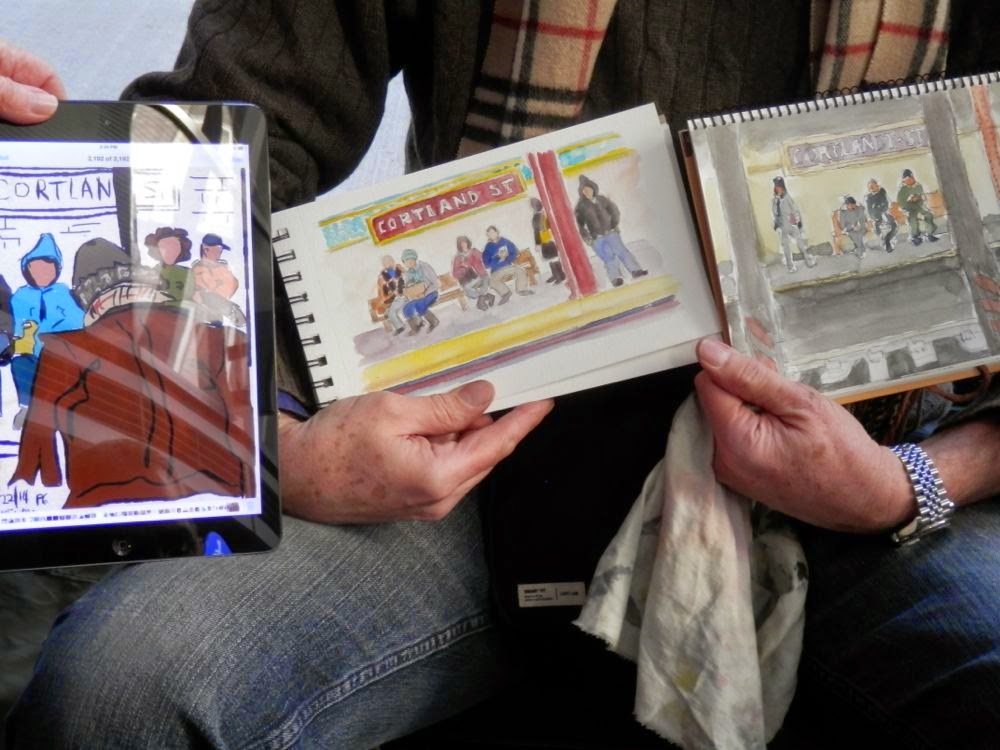 After sharing our sketches a group of us headed over to the "Dr. Sketchy" event on Orchard St.
It wasn't a "urban sketching" setting so I'm not posting my sketches here. It was a lot of fun though!
They will be on my blog in the next few days if you want to see them.

Posted by Joan Tavolott at 6:26 PM