The Sketchers were out in force on Saturday, November 22nd at the brand new Fulton Street Station near Ground Zero. This was a bit too shiny and flashy for me so I went into the bowels of the subway where I set up my chair and did two sketches.  The first was in watercolor and painted carefully with a pencil underdrawing: 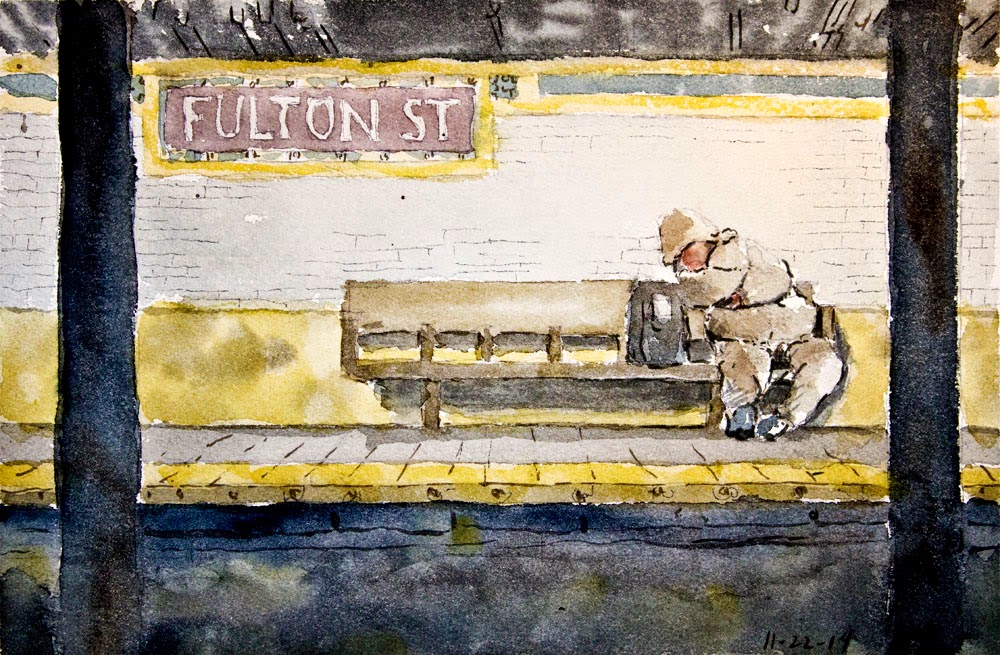 We went to lunch and I ordered a tuna sandwich but was served ham.  But WTF this is the sketch group and food is only the fuel for more sketches... tuna... ham... it all goes to the same place.  Afterwards I went back into the underworld to the D Train with Joan and Pat and completed this sketch which was drawn freehand with a Stabilo 88 fine point pen then painted. 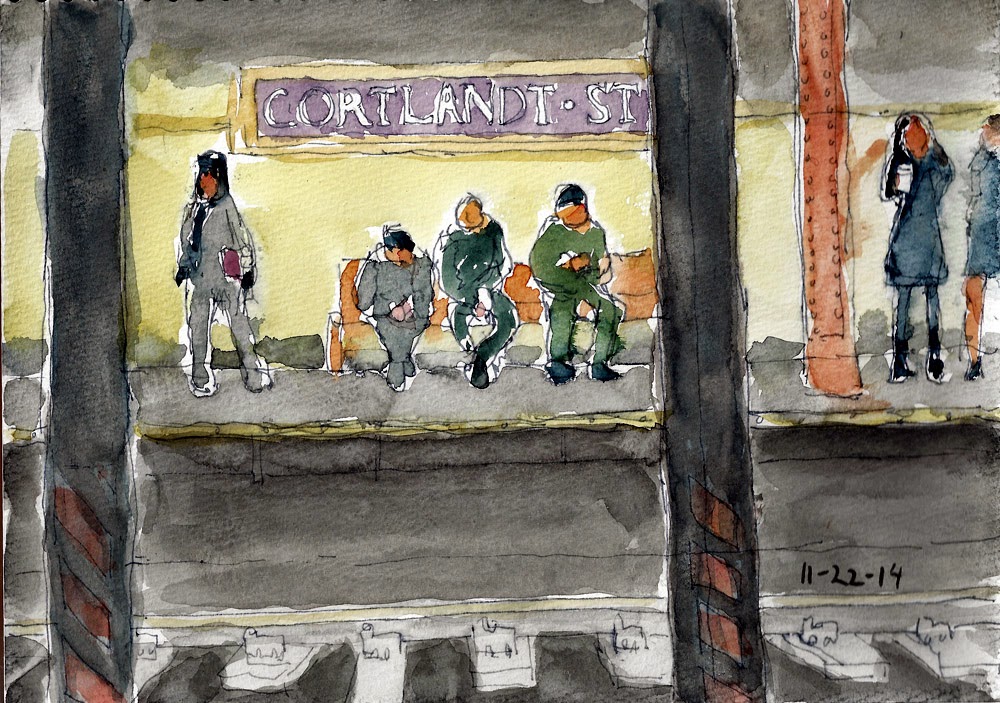 I really liked the more spontaneous feel of this one and here is a detail: 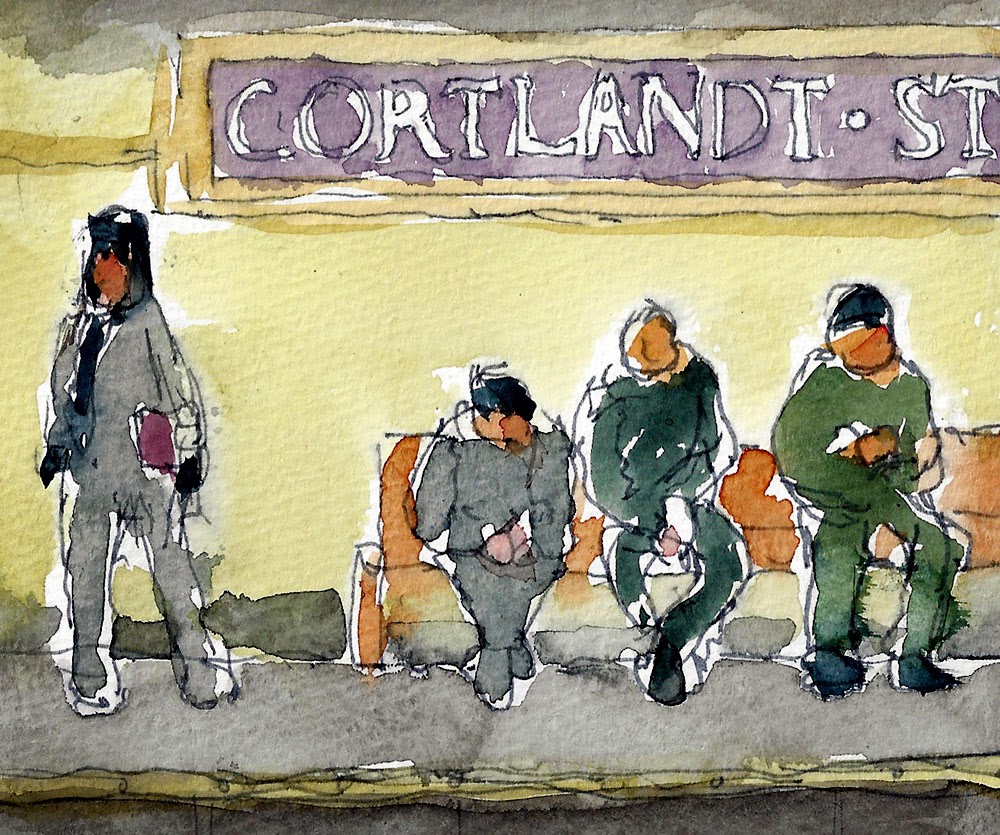 Afterwards a few of us went cross town to a Dr. Sketchy event on the Lower East Side, through a pretty creepy subway station I think was the J train.  My kind of place... true Old New York! 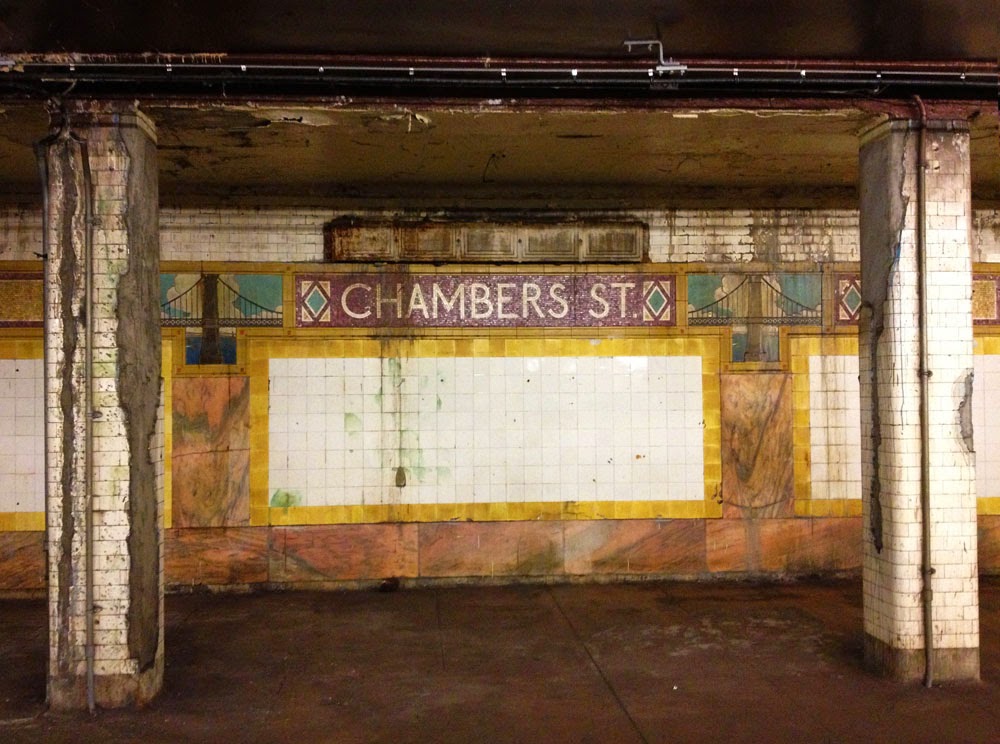 We survived the trip and had a great time with Dr. Sketchy on Orchard Street.  All in all, a wonderful day with the Sketchers!