On Sunday, November 16, the NYC Urban Sketchers met downtown on Spring Street at the Fire Museum. No, no ,no. We didn't spend the day toasting marshmallows. Hmm. Not a bad idea.

This museum is filled with everything used to fight fires. I was, as per usual, overwhelmed with all the detail on all the magnificent very old fire engines and equipment and, after spending some time exploring the first floor with my mouth agape - the main water line was a log with the center bored out!! back in the old times - I went up to the second floor.

This floor was also chockablock with more old ornate fire engines, equipment, portraits, doodads on every surface. I rested my eyes on some old illustrations and eased my way into sketching. 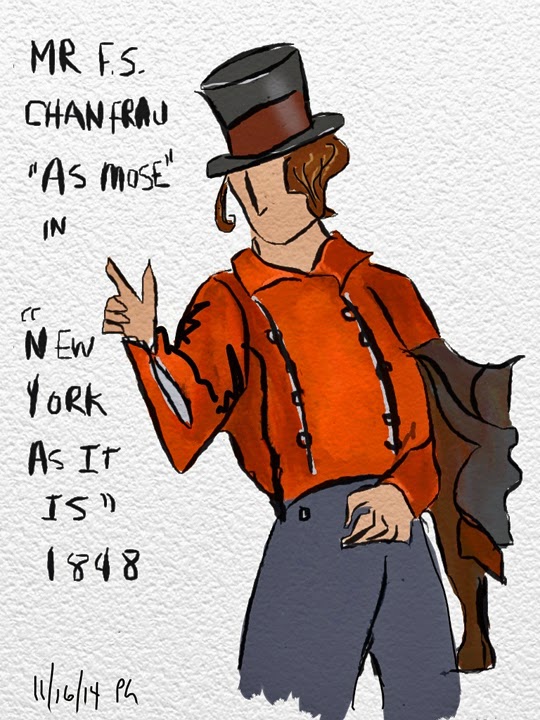 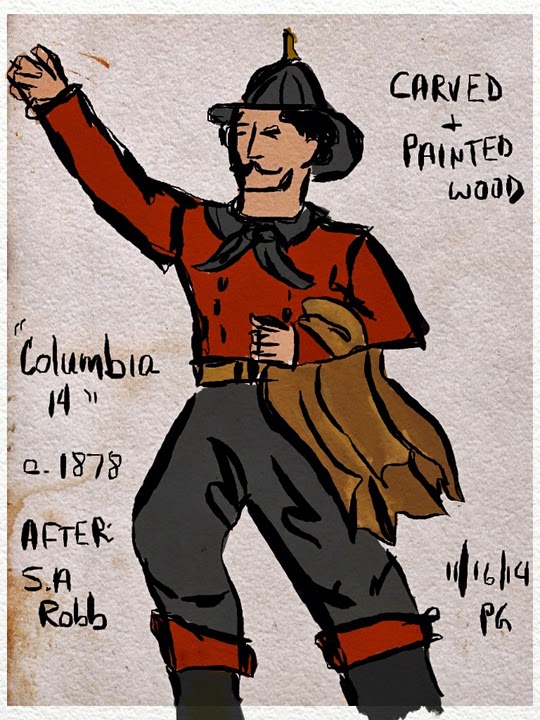 Still floundering around I returned to another illustration of this actor in an 1848 NYC play. 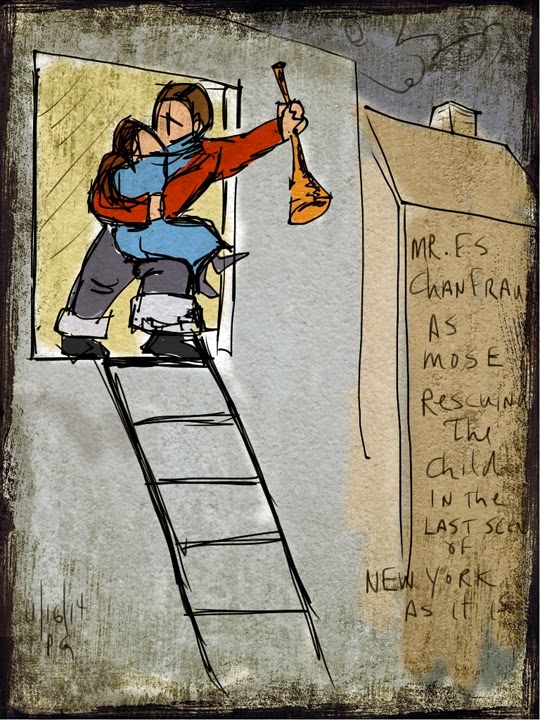 Lunch was at a nearby Mexican restaurant. Nicolas is the son of one of the sketchers and seems to have picked up the lunchtime sketching habit as well. 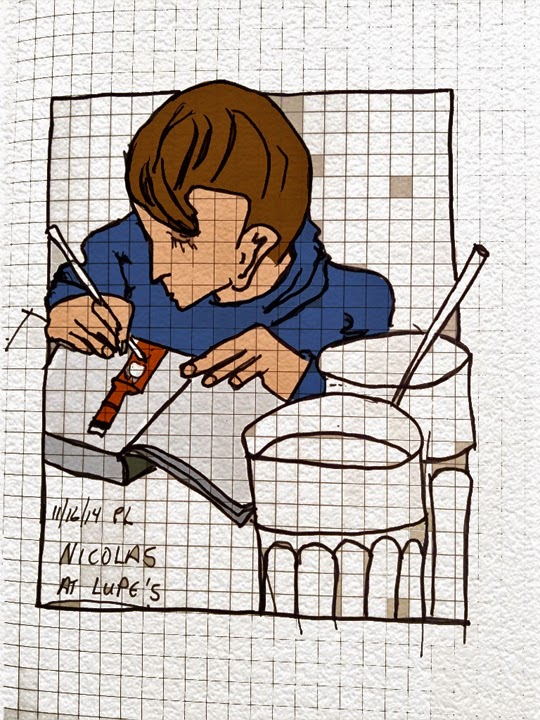 Fortified, I was back on the second floor. Everyone was drawn to this machine. 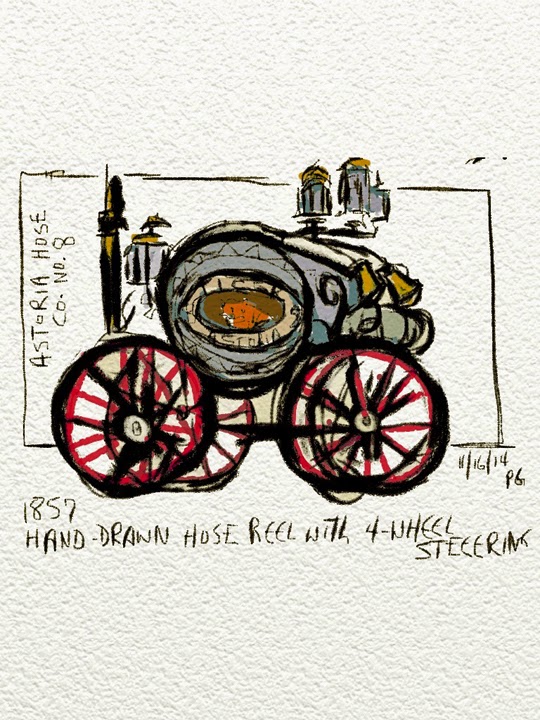 The previous drawing wore me out so I moved my chair and regrouped. 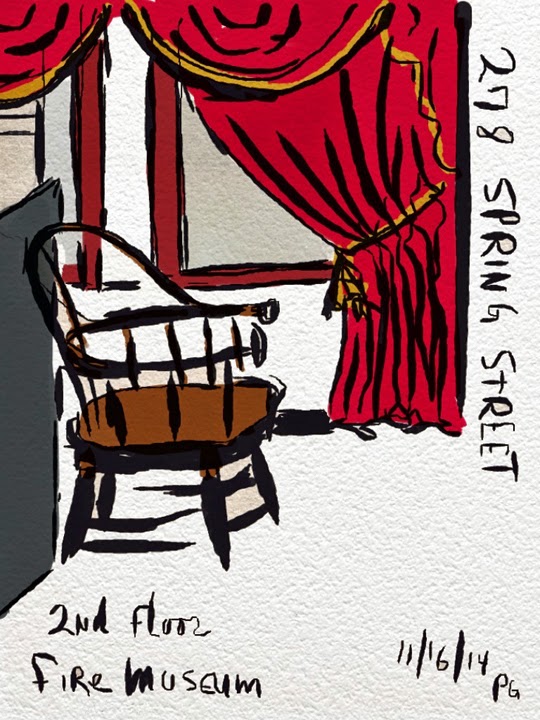 Ok. Eyes all rested I walked around the displays and found a model of "Red Rover" and then it was time to leave. 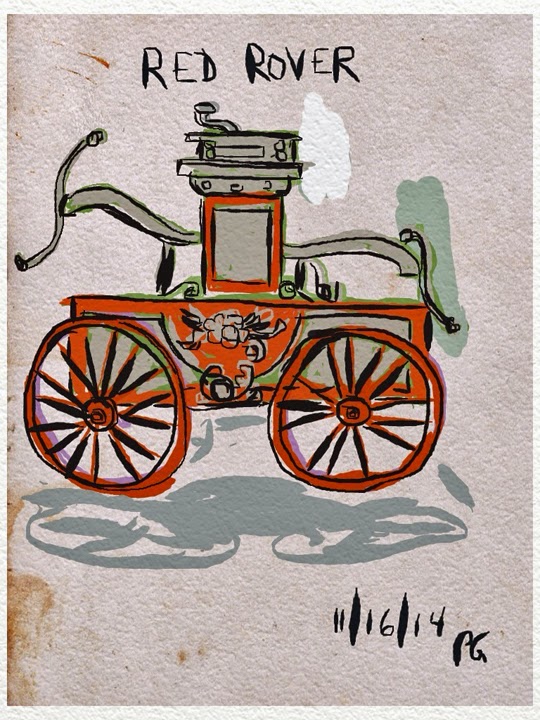 Downstairs everyone (there were many) was getting ready to exit the museum when a couple of us (Mark and I) realized we hadn't sketched Jim. He was all packed up and ready to leave but stood nicely for a couple of minutes (literally) while we sketched him. It's mandatory. 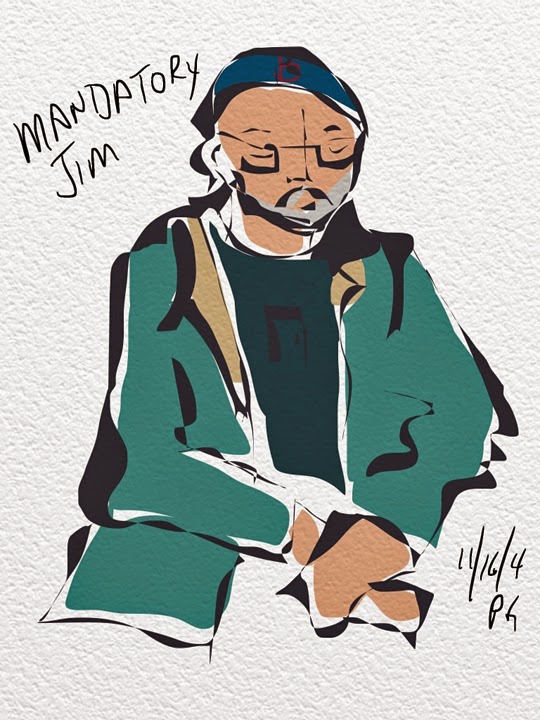 After that it was off to the Mandatory Bar for show and tell, etc.