(compilation of two of my blog posts - better late than never?)

Saturday, November 15, after some weekend subway musical chairs due to construction, I joined the Central Park Sketching and Art Meetup Group in the Brooklyn Museum and happily copied paintings with about 30 other sketchers. 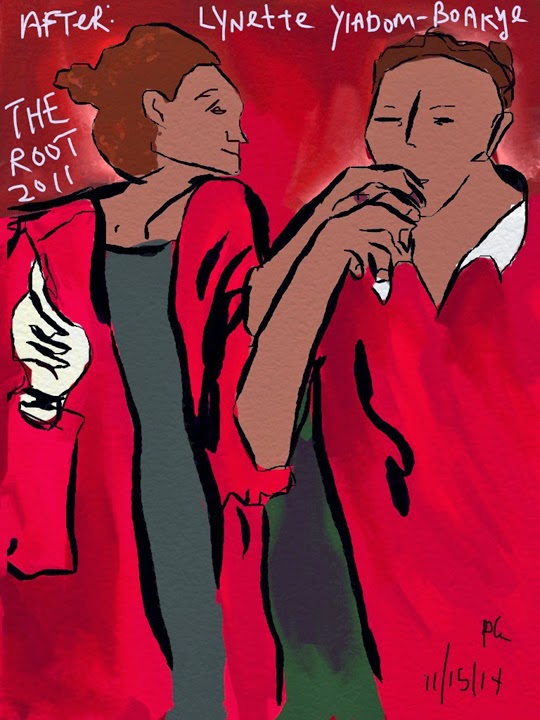 After each hour we were able to find a quiet corner to display our drawings. 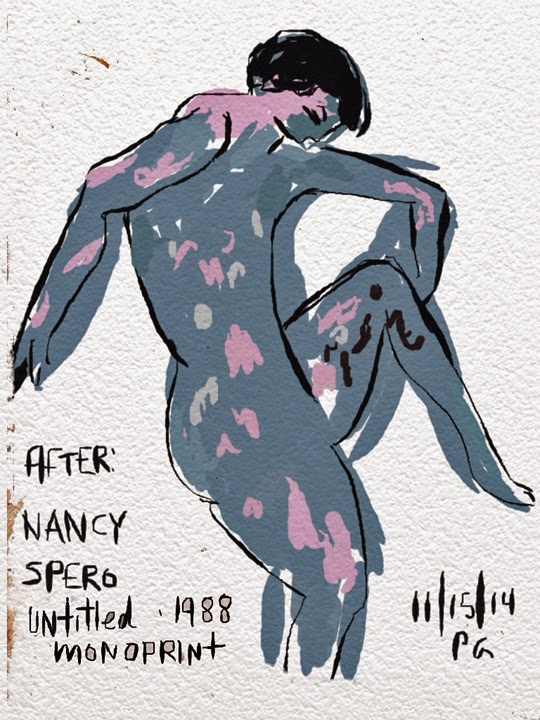 I impressed the security guard with this one. 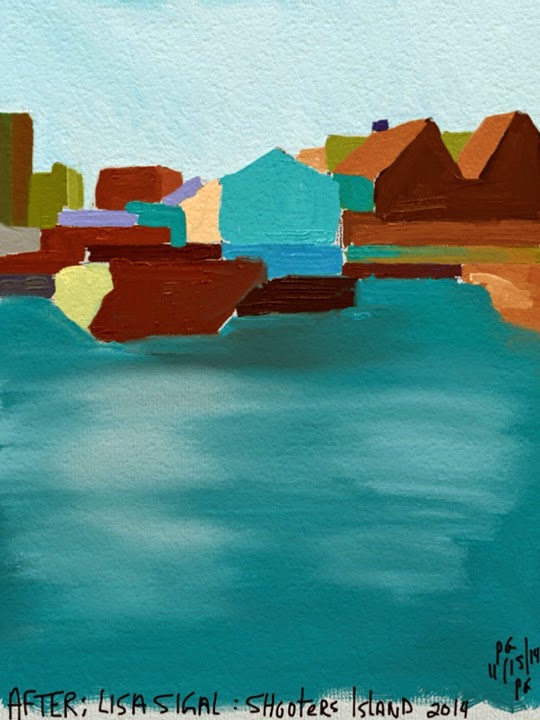 After everyone left I wandered through the African art for awhile. 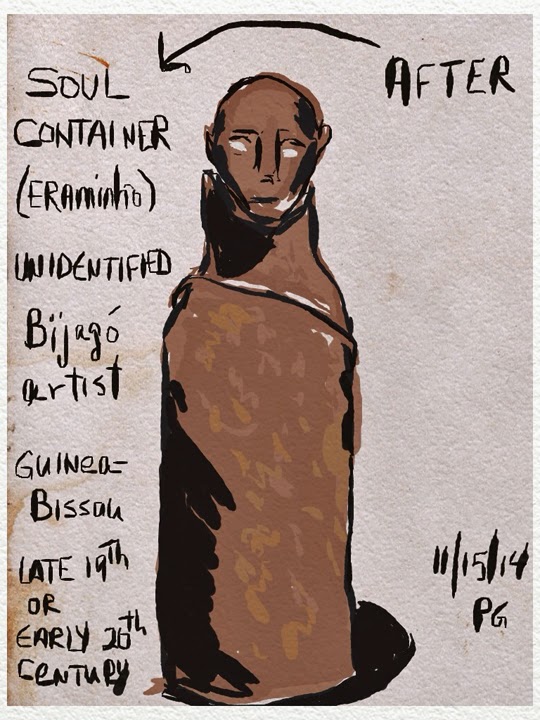 But my day wasn't finished yet. I got back on the only subway that seemed to be coming to Brooklyn on that day and headed back to midtown Manhattan. There was one more place to be.

The destination was the High School of Art and Design on East 56th Street. The event was a fundraising Draw-A-Thon. Boy, was I pooped by the time I got there. Free Coffee! Yay! I ran into Mark and Marie from NYC Urban Sketchers. I never run into people I know. This sketching thing is really opening up my world. Making me mucho tired also.

The large cafeteria was set up with numerous stations for the clothed models to pose. I found an empty chair and drank my coffee until all the models returned to pose. I was having difficulty drawing the very thin, leotard clothed model so I turned my attention to the sketchers across from me. 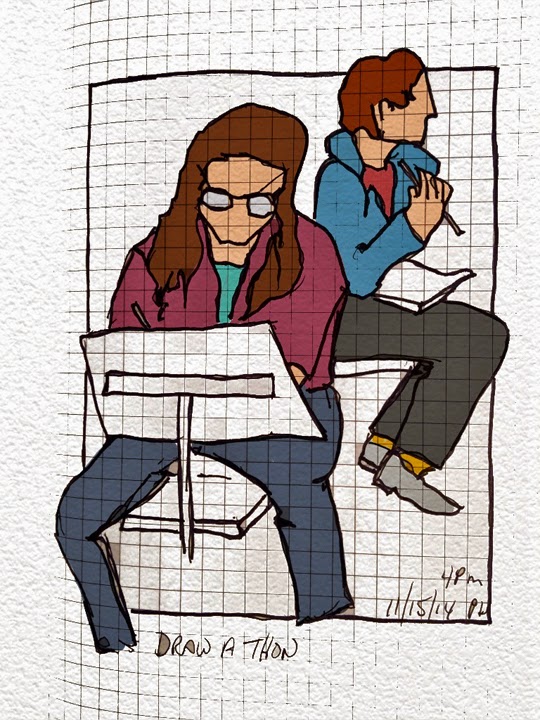 In this room there were stations labelled "gestural", "long pose", and "all day". There were also two areas that had students posing as cosplay characters. Don't ask me, I didn't have a clue who they were supposed to be, but it was fun to sketch them in their outrageous and threatening poses. Cute little faces with braces snarling at each other. In the gymnasium were the nude models. Same labelled stations and really great lighting on the models. No kids allowed without a parent.

I made my way to another area and while the models were on a break I, well, guess what I did? 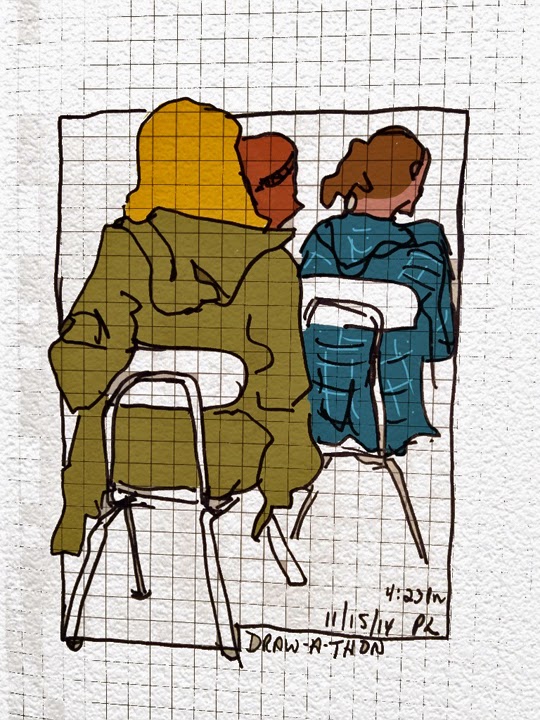 After I finally, successfully, did a non-urban model drawing, I called it a day and started to walk to Penn Station. Now I had a mile to walk south and, since I was between Second and Third Avenues, there was close to another mile to walk west. I started walking in a zig-zag pattern to fool myself into thinking it was a shorter walk. Every time I had to stop at a traffic light I switched direction until I was stopped again. I found myself next to a subway entrance near MOMA that I didn't know about and my feet stopped zigzagging and took me straight down those stairs and into a train that let me out right inside Penn Station.


Process for the last two drawings:

iPad; New Trent Arcadia stylus.
Gridded notebook and Pilot V-ball pen which I went over with Pitt Brush Pen, sketches photographed using iPad and then imported into ArtRage . #3: Finngr Pro and ArtRage for color.
Posted by PatriciaG at 2:38 PM