On Thursday Mark arranged for us to meet with Don Colley and listen to him talk about and demonstrate his sketchbook practice and the myriad ways to use Pitt Artist Pens.  He is a spokesperson for Faber-Castell and this is a part of their "Creative Academy Road Trip"  program. 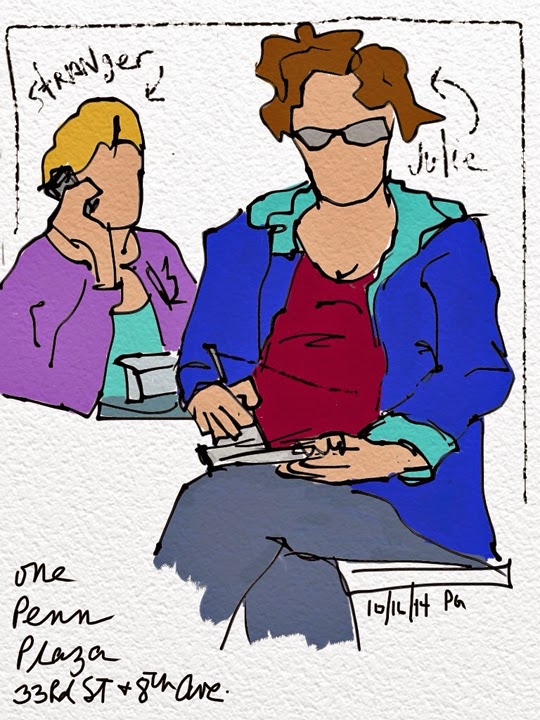 The day started off RAINY RAINY RAINY but at the end of the event being held in one of the rehearsal rooms at Pearl Studios (in case you want to rent a space for something, just sayin') the sun was shining and, instead of eating indoors at the crowded place across the street we all walked a couple of blocks to the One Penn Plaza public space.  Well, duh, how many times have I left/entered Penn Station via the 8th Avenue and 33rd Street entrance and this is the Very First Time I discovered the existence of this cool place to hang out for hours.  I can only repeat:  DUH! 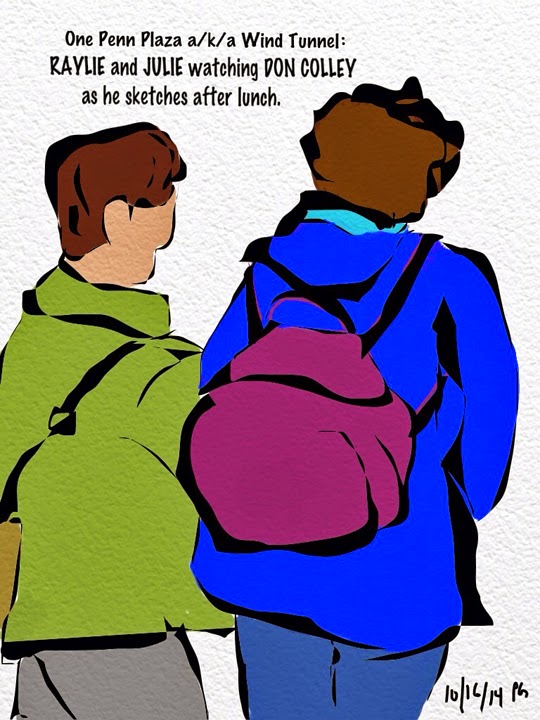 As usually happens, Christine decided it was time to leave a few minutes after I started this sketch. 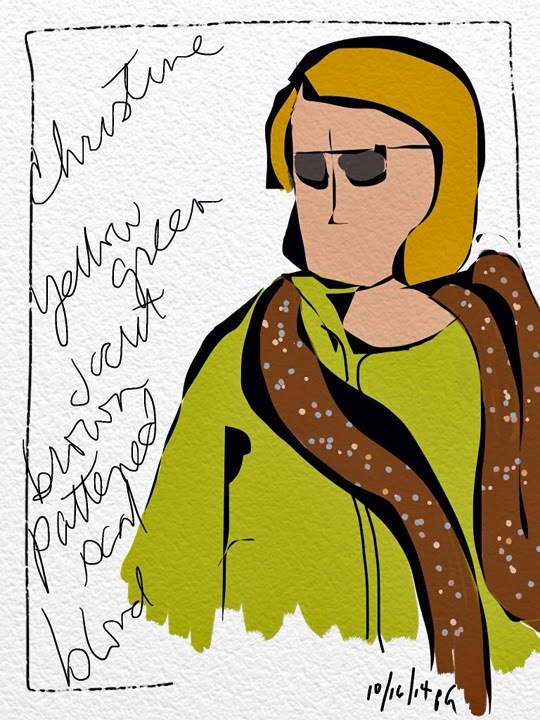 On this day, because of the orientation, (N/S), the public space was One Giant Wind Tunnel.  So, even though it looks like I was stalking Julie, I was merely trying to withstand the strength of the wind and she was always right in front of (too lazy to move around) me.

This is what Don was sketching while I was drawing the watchers. 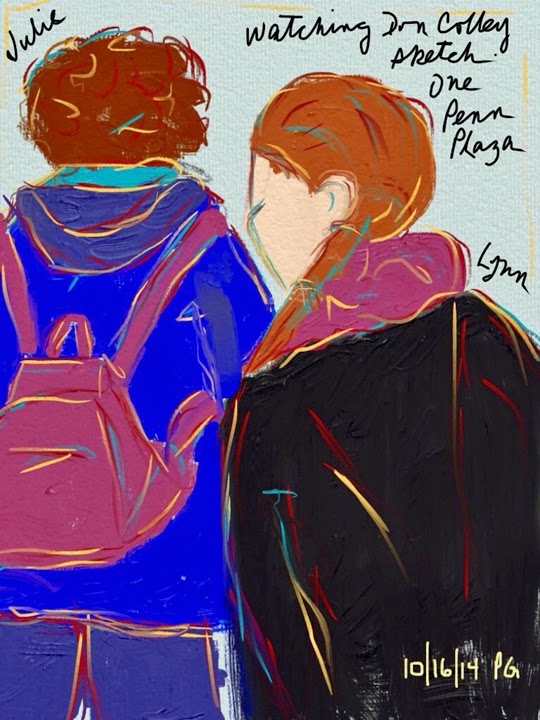