On Saturday I joined the NYC Urban Sketchers (as part of the 45th USK Sketchcrawl) at the newest section of the High Line. We attracted a lot of attention as we sketched. Usually no one notices but on this day it was as if there was a giant neon lit arrow pointing at us. 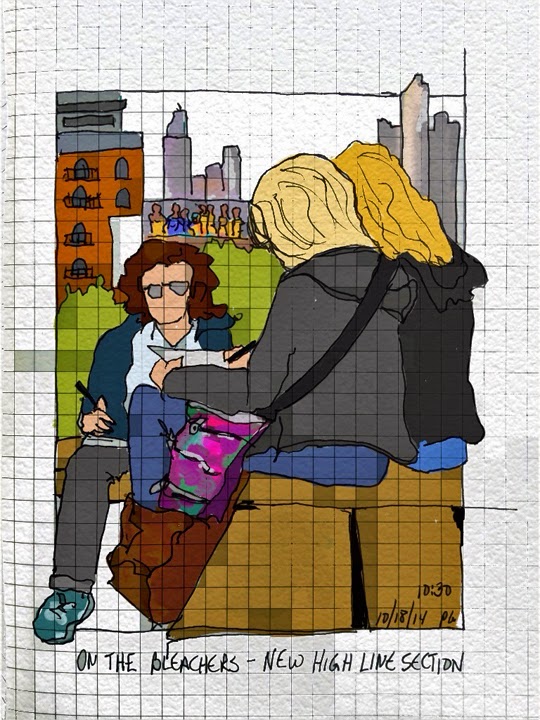 Of course, it could be that we were all in a big clump instead of scattered. We must have looked like One Big Super Duper Sketchbook with human appendages. 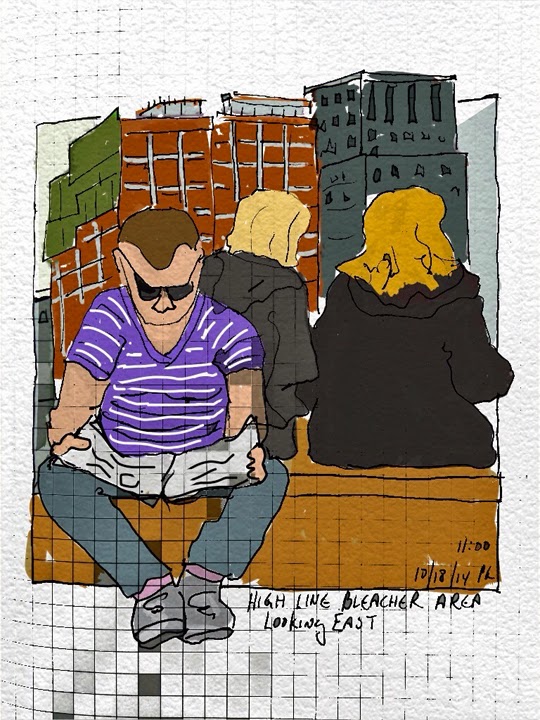 To the west was the Hudson River, New Jersey and lots of boats. To the east were skyscrapers and zillions of cranes, not to mention an equal number of railroad tracks covered with trains snaking their way, from and to NJ, under us, into the back door, (Long Island trains go in the front door, ahem, just IMHO), of Penn Station. 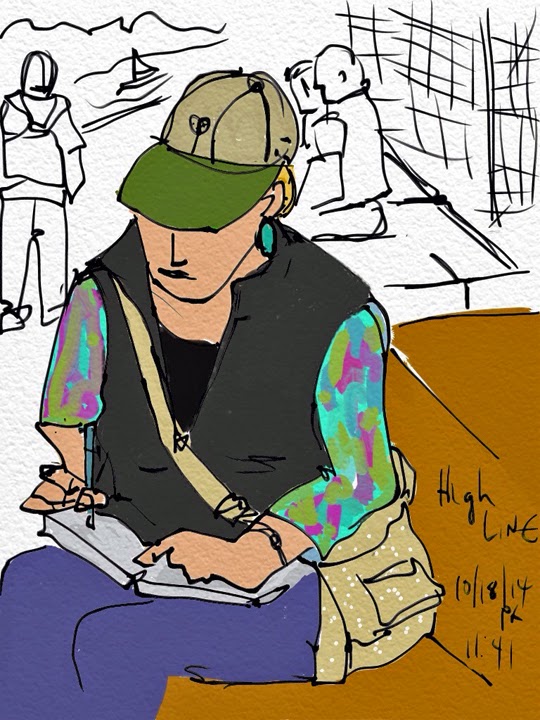 Stomachs growling, we all walked the High Line to 23rd Street and sat at one big table. 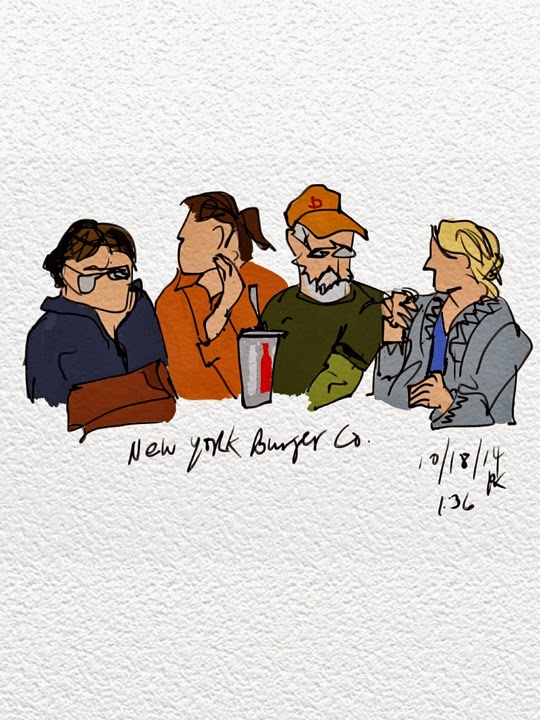 Back to the High Line, passing an accident - guy drove into one of the girders holding up the whole shebang - and some of us headed north and others went south. I had a little adventure, a Spectacular Fall, not too long after I finished this sketch. Everything was still in working order so a few of us continued walking southward to the end/beginning and then turned around and retraced our steps. 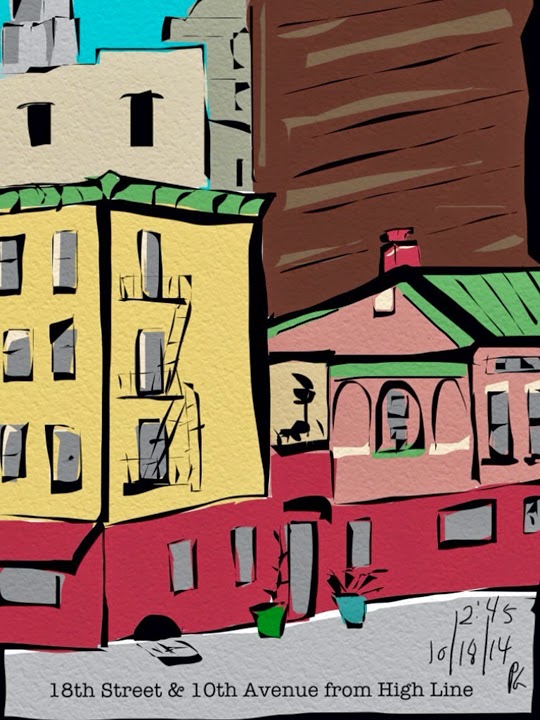 Like clockwork, all the scattered sketchers converged at a preordained local bar and there was lots of chatter while we did show & tell with our sketches. It took awhile.