I've been home for a bit more than a week, and it's taken all this time to get it together to create a post about the 5th Urban Sketchers International Symposium.  Part of the delay came from wanting to reflect on the experience.

This is the first of what I hope will be a few posts.  This one focuses on -  Paraty the Place.

The Brazilian Urban Sketchers campaigned very hard to get the award to host the 2014 event.  After the Symposium last year in Barcelona, it never even occurred to me that in 2014 we'd end up in Brazil. I'm glad we did and considered it a fantastic experience, in a beautiful place with wonderful, talented people

It was a long trip.  It was even a long trip for the sketchers from the different cities in Brazil.  The only group  that found it easy were the 10 or so Paraty Urban Sketchers.  It was a ten hour United flight from NYC followed by a 7 hour bus ride to get there.

The locals pronounce the place  - "per-Atchy"  A bit of history:
In 1698 after the discovery of the richest gold mines in the world Paraty became the export site for the mined gold being transported to Rio de Janeiro and then from there to Portugal.   Eventually this route was abandoned because the transport ships were plagued by pirates who hid among the many islands in the bay.  The town remained mostly untouched over all those years and has just been rediscovered.

I got to Paraty a few days before the Symposium started and the town was already filling up with sketchers.  Nearly everywhere you went you ran into happy friendly people with sketchbooks - people from all over the world.

A group of us got together and rented a boat to cruise the bay and explore the islands.

Here are my sketches from that day.  I did lots of quick sketches of the boats and islands.  When drawing people it was hard not to sketch people in the act of sketching: 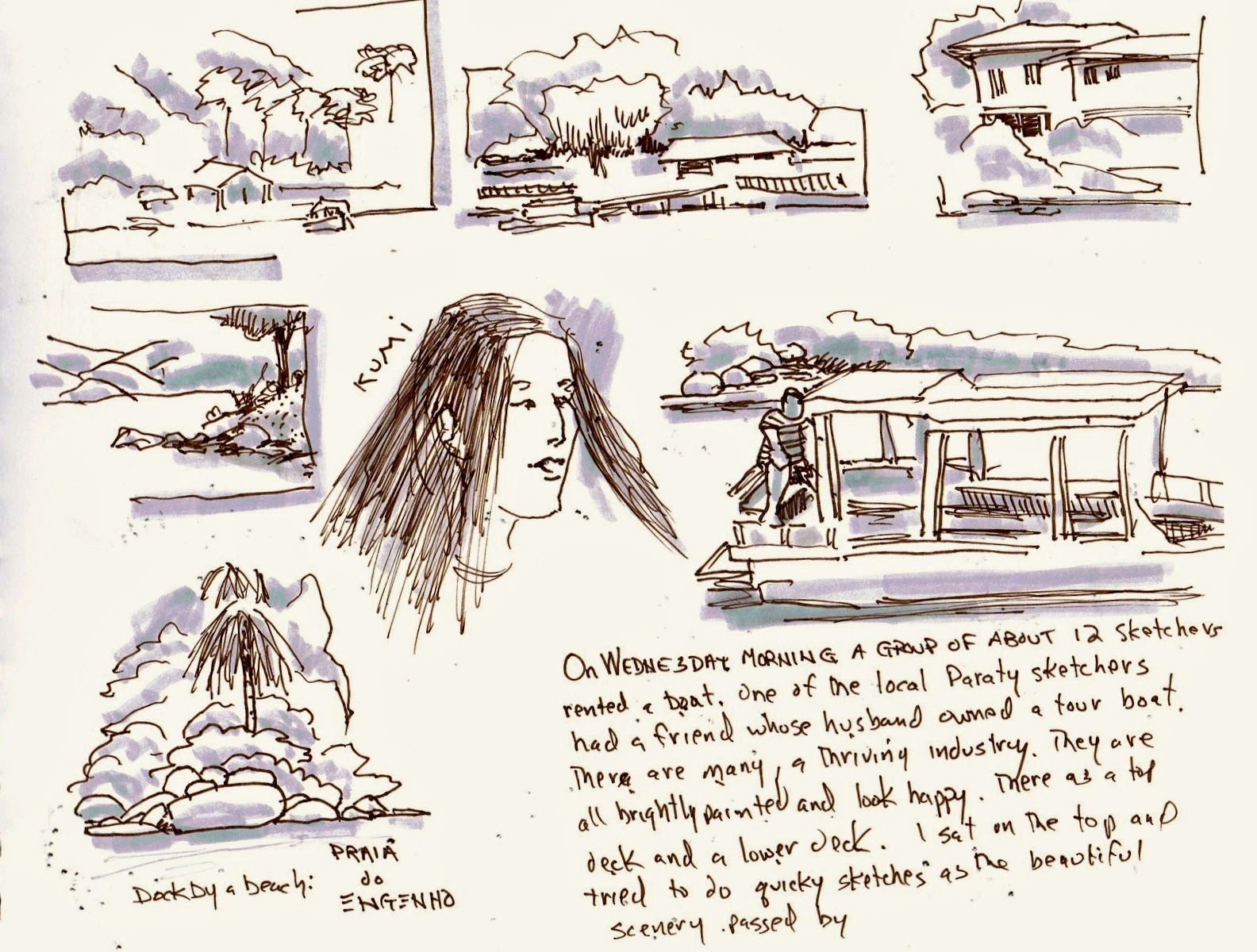 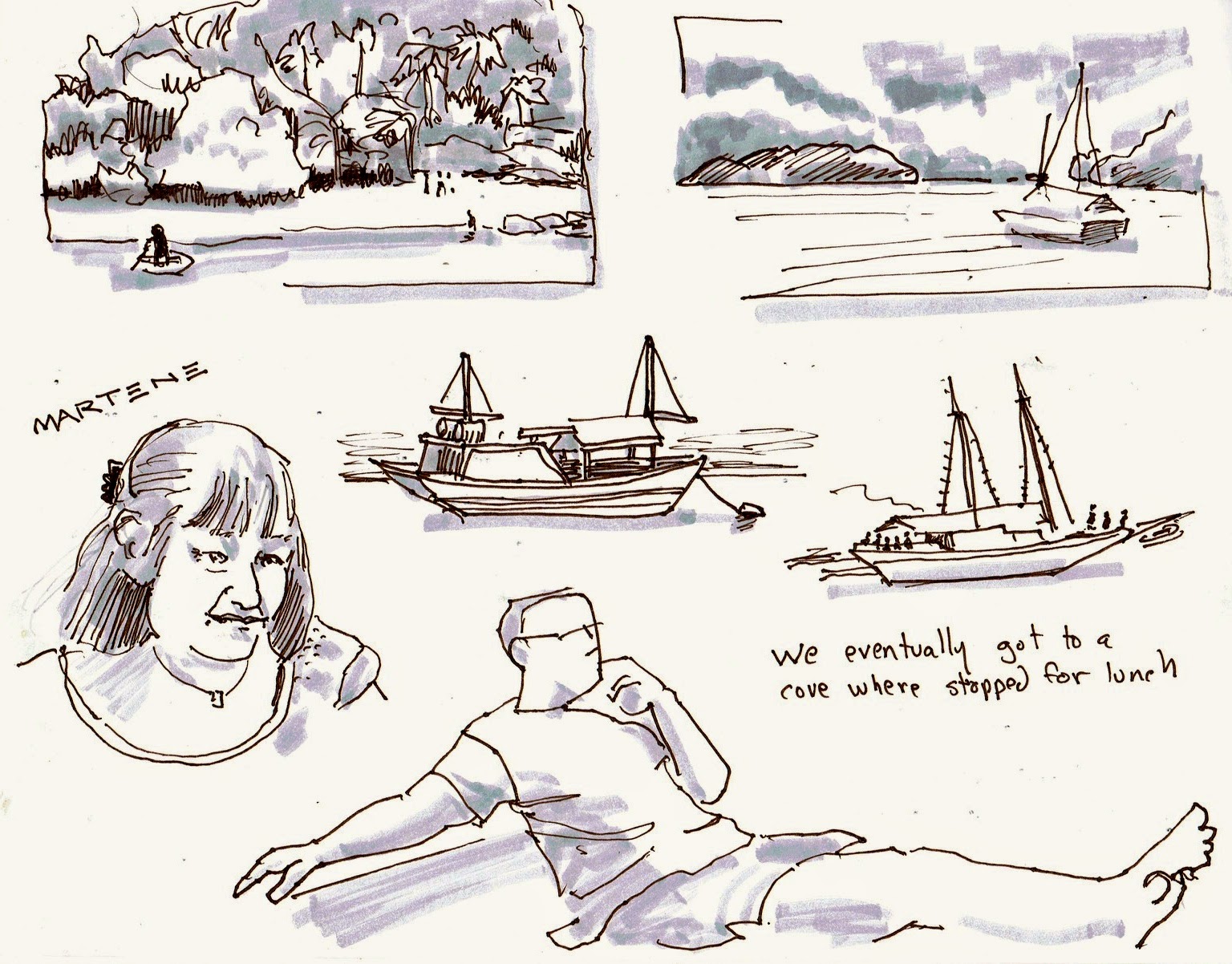 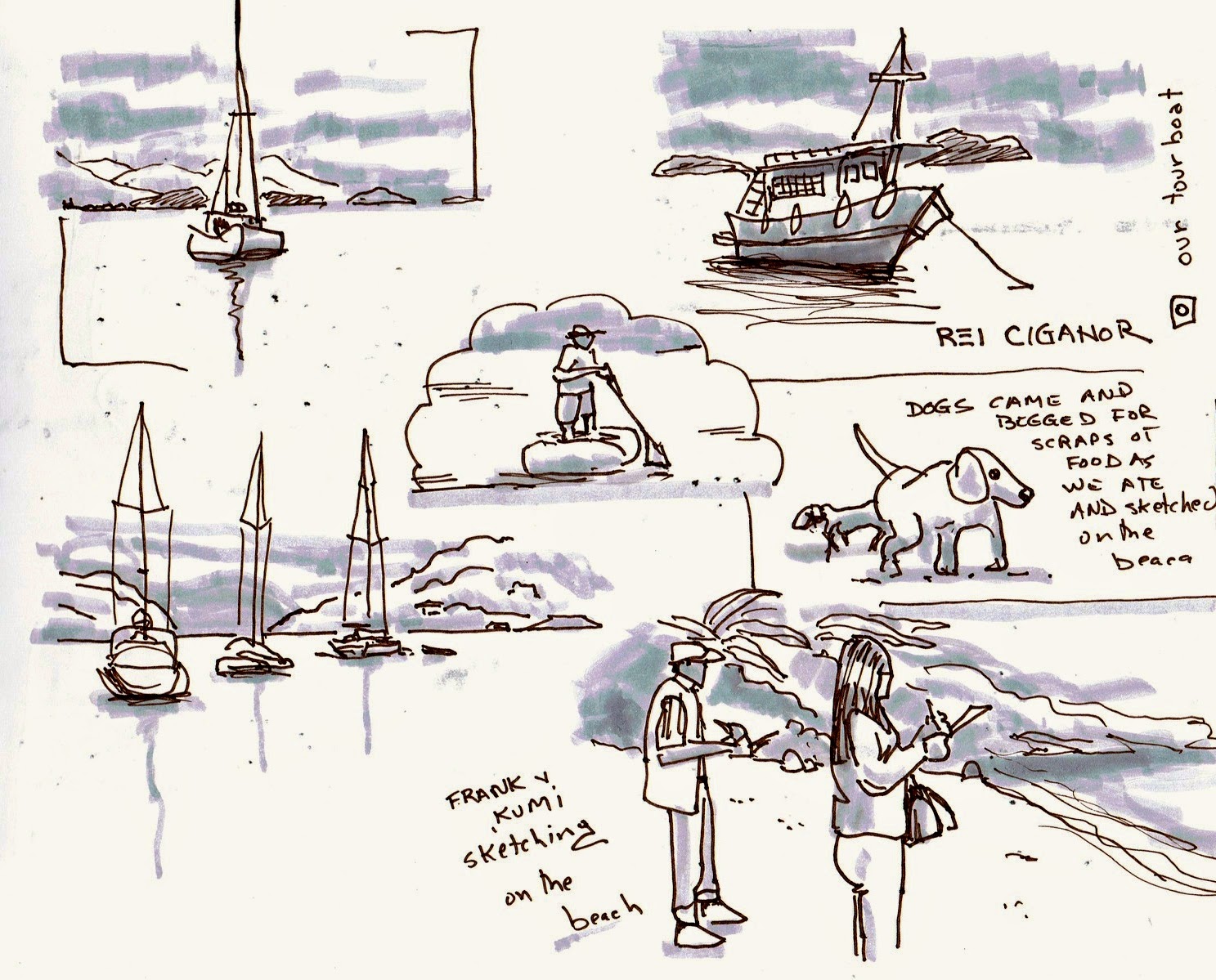