(This is a compilation of three of my blog posts.  The links - if they show up - are to the blog of Mia and the film of Lynne's which were posted to this blog earlier in the week.)

Since I had Saturday off (due to a switch of shifts with someone else) I got on the train early, walked from Penn Station to the R Train, which took its own sweet time getting me to 25th Street in Brooklyn. The destination was Greenwood Cemetery. This blog post will give you more insight about the place than I will, plus, it has the added bonus of a glimpse of me(!). 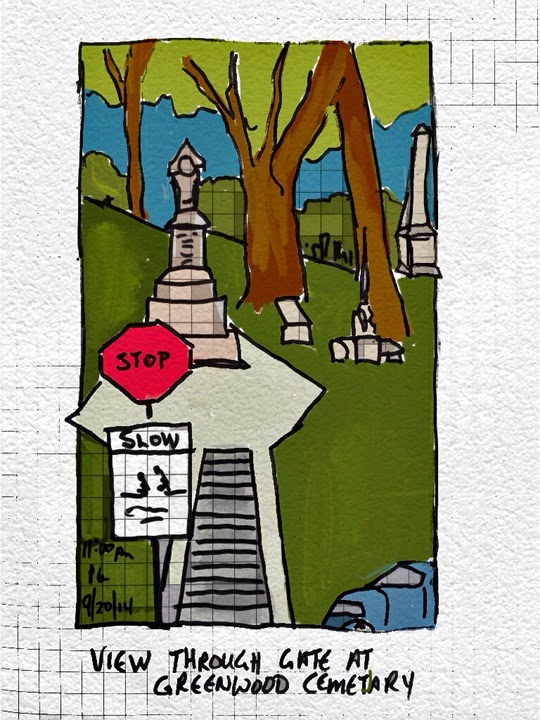 I found the NYC Urban Sketchers outside the gates sitting or standing and successfully sketching the ornately, intricate facade. As you can see, I adeptly avoided any semblance of intricacy. 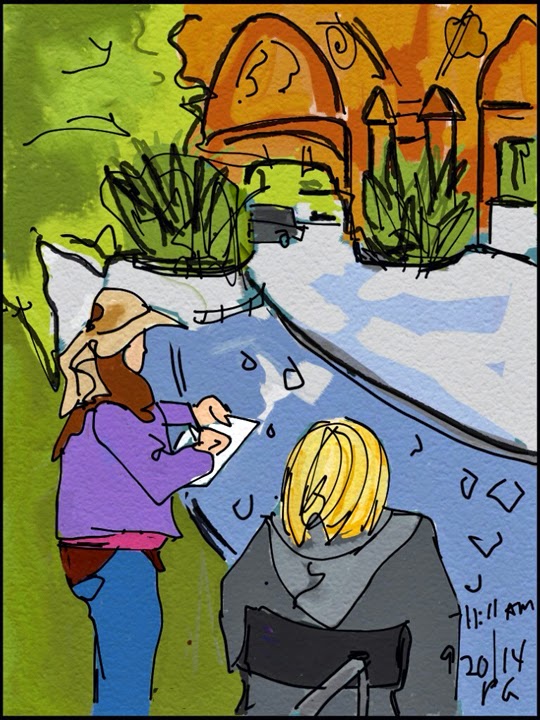 Inside the cemetery I spotted some steps to sit on which afforded a view of the rear of a mausoleum. 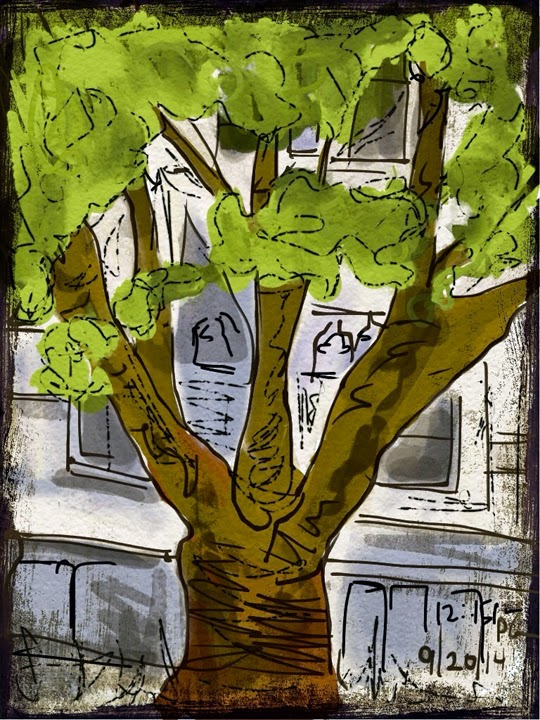 I walked up to the 1:00 meeting place and, while waiting, I sketched this urn, the view from the convenient bench. 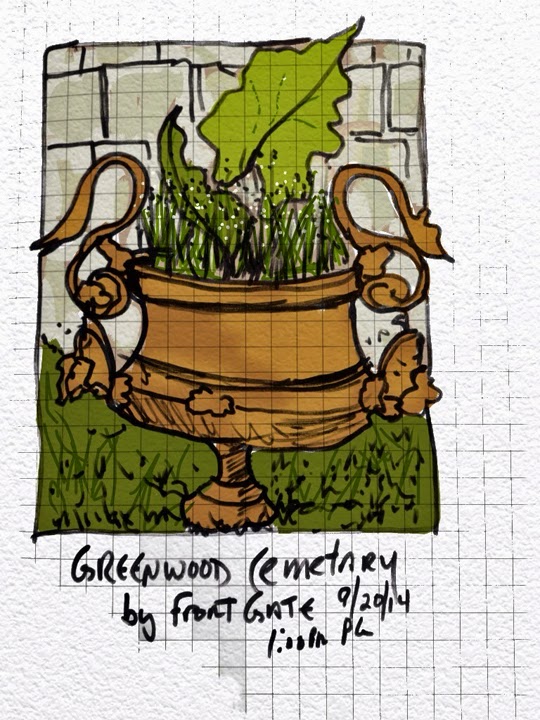 Greenwood Park is the name of the restaurant a few (many) uphill blocks from Greenwood Cemetery. We had lunch in this beer garden, sitting outside at long tables. I got carded at the gate! Well, he took a second look and told me not to bother. Sigh. It was a happy, bustling place and we all felt that an entire day could be spent here.

Hugh posed for Mark, next to me, so I took advantage of the situation. 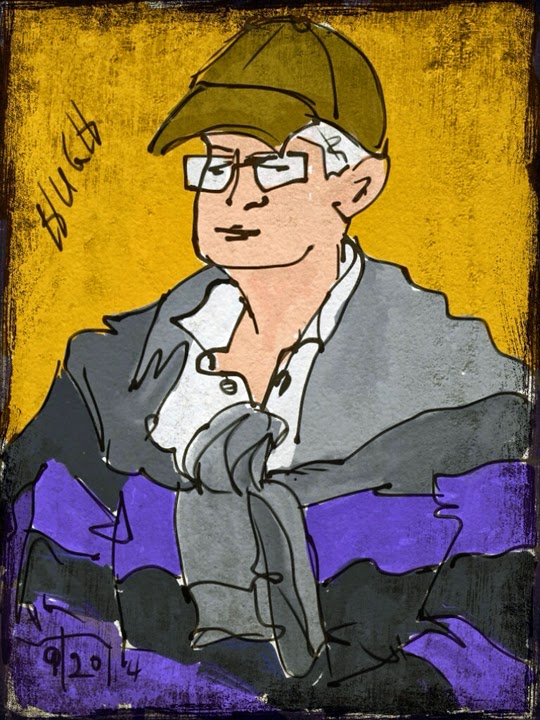 They were at the table behind him. 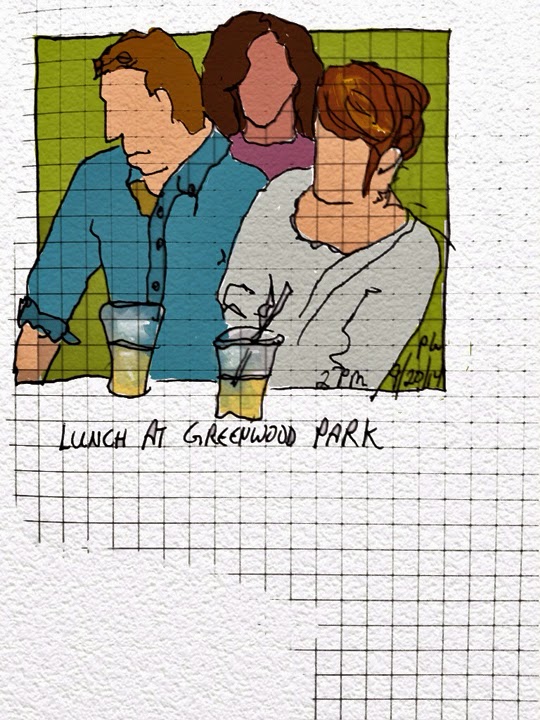 There were so many NYC Urban Sketchers that we had to use two tables. That's Mia over there sketching someone opposite her. 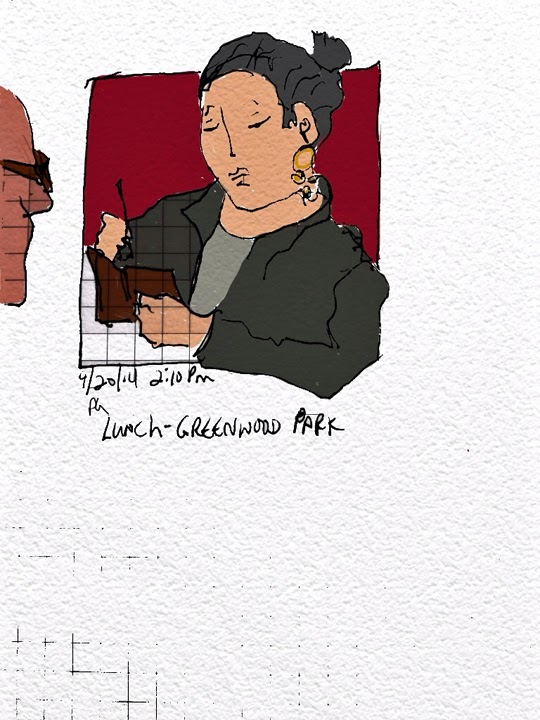 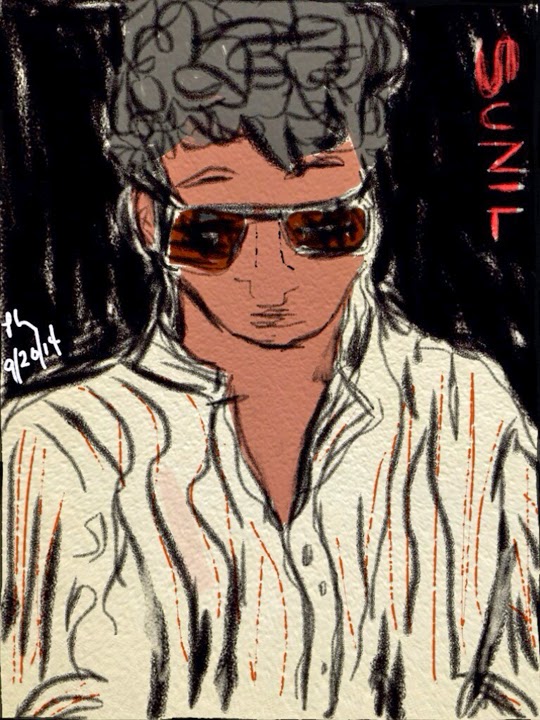 By the way. I had the BEST IN THE WHOLE WORLD (no exaggeration) Veggie burger I have ever ever ever eaten. YUMYUMYUM.

And. If you follow this link and don't blink at the Exact Right Moment you will catch a glimpse of me.

Some of us walked back to the cemetery and some left. Stay tuned.


Five of us sat on a curb, partially in a lopsided gutter, ditch or gully - whatever the right word is -,  happily sketching an angel. 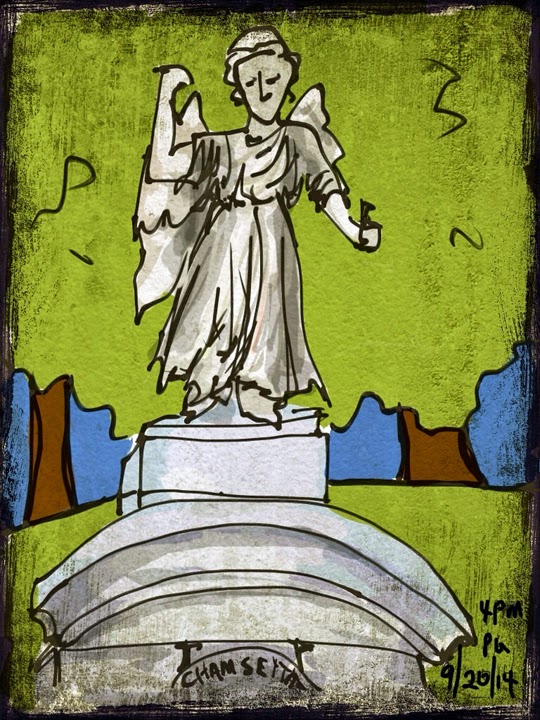 And wondering why "." is carved at the end of the name on this mausoleum. 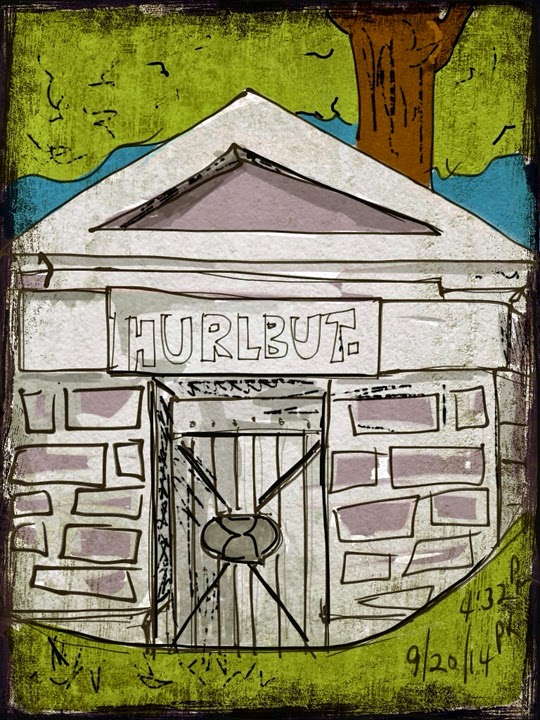 AND THEN...as if the day hadn't been magnificent enough...Susan saved me from the dreaded Super Duper Slow R Train and drove me all the way to my car parked at the train station near my house, thereby saving me probably two hours of travel.

(Process for the above two drawings:
iPad; New Trent Arcadia stylus.
Apps Used: Zen Brush and ArtRage)
Posted by PatriciaG at 11:32 AM