Washington Heights in the northern end of Manhattan is named for Fort Washington, a fortification constructed in 1776 at the highest point of Manhattan by Continental Army troops. General George Washington selected this strategic high point as his base of operations during the Revolutionary War.
We will start the sketch in Bennett Park, a neighborhood gem, built on the site of Fort Washington. The fort’s former contours are still outlined by granite paving in the southern portion of park. The park features an outcropping of Manhattan schist which is the highest natural point in Manhattan (267.75 feet above sea level, identified by a stone marker) and the Hudson View Gardens apartment complex on the west side of the park, representing a relatively early example of Tudor design in the city, predating Tudor City in Manhattan. From the Bennett Park we will walk down the sloping Pinehurst Avenue and 181st Street (a walk which New York Times says “echoes” of Montmartre) down to a small terrace perched at the end of 181st Street with a fantastic view of the George Washington Bridge (which is by the way the world's busiest motor vehicle bridge) and the Palisades. We will spend another hour or so here before moving on for lunch. 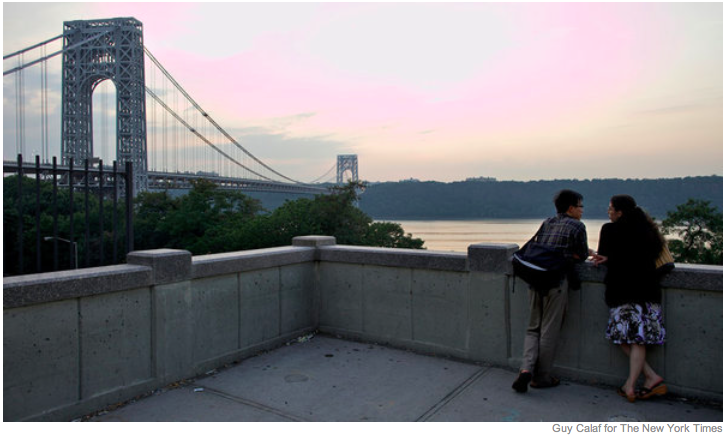 After lunch we will move to the original inspiration for this trip – The Little Red Lighthouse, Manhattan’s only remaining lighthouse and the main character of Hildegarde H. Swift’s 1942 children’s classic, “The Little Red Lighthouse and the Great Gray Bridge.”
The lighthouse, built in 1880 and moved to Jeffrey’s Hook in 1921, warned ships away from the shore as they made their way down the narrow channel between New York and New Jersey. However, when construction of the great George Washington Bridge was completed in 1931, the lights of the bridge’s 600-foot towers overwhelmed the little lighthouse, and according to the book, made him feel small and unimportant. But at the end of the story, the bridge reassures the lighthouse that it is still needed to guide boats which are unable to see the lights high atop the bridge. The story became so popular that when the lighthouse was slated for demolition in 1951, thousands of children started a nationwide campaign to save it. Thanks in part to their efforts, the lighthouse is now under the ownership of NYC Parks & Recreation.
I have to admit that this particular juxtaposition of large and small, new and old seems very charming to me and makes me smile. I hope it will make you smile too! (Svetlana) 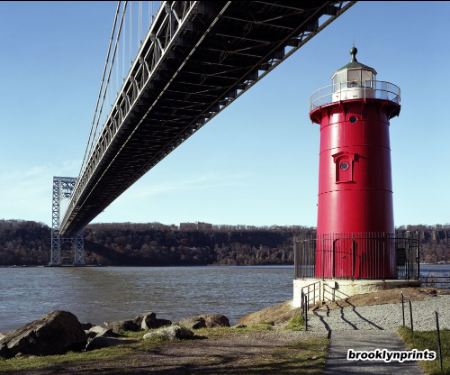 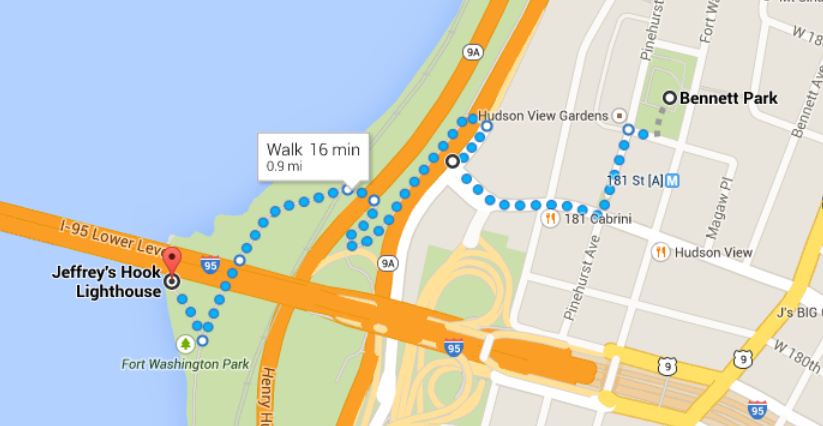 There are no fees or attendance taken. All drawing skill levels are welcome.
Posted by Svetlana B at 1:21 PM