The Dykman Farm   A farm house in Manhattan? The Dykman family first arrived in New Amsterdam in the 1600′s.  They lived and farmed a 250-280 acre farm extending from from river to river east to west, and from modern-day 213th Street to the north down to the 190s to the south.  During the War of Independence they fled to upstate NY.  At the end of the war on returning they discovered their farmhouse and orchards had been destroyed.  The current farmhouse was rebuilt in 1793.  (You would think that would easily make it the oldest building in New York, - ... not even close.  The Wyckoff Farmhouse, on Clarendon Road in Brooklyn is the oldest surviving structure, built in 1652 - … but let's save that for another day. ) 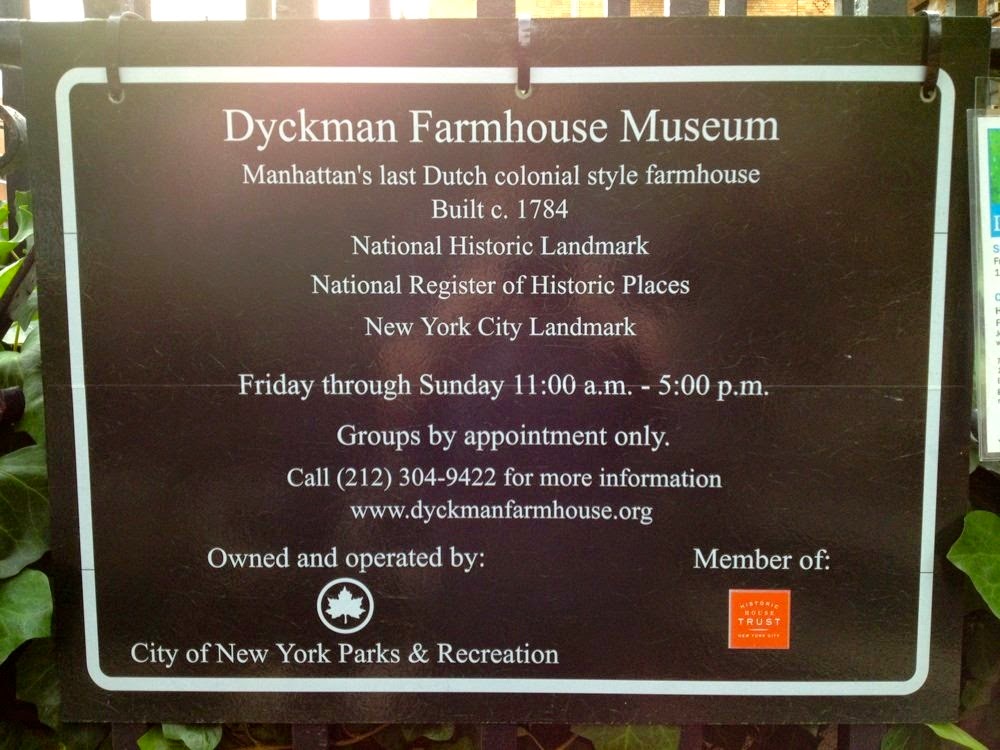 Inwood Hill Park is a living piece of old New York. The only park in NYC that is home to three bald eagles. Being in the woods can really make you forget that you're in Manhattan. It contains the remnants of Manhattan’s last primeval forest and caves where the native Lenape used to shelter.   Evidence of its prehistoric roots exists as dramatic caves, valleys, and ridges left as the result of shifting glaciers.  Evidence of its uninhabited state afterward remains as its forest and salt marsh (the last natural one in Manhattan), and evidence of its use by Native Americans in the 17th century continues to be discovered. 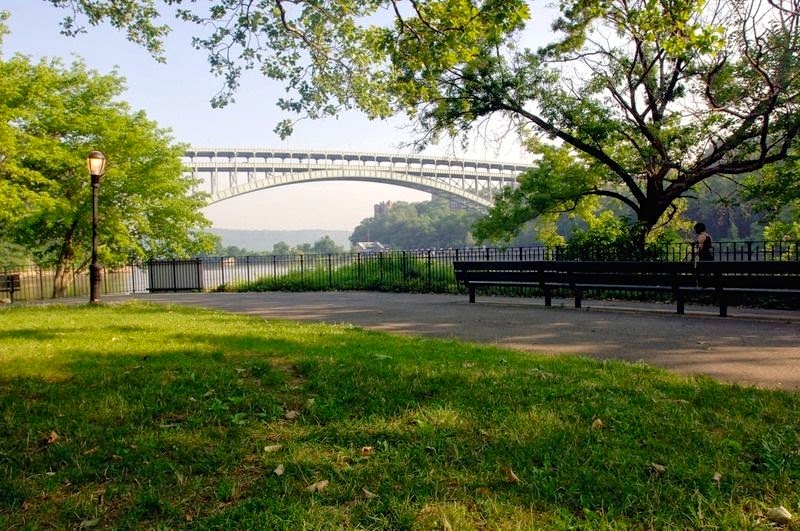 Much has occurred on the land that now composes Inwood Hill Park since the arrival of European colonists in the 17th and 18th centuries, but luckily, most of the park was largely untouched by the wars and development that took place. 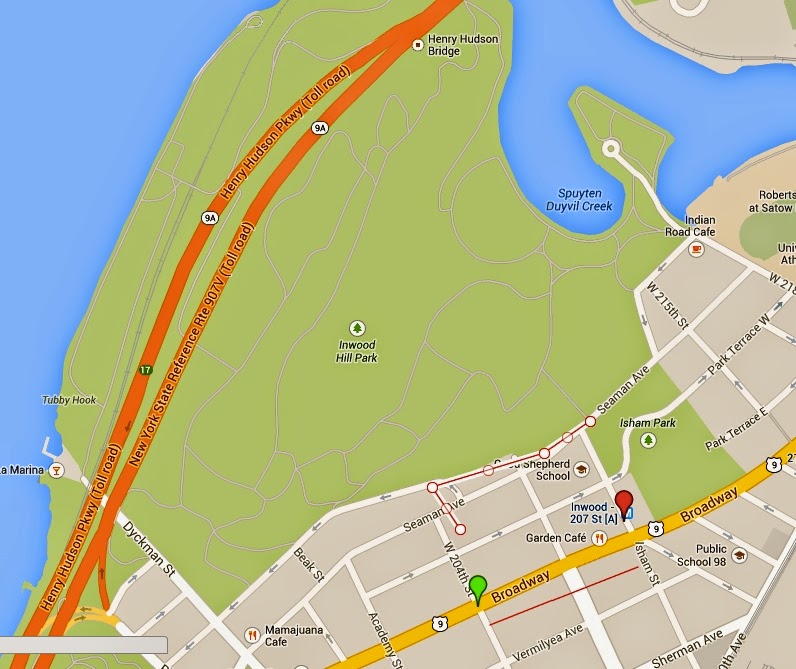 DETAILS
Getting There: The last stop of the A Train is 207 Street. It is a two block walk south to the Farmhouse which is at the corner of Broadway and 204 Street.

Price There is a $1 admission to the Farm, the park is free

Concerns The restaurant only seats 18, if there are too many of us we may go somewhere else.

Sketch with us all day or select the portion you want.
If you can’t find us
call Mark at 973-809-9128
(But only if necessary as I will be busy drawing too.
Thank you for understanding)

There are no sketching fees or attendance taken. All drawing skill levels are welcome.

Posted by Mark Leibowitz at 7:45 PM