Well.  I certainly learned my lesson.  I will NEVER question or doubt  Mark's sketching choices again.
NEVER.  Probably.  Anyway, I'll try to remember not to.

(the following is a compilation of three blog posts)

My first reaction was disappointment. I had a rare Saturday off and was going to Astoria? "This sucks Big Time" was my knee jerk reaction. 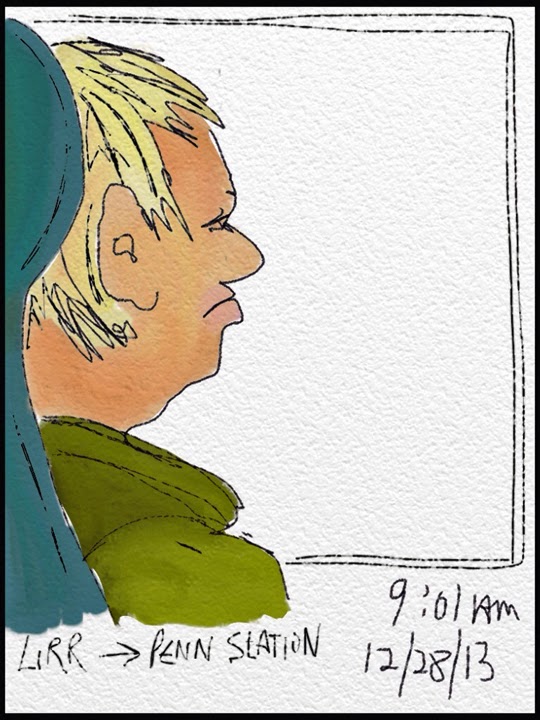 I researched the various routes I could take, even driving, picked out the one that seemed to make the most sense (and would satisfy, even briefly, a "city" fix) decided that I should shut up, and go for it. 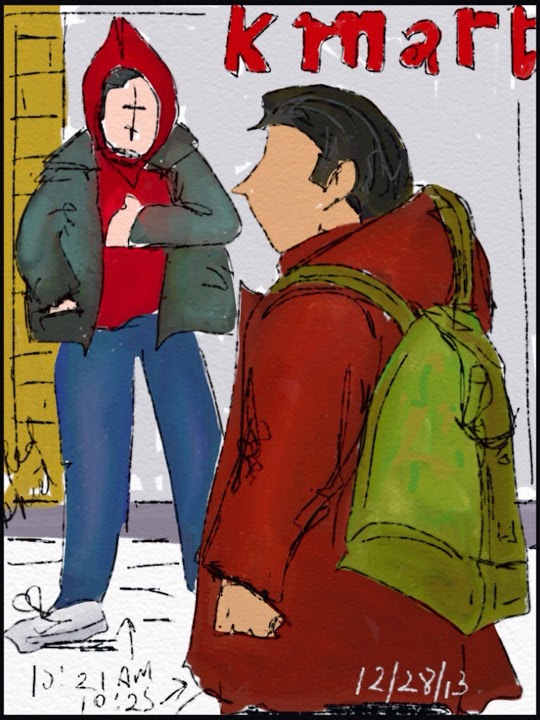 I even brought along a small journal and pen and sketched in the subway. A first for me. So far Astoria isn't too bad. 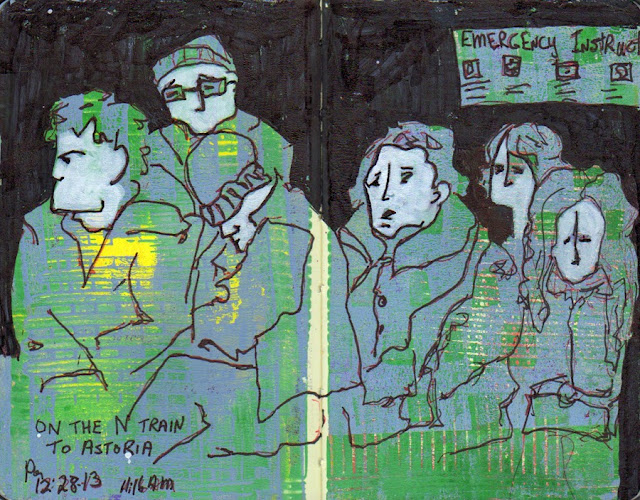 This is what the 36th Avenue stop in Astoria (Borough of Queens, just on the other side of the East River) looks like: 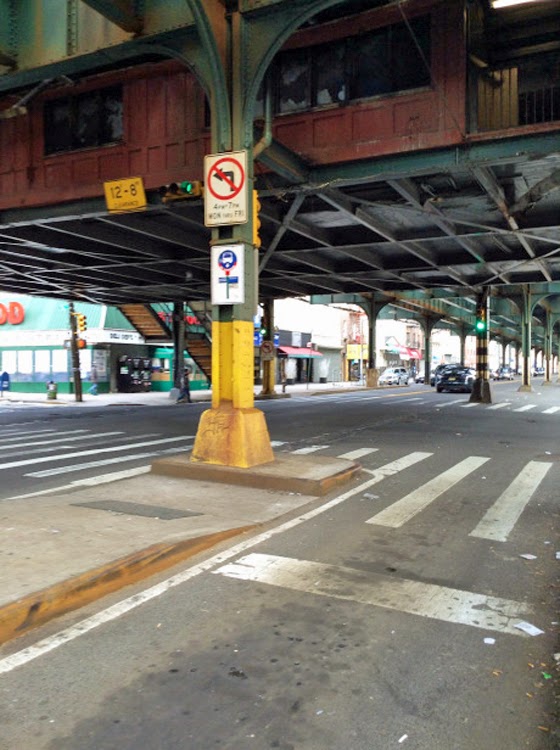 I asked a man on the corner which direction I should walk to get to 35th Avenue. After a few blocks I found Mark sitting in Starbucks sketching the unwary. It was still too early for our destination so I started to answer some of his Sketch Club/ArtRage questions. Pretty soon Joan and Susan joined us and the NYC Urban Sketchers headed out to our destination - Museum of the Moving Image. Yes, this is what caused me momentary dismay. And, in my defense, during the course of the day I discovered that I wasn't alone in these feelings, and that everyone else (except Mark who was mucho excited) had the same reaction.

THIS IS A FANTASTIC, FUN, VITAL, and INTERESTING MUSEUM.

Televisions from the 1950's and earlier. This was a Zenith. 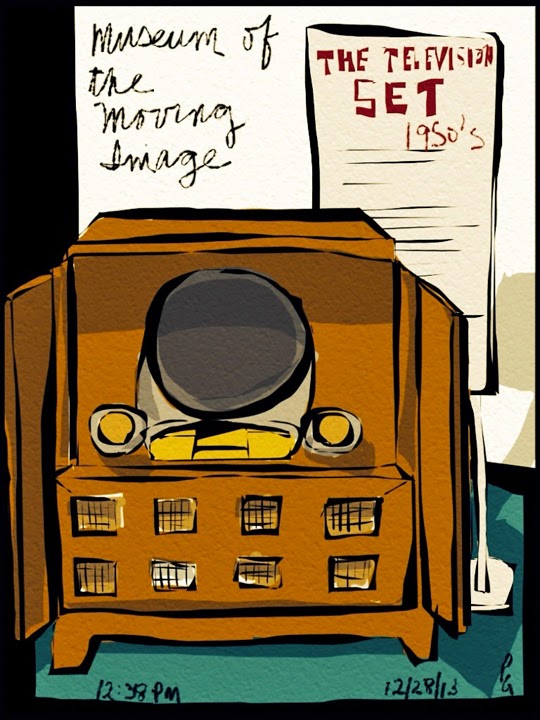 Susan was sketching a statue of Yoda but Exactly One Minute After I started drawing her she turned around to speak to someone. It figures. 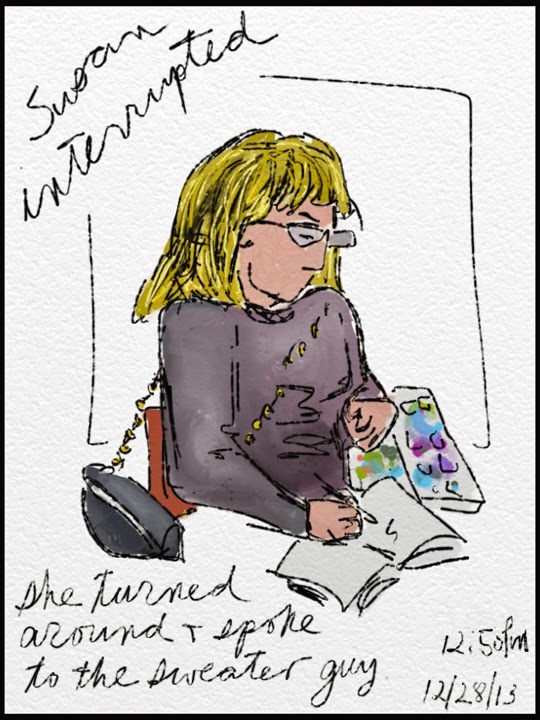 I saw Sunil looking down through a window that overlooked a theatre facade on the floor below. 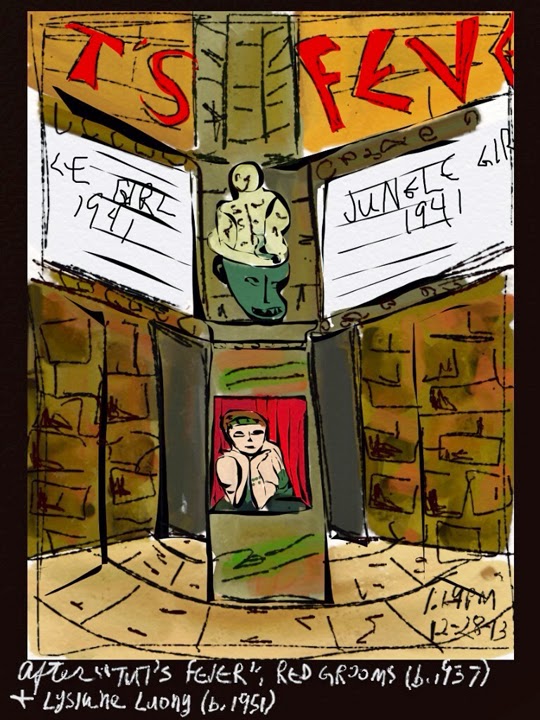 Everywhere we wandered there were discoveries - "ancient" projectors, silent films, Star Wars, you name it, they had it. The displays of toys and games from the 1950's kept us rooted for quite a long time. Memories. Sunil and Jimmy didn't know what we were talking about. 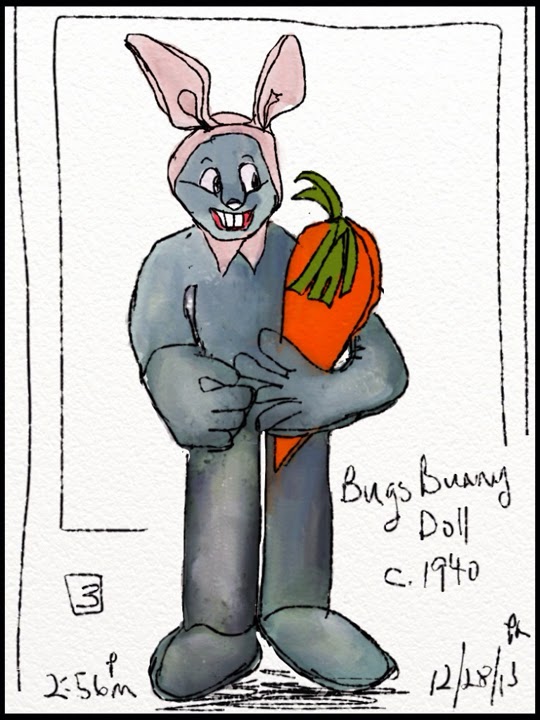 Yikes. We were all having so much fun we forgot about lunch.

Stomachs rumbling, ascertaining that we could re-enter the museum after lunch, we left our coats behind (an almost spring-like day) and wandered the street looking for a likely eatery since the Beer Garden place across the street was closed. 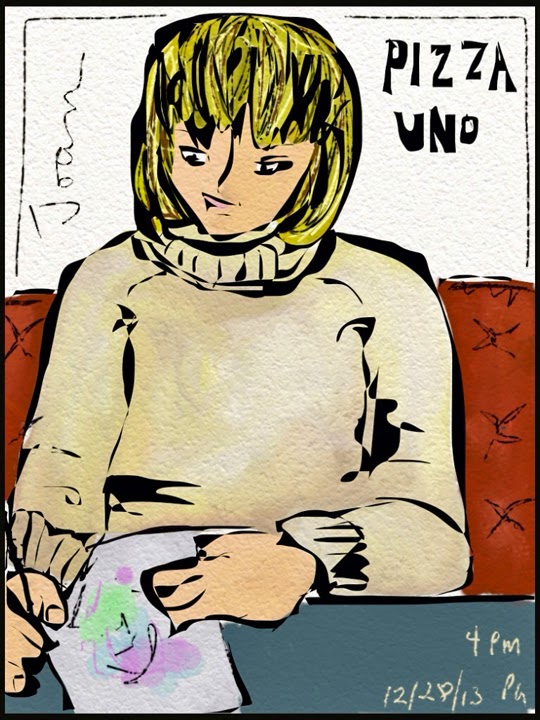 Lots of food later we found ourselves back in the museum sketching away. A display of old movie flyers. 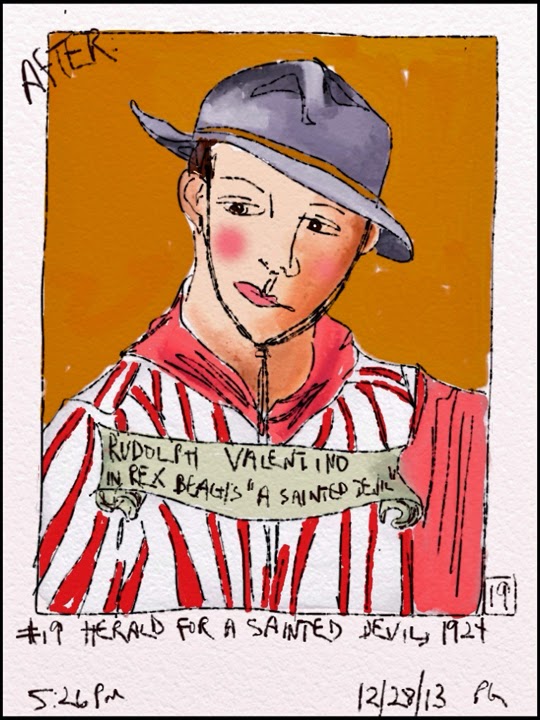 I watched a Spider-Man cartoon with all sorts of super characters I wasn't familiar with.

Remember her? From the theatre facade. I got up close and could actually see her. Snazzed it up a bit. 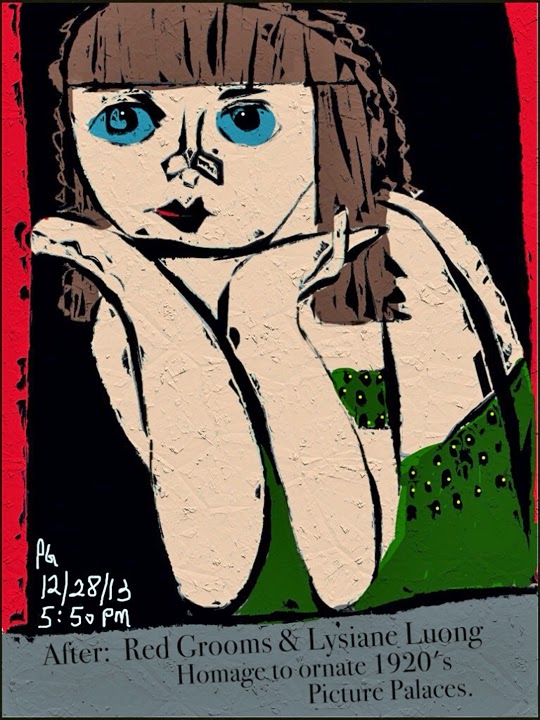 We left the museum at around 6 pm. (!!!) Back to the N train which was crowded and Mark wowed a few commuters as he sketched the girl across the way. I had about a 10 minute wait until my train was announced at Penn Station so I took out the pen and journal. 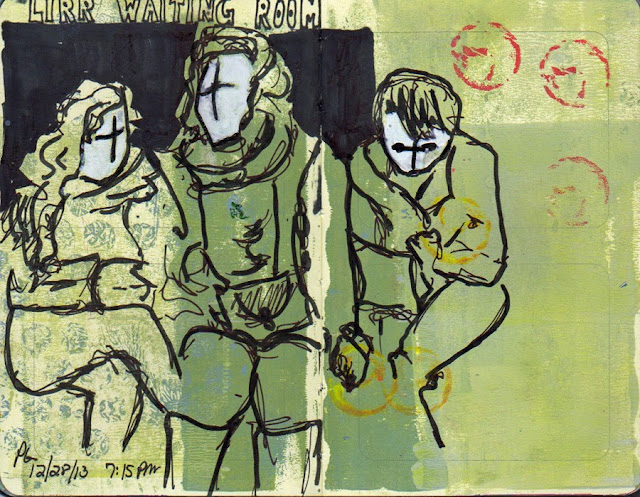 It was late by the time I arrived home, I was still full from lunch and energized from a marvelous day, what else could I do?