(this is a compilation of three blog posts)

Saturday, January 25, was the 42nd International Sketchcrawl and I joined the NYC Urban Sketchers in Brooklyn. Our first stop was at the Brooklyn Botanic Garden. Yep. The Arctic blast is visiting so we went to view gardens and sketch. 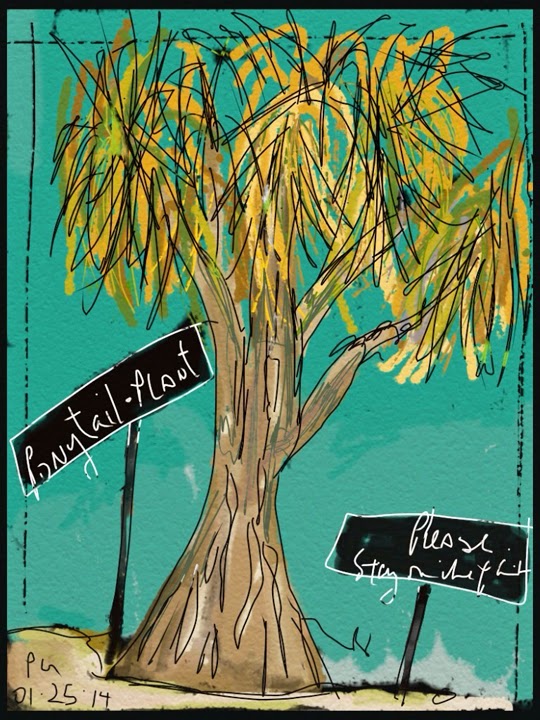 Thank goodness for the greenhouse. The Ponytail Plant in the desert greenhouse caught my eye. What a messy peculiar looking plant. Just got out of bed I guess.

A little way along the path this plant caught my eye. 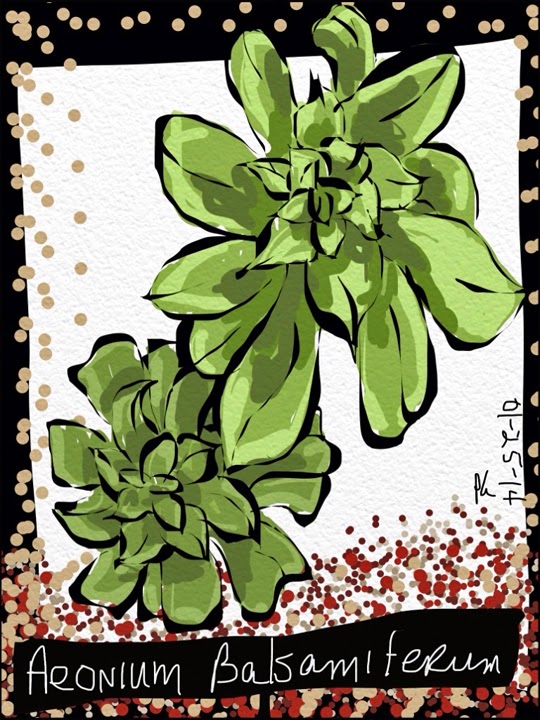 We had lunch in the small cafeteria. I attempted to sketch Susan and Joan and am not at all happy with what I did but I am including it because, for me, it evokes the area where we were eating, the two tables pushed together, unexpectedly delish bread on my tuna sandwich, conversation and laughter. 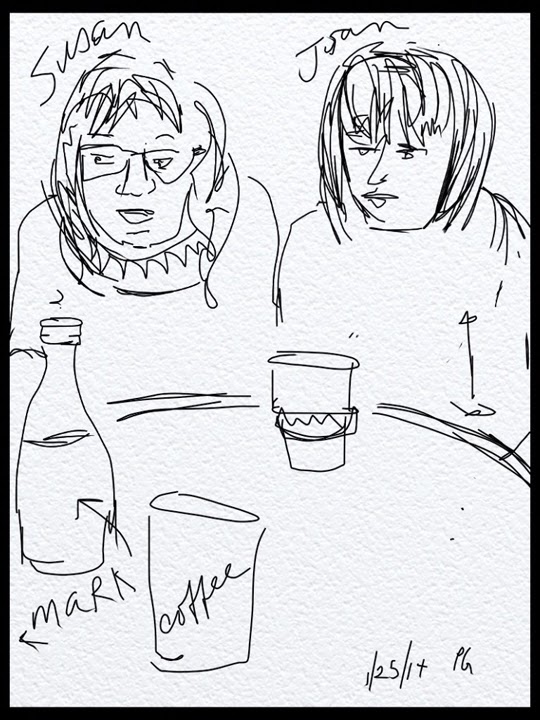 There was only about a minute for this sketch of Svetlana in earnest conversation with Betsy. This is the only one I tarted up a bit (I used the Glaze app later) at home. 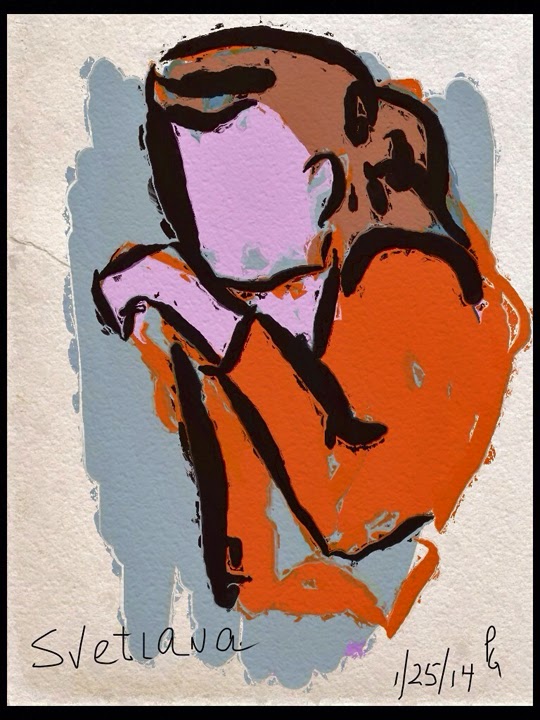 After lunch we walked over to the Brooklyn Museum and scattered in different directions. 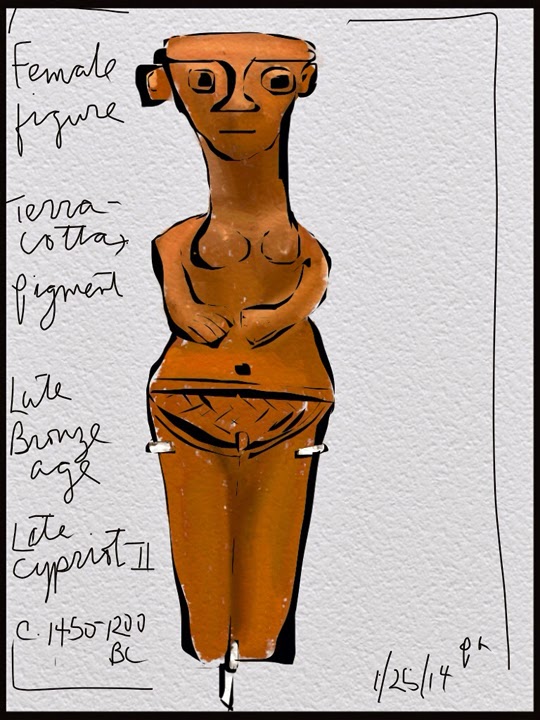 I settled in on the Third floor, "Egypt Reborn", and happily found plenty to sketch. 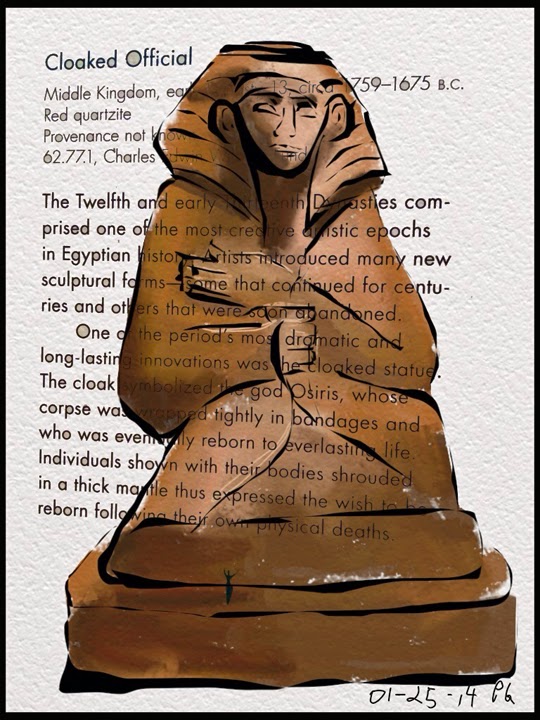 Even though this figure is very small (6" approx) and tucked away in a dark corner with even smaller items, I was immediately compelled to sketch it. 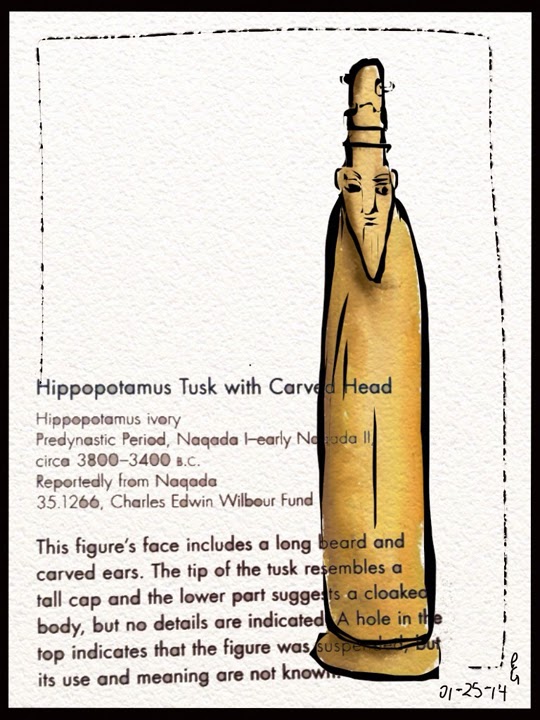 After leaving the Egyptian galleries I went to the First Floor, "Connecting Cultures", and loosely sketched some of the numerous vessels in a large floor to ceiling display. 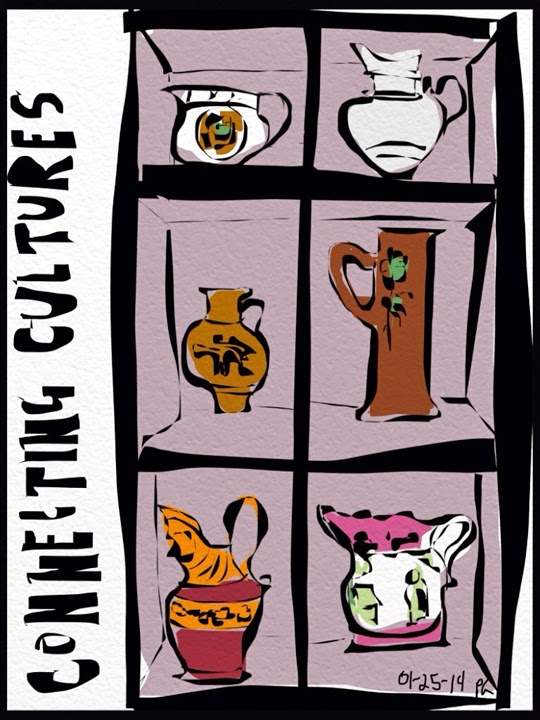 I spotted a few of us sketching a very large sculpture and decided to try my hand at it. Of course you all remember the last time I was in this museum, a few weeks ago, I sketched a woman drawing. Well, this was what she was copying. It is very large and it was a lot of fun to draw her. I had the feeling that it would be a beneficial habit to sketch her each time I go to that museum.

Ignore the feet. I didn't even try to get them right. 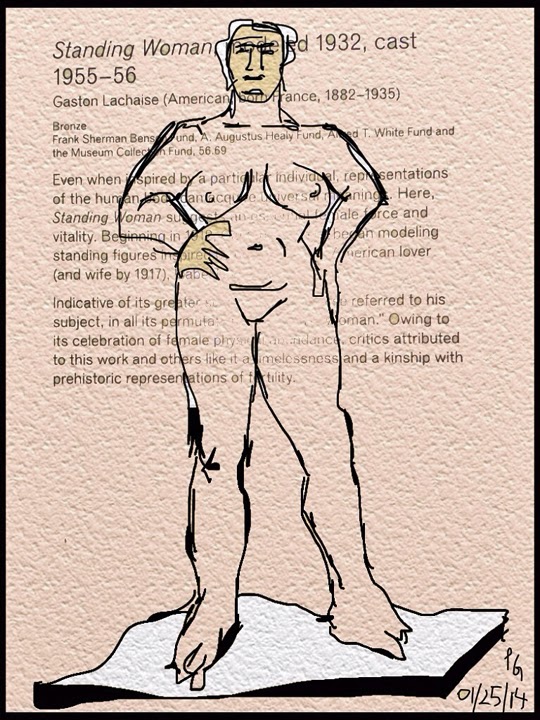 The museum had no problem with sprawling on the floor or with the use of watercolors.
(Woman in white asked me not to use her pic).  I'm waving at you right now. 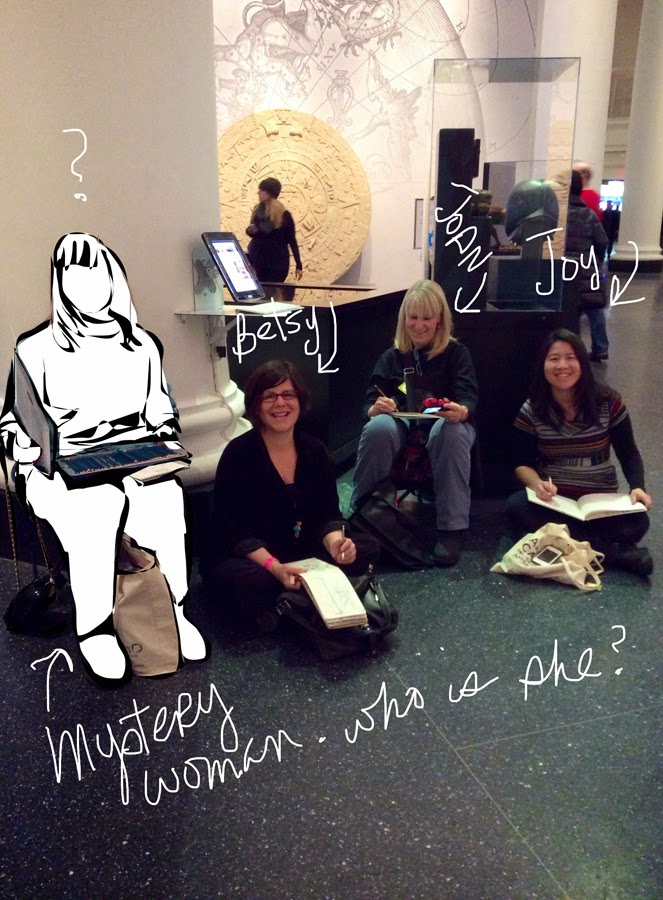 And then, on the subway back to Penn Station, I sketched a few of the people who sat on the other side of the aisle. 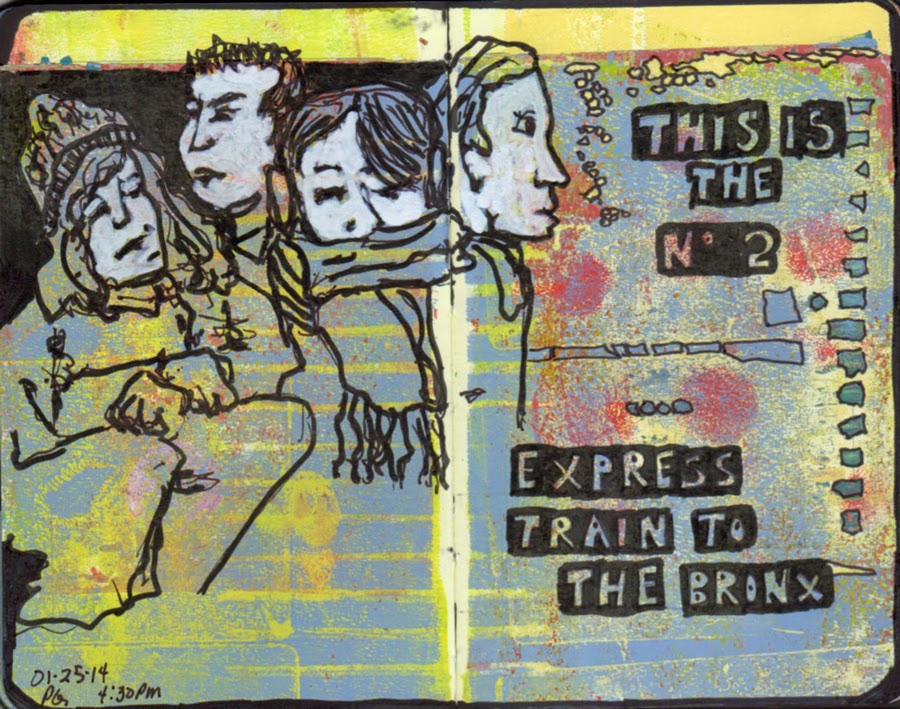