The Chinese Scholar's Garden - Not

Urban Sketching requires flexibility.  We met at the Staten Island Ferry for our ride across New York Harbor.

l got a text message from Mia who was already there and had discovered that the Chinese Scholar's Garden was closed for a Private Party.  On no!  It was much too late to reverse directions and pick an alternate site. 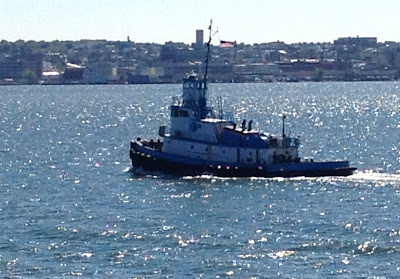 As it turned out the park at Snug Harbor had so much more to offer that it was a great day anyway.  The main gate has a sign saying that it was constructed in 1832.  I realize for sketchers in other parts of the world 1832 was almost yesterday, but for us, here in the New World, that's pretty old.  It was constructed as a retirement home for old sailors. 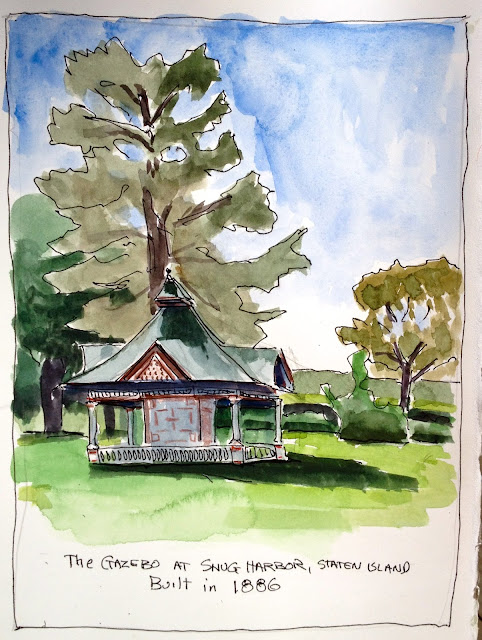 The grounds included the Staten Island Botanic Garden, a Playhouse, an Art School, old gazebos, and bungalows where the sailors live.

The picture below was an experiment left over from last week, when I was trying to move the watercolor around with an old credit card.   I moved the paint last week but didn't add a drawing.   Before sketching the bungalow (above) I turned to where Jimmy and Caryn were sitting and quickly drew them, the tree and the buildings beyond.  The look of the technique reminds of illustration styles from the 50s 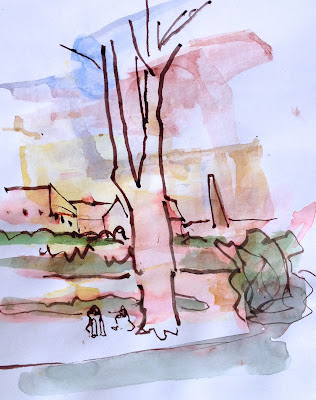 From what we could tell of the closed Chinese Scholar's Garden it looked lovely.  The consensus was that it would be worth a return  visit in the autumn when the colors were changing.