Two weeks ago we sketched the midblock crossings between 6th and 7th avenue. It seemed like a fanatistic idea, and would have been more compelling if not for the cold and, quite honestly, the "less-than-stellar" design. Regardless, there are always people... 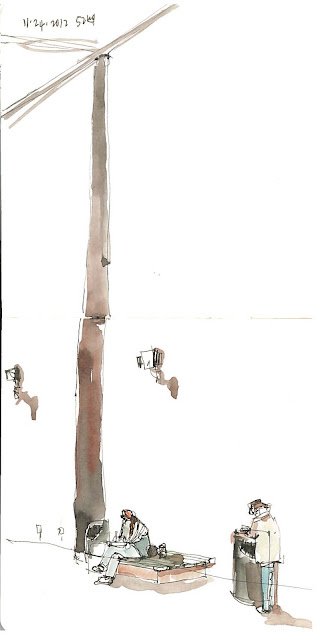 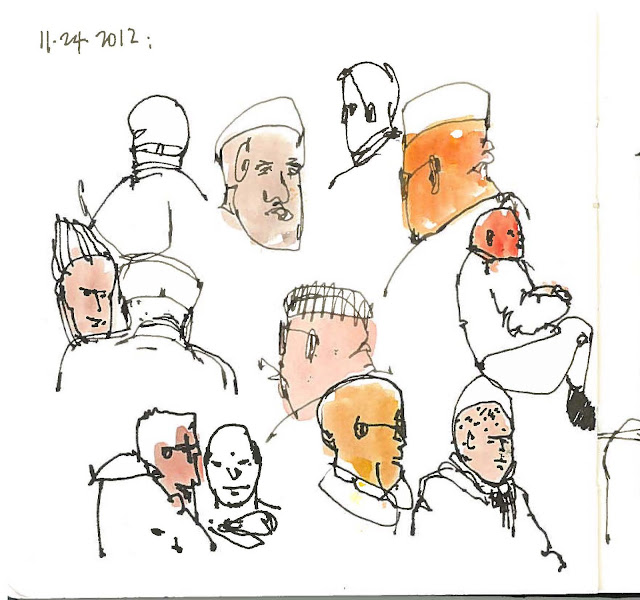 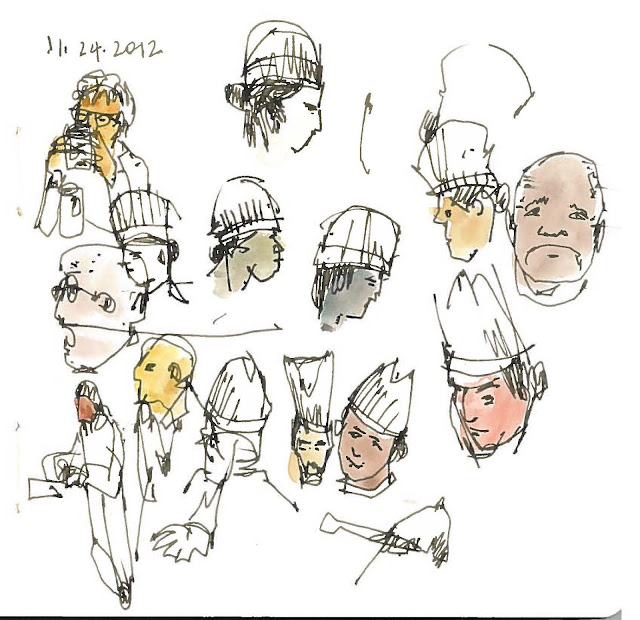 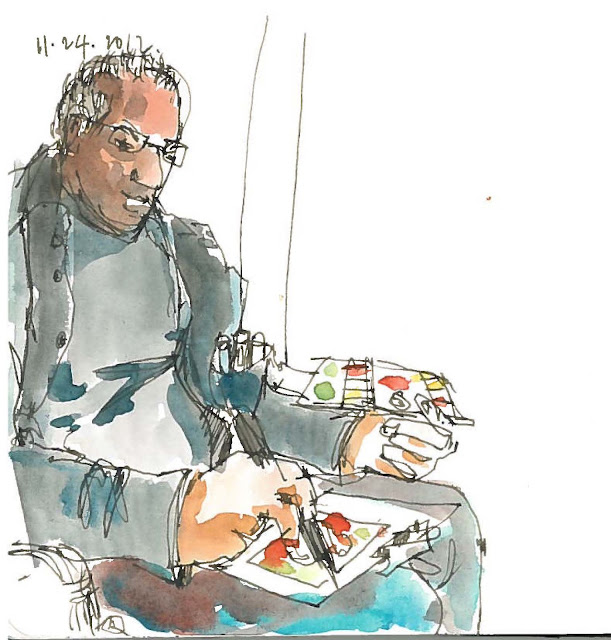 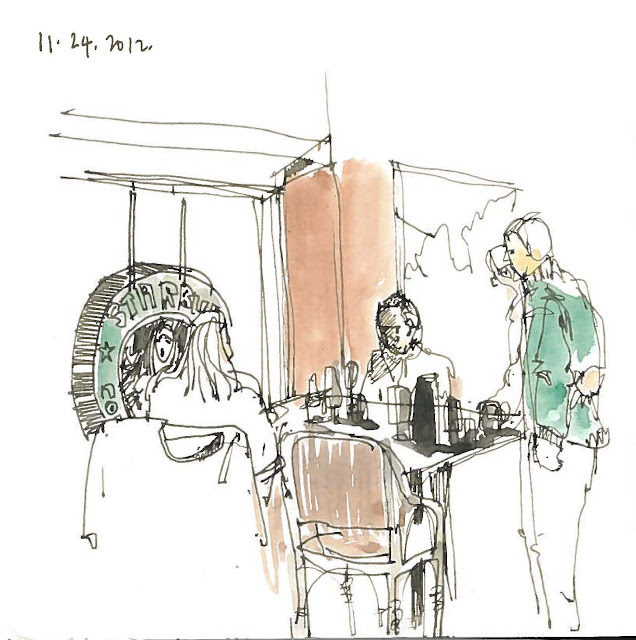 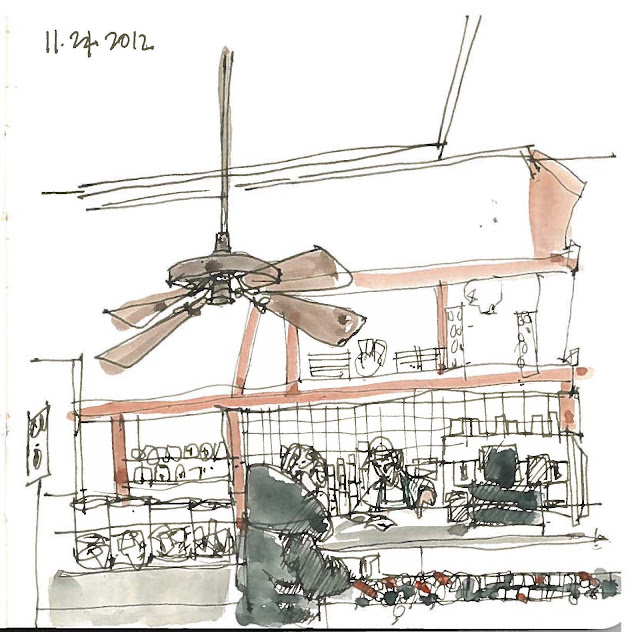 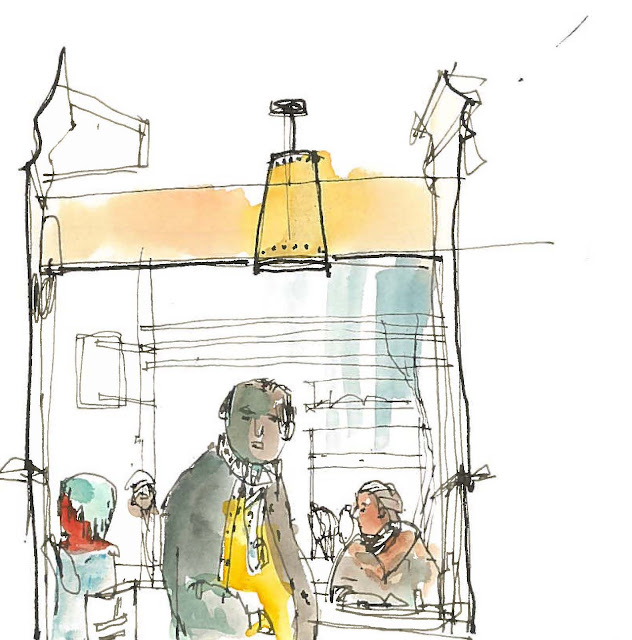 Posted by Richard_Alomar at 12:24 PM No comments:

It was so cold the week before that we decided to schedule our sketching indoors this week.  So, of course, the day was beautiful and warm.

We met at the Metropolitan Museum of Art. and then went in to the sculpture garden.  There were at least four shows I wanted to see.  We were too early for the Matisse show - it was members only, but got to see the Warhol show, the George Bellows show and Bernini clay sculpture's

Posted by Mark Leibowitz at 7:27 PM No comments: 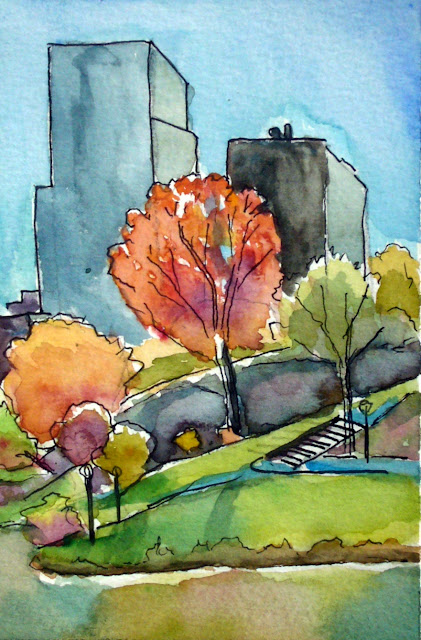 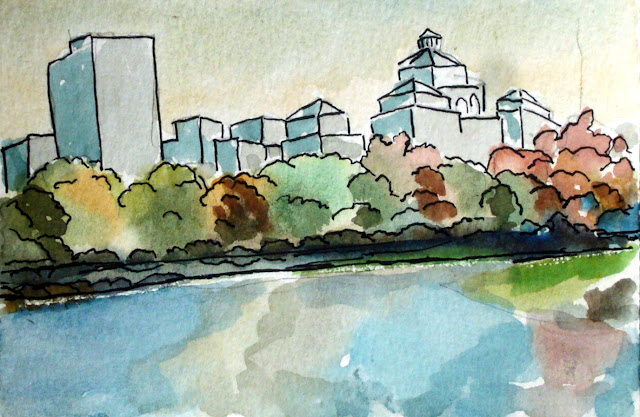 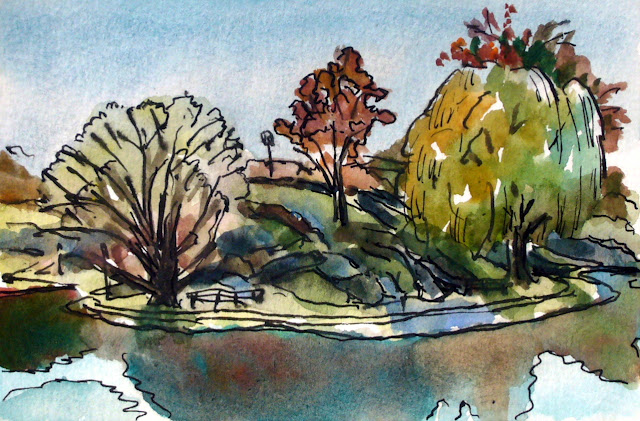 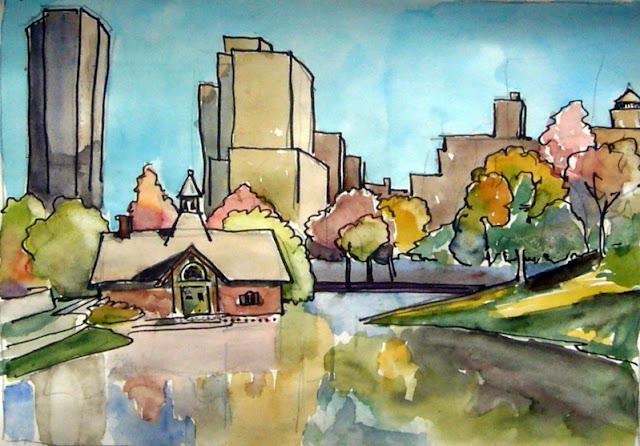 Tall buildings and such

Last Saturday we were joined by a few newcomers: Lacy, Mia and Jane (in from Baltimore). We started at the public library and finished at the Bank of America Tower. 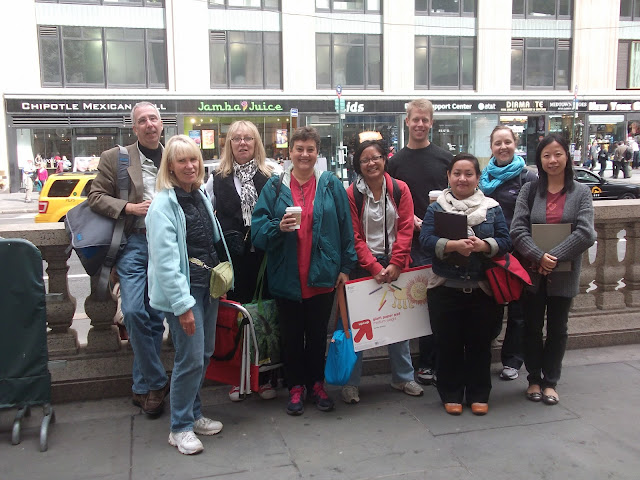 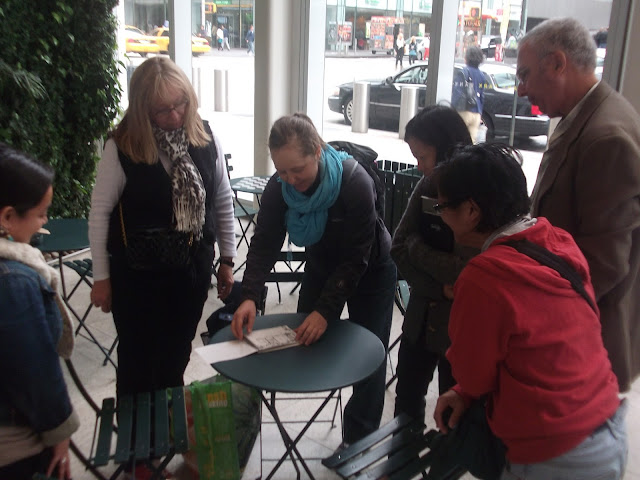 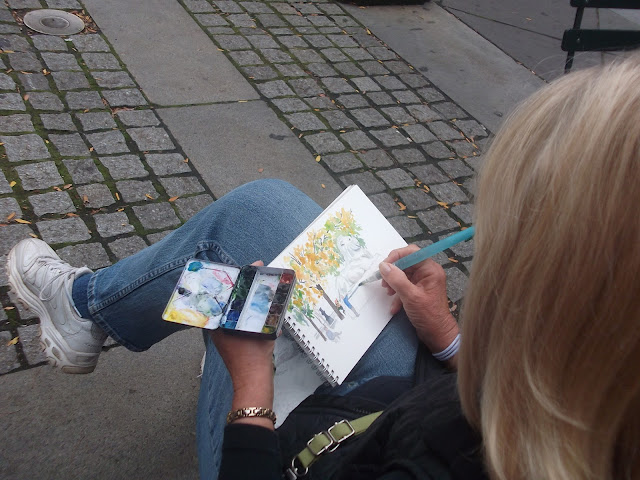 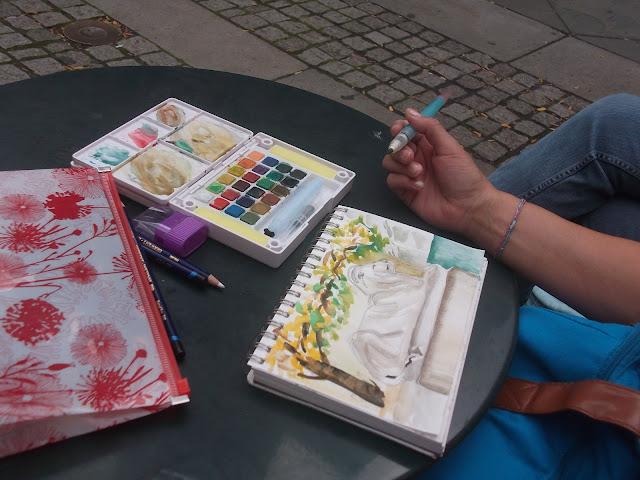 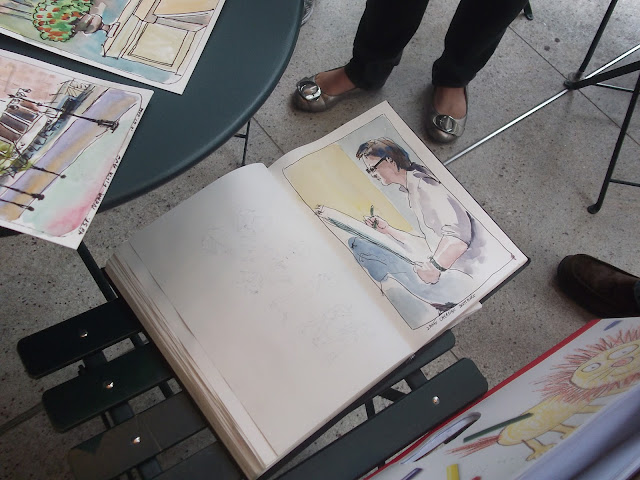 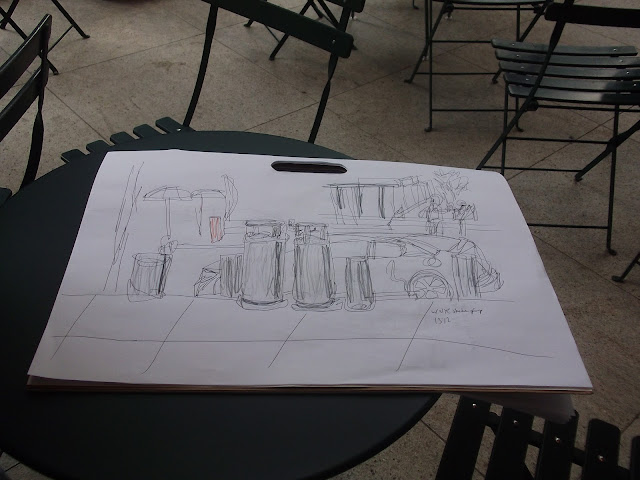 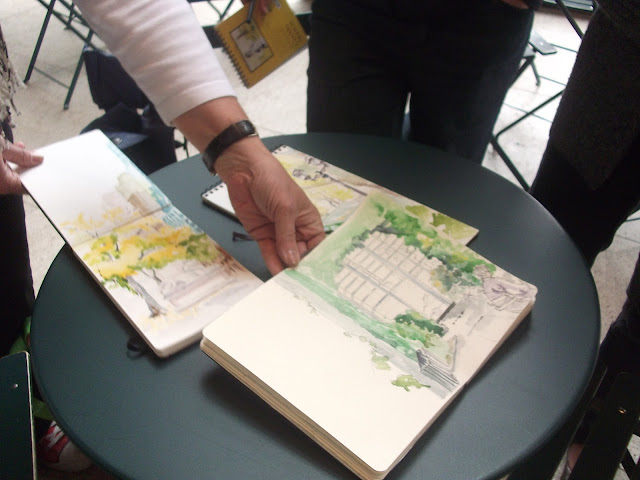 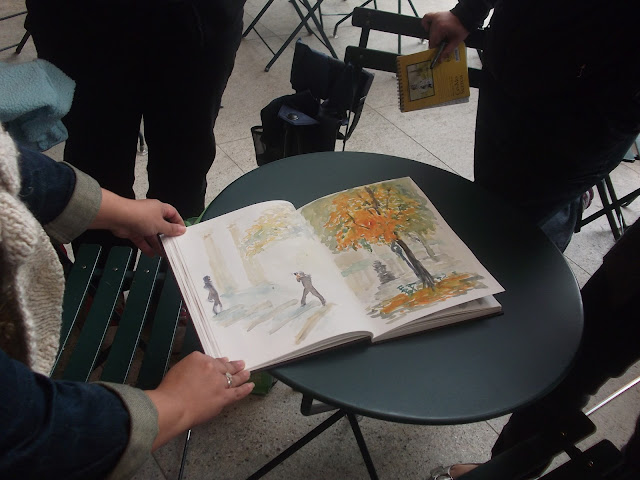 Posted by Richard_Alomar at 8:00 PM No comments: