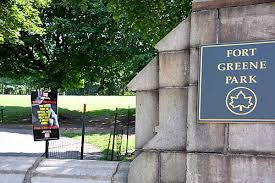 Posted by Mark Leibowitz at 1:11 PM No comments:

In an effort to help you plan to attend the events for the Weekday Sketchers, here is the schedule for November and December 2019.  Looking forward to seeing you at as many as you can make.

Wednesday November 6                    Reschedule of Greenwood Cemetery.
Note: weather permitting we will be at Greenwood, Indoor alternative is Brooklyn Museum

There will be no other session in December....Merry Christmas, Happy Chanukah, Happy Kwanzaa

And a very Happy New Year!     May we continue to "draw" together through art, camaraderie and peace.

Posted by raylie dunkel at 10:48 AM No comments:

Rain Rain Go Away
All our Sketchers Want to... Draw

Posted by raylie dunkel at 7:45 AM No comments:

Cemeteries are natural haunts (excuse the pun) for Halloween,  and  Green-Wood does it up big time.

Because they stage a major event on Halloween night the trappings of the events are  in the trees and on the grounds.  Join us for a romp through this Victorian gem to find the spookiest scenes for our sketchbooks. Not interested in the Halloween hoopla, then concentrate on the wonderful Victorian funerary artifacts,  mausoleums, landscapes and beautiful trees. 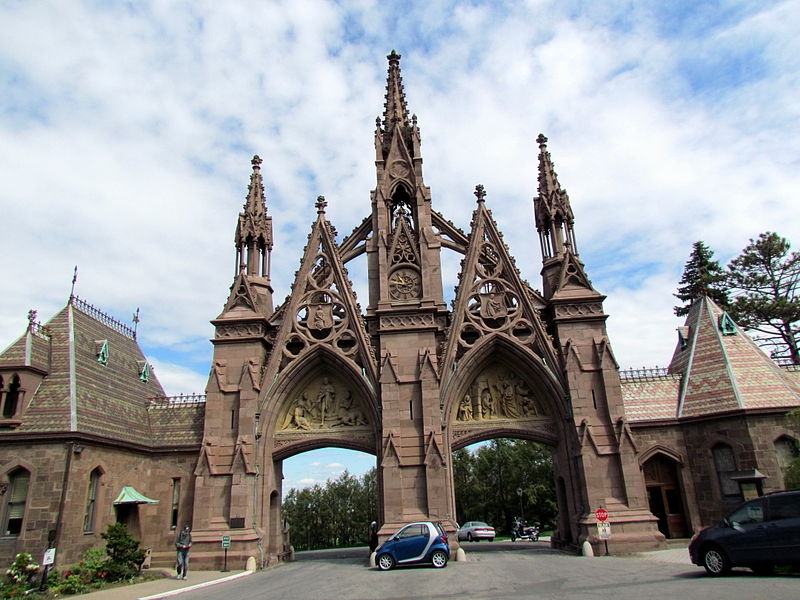 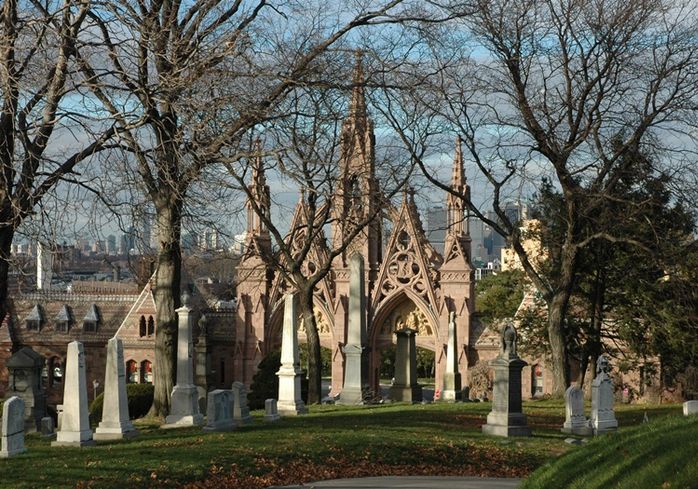 Bring a stool, your fall colors and ghost repellent.  We will have lunch on the grounds. Bring Lundh with you or purchase something in the neighborhood.  (Suggestion: Baked in Brooklyn, a training program for artisanal baking, is directly across from the entrance.  Great breads, sweets, coffee and sandwiches.  Supports a good cause too).

NOTE: WE WILL MEET JUST INSIDE THE GATES THEN FAN OUT FOR SKETCHING

TRANSPORTATION: R train to 25th St Station on 4th Ave.  Come up to the street level and walk one block uphill to the cemetery.

Posted by raylie dunkel at 5:01 PM No comments:

SATURDAY: Sketch the view of the UN 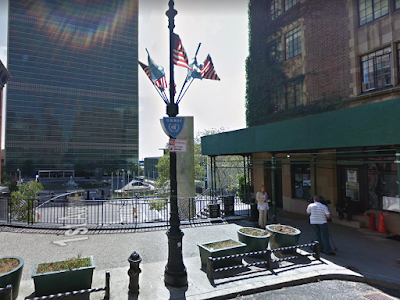 We're sketching on Saturday but the day can't seem to make up its mind.  Yesterday's forecast said rain and today's calls for an overcast day, ... but no rain.  The smart move might be to play it safe, but I think there's a way we have a great day without worry.

THE TUDOR CITY VIEW OF THE UNITED NATIONS
We think of NYC as being mostly flat, however there's a bit of a cliff overlooking the UN, with a drop of at least 30 feet.  It provides a great sketching view.

Nearby is a lovely neighborhood park - The Tudor City Greens.  If you've never seen it it's an amazing green oasis located at the corner of 43 St there is a wonderful view of first avenue below and the United Nations.

Leaving the park and walking to the view of the UN you'll notice a flight of stair - the SharanskySteps bring you down to First Avenue where you'll get a full view of the Isaiah Wall (from the Bible verse - Isaiah 2:4; ...they shall beat their swords into plowshares).

It's a wonderful sketching spot and best of all of the weather turns we can easily retreat to Grand Central Station for some epic perspective sketching and loads of people bustling about for us to sketch.

WHEN: We're meeting at 10 AM. Come late if you must we'll be there.

*    IN CASE of RAIN:  We'll meet in Grand Central Station if it rains.   Look for us in the area between the Information Booth and the Stairs to the Apple Store.  (10 AM start)

AFTERNOON:  1 PM - Back to sketching the area


Posted by Mark Leibowitz at 8:22 PM No comments:

Feel the Peace the & Wisdom of Nature at the Hammond 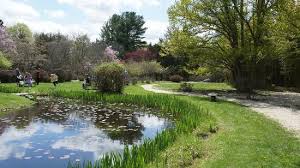 A visit to The Hammond Museum and Japanese Stroll Garden is a chance to experience the peace of nature and the wisdom of Eastern culture, right in Westchester County.

Located in North Salem, New York, The Hammond Museum serves visitors from all over the world with Japanese art and a beautifully-preserved 3.5-acre Japanese stroll garden. Come take a walk and sketch in the gardens, or see the art on show in the museum's galleries. The museum offers changing exhibits, lectures, and programs that reflect the intersection of Eastern and Western cultures. 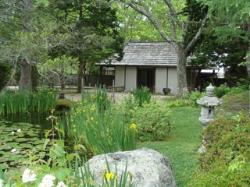 Transportation from NYC: Take METRO NORTH Harlem line trains to Croton Falls. From the Croton Falls station, the museum recommends taking a Taxi or Car Service to the museum. To arrange for pick up, please contact Marianne (mmiloff515@gmail.com)

LUNCH: Since we will be starting later, we will not stop for lunch, please bring your own lunch/snack.
SHOW and TELL: 3:00 PM.  We will share our drawings and tell stories.  This is the social part of our day and not to be missed. 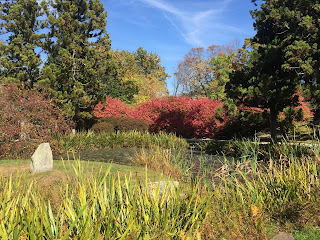 NOTES:
- Bring a stool if you have one.  It gives you more options.
- Dress for sunshine and cool temperatures.
- Bring a hat, water, snack and sunscreen. 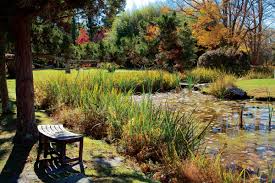 Posted by Cathy Gutterman at 11:17 PM No comments:

This week we explore an installation that walks the line between art and graffiti.  We will track the series of commissioned pieces that grace the builds, columns and fences along Varick Street from Canal St to West Houston.  We will meet in Alberto Capsouto Park on the small triangle between Canal, Laight and Varick Streets, which offers us a wonderful oasis from the traffic with trees, benches and a water feature.  From there we will continue up Varick Street capturing as many of the pieces as we can.

Information on the Art Installation can be found here https://www.hudsonsquarebid.org/artwalk/.  If you click on the purple location markers on the map you will see the installations. 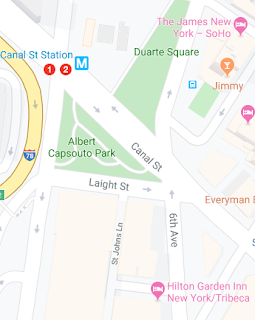 Bring a stool, lunch (or purchase it along Varick St.) and lots of colorful paint.

Posted by raylie dunkel at 9:22 PM No comments: 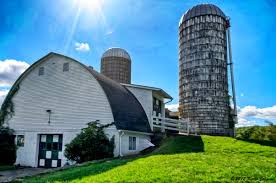 Hilltop Hanover Farm and Environmental Center is a beautiful, historic 400-year-old 187-acre farm with rolling hills and scenic vistas only 45 minutes from mid-town Manhattan. Operated by Westchester County in partnership with the Friends of Hilltop Hanover Farm, the farm is dedicated to the development and advancement of sustainable agriculture, environmental stewardship, community education, and accessible food systems for all. Visitors are warmly welcomed and encouraged to visit with the farmers and animals and to take advantage of fresh organically-grown produce at their farm stand and pick-your-own vegetable gardens.

LUNCH: 1:00 PM. Bring your own or choose a something from the farm stand. We'll find a spot by the picnic tables.

SHOW and TELL: Following lunch, we will share our drawings and tell stories.  This is the social part of our day and not to be missed.

NOTES:
- Bring a stool if you have one.  It gives you more options.
- Dress for sunshine and cool temperatures.  Bring a hat, water and sunscreen. 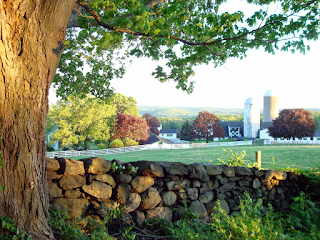 There are no fees. All drawing skill levels are welcome.
Posted by Cathy Gutterman at 7:20 PM No comments: