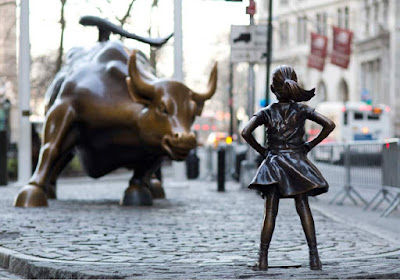 On what should be the most beautiful day yet in 2017 we’ll be exploring some of NYC’s iconic modern sculptures.
We’ll be visiting three sites with a fourth thrown in for early birds.


EARLY BIRDS:
Because it’s always mobbed with tourists we’ll try to get the jump on the crowds by sketching the wildly popular statue of a young girl staring down Wall Street's famous "Charging Bull”. 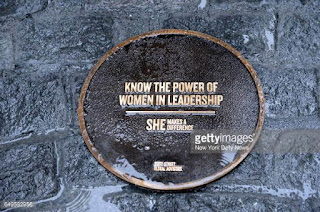 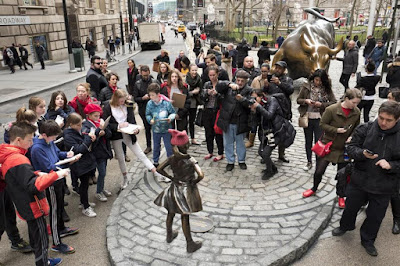 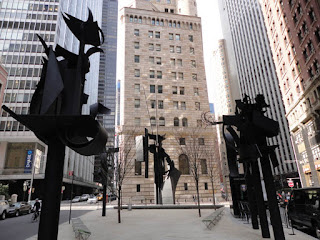 Louise Nevelson Plaza was the first public plaza in New York City to be named after an artist. The plaza’s seven sculptures are together titled Shadows and Flags (1977–78) and are constructed from Cor-ten Steel, painted Nevelson’s characteristic monochrome black. SECOND STOP
The Dubuffet Trees:  Jean Dubuffet’s Group of Four Trees in Lower Manhattan is a piece of public art that was given as a gift to the people of New York City.  The Group is actually part of a larger group of pieces that Dubuffet called “L’Hourloupe.”
In describing the meaning of this invented term, Dubuffet explained that the word implies “some wonderland or grotesque object or creature,” and that it “evokes something rumbling and threatening with tragic overtones”. He describes it as “the figuration of a world other than our own, or parallel to ours”. Rather than defining the pieces as sculptures, Dubuffet called them “drawings which extend and expand in space” 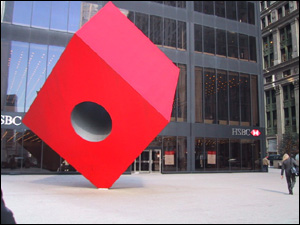 Noguchi’s Red Cube: 1968. The bright red painted steel of Isamu Noguchi's Red Cube stands out in strong contrast to the blacks, browns, and whites of the buildings and sidewalks around the sculpture. The Red Cube is surrounded on three sides by skyscrapers, the height of which draw a viewer's eye
upwards. The sculpture itself adds to this upward pull, as it balances on one corner, the opposite corner reaching towards the sky.  Aside from it's striking color, Red Cube also stands out from the surrounding architecture in that all of its lines are diagonals, whereas the buildings are made up of horizontal and vertical lines. Additionally, the sculpture is balanced somewhat precariously on one corner, while the buildings, by contrast, and solidly placed.

12 - Noon  Lunch at LN Plaza, eaten outside.  BYOL or purchase from local stores or street vendors.

1:00 PM - The Dubuffet Trees at One Chase Manhattan Plaza,

3:00 -  Show and Tell: We will share drawings, good stories and and a snack or refreshments if you're so inclined.

Posted by Mark Leibowitz at 7:43 PM