Located at the southern tip of Roosevelt Island, the FDR Memorial, designed by Louis Kahn, is a beautiful place to sketch the geometry of the memorial and the natural flow of the river with the skyline in the background.

After lunch we can move to the adjacent property and sketch the ruins of the old hospital. 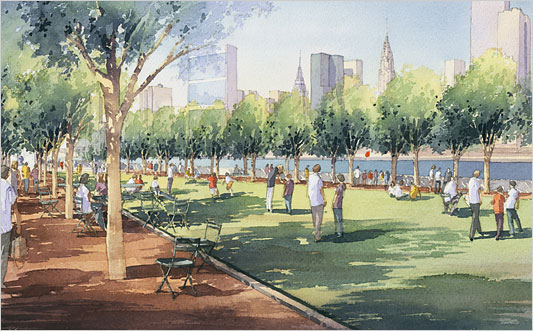 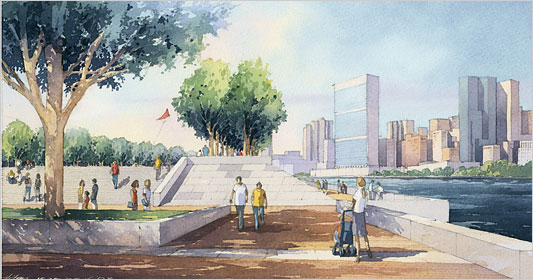 LOCATION: Roosevelt Memorial at the south tip of Roosevelt Island.

MEETING PLACE: Tram Station Plaza at  59th STREET AND 2ND AVE.  If you are a late and miss the group, take the tram across the river and walk south to the memorial.  If you take the F train to Roosevelt Island, walk south or take the Red Bus to the Memorial site.

Please RSVP to Raylie Dunkel at raylie@verizon.net.  Looking for us? Call Raylie at 201-978-6387.  Bring lunch or purchase something at the deli near the subway station. Bring a stool.  There is plenty of shade but sunscreen is a good idea.

Posted by raylie dunkel at 7:41 AM