To and From Jersey City

It is quite a long haul from out where I am on Long Island to Jersey City. It took me almost 2 hrs between the LIRR, the subway, and the PATH. Luckily I had some models nearby on the LIRR going into the city so I had a lot to keep me busy on the trip.

This lady slept most of the way. 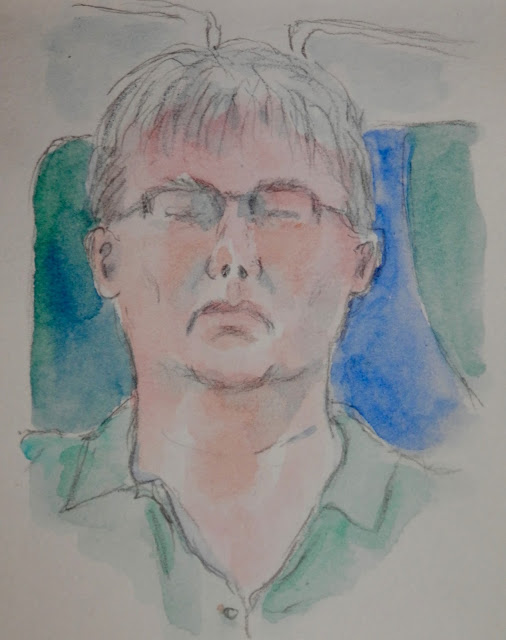 This group was across the aisle from me and several kids that belonged to some of them were in the seats to my right. The oldest realized I was sketching the adults and at some point he let them know. The boy kept looking over to see what I had done so when I finished I passed it over to him, he looked at it with a big grin, and he passed it over to the adults. They asked permission to take photos and were so thrilled that I had sketched them.

When I got by the water in Jersey City there was a pigeon sitting on the railing, so I sketched him quickly since I knew he wouldn't stay long. I always get lost in the skyline, but since nobody will be checking if there is a building missing I guess it doesn't matter. lol 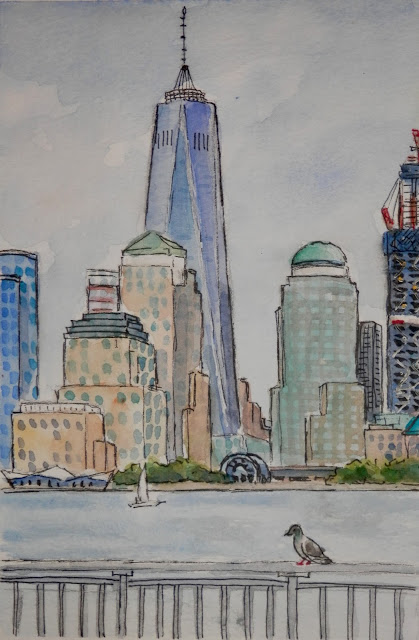 There was a planter near me with some colorful purple flowers so I turned my chair a little and put that in the foreground of another skyline sketch. 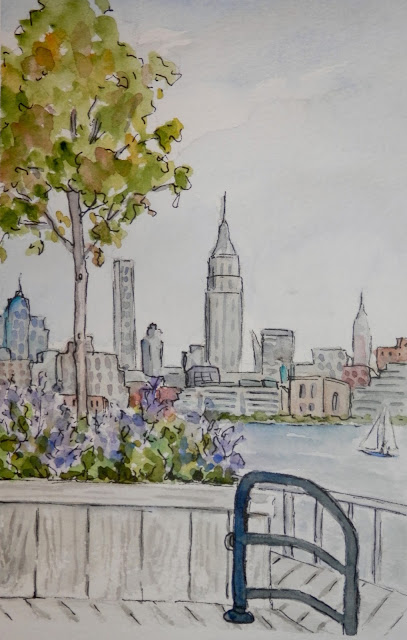 I had a little more time before we were leaving for drinks, so I sketched the hot dog vendor and his cart. The sketch was done on site and I did a little of the watercolor. The rest I finished when I got home. 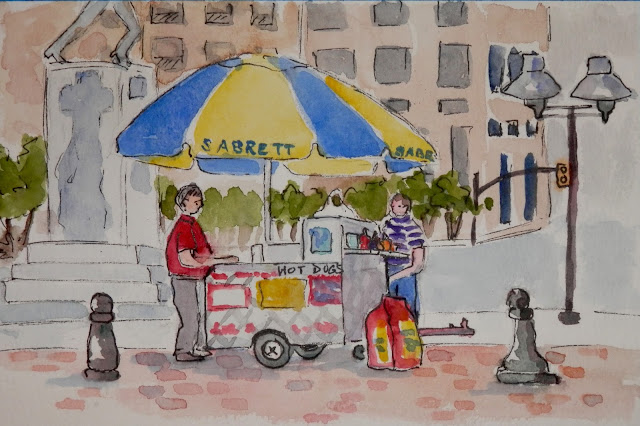 It was great to be back sketching with the group since I had missed the last few weekends. It was great to have Chiara (from Italy) and Eden (from Toronto) join us.

Posted by Joan Tavolott at 9:22 PM