(This is from the NYC Urban Sketchers outing a few weeks ago.)

I had a paper bag, from my breakfast at Central Market in Penn Station that morning, and started sketching the people sitting, standing and walking around Bethesda Fountain in Central Park. 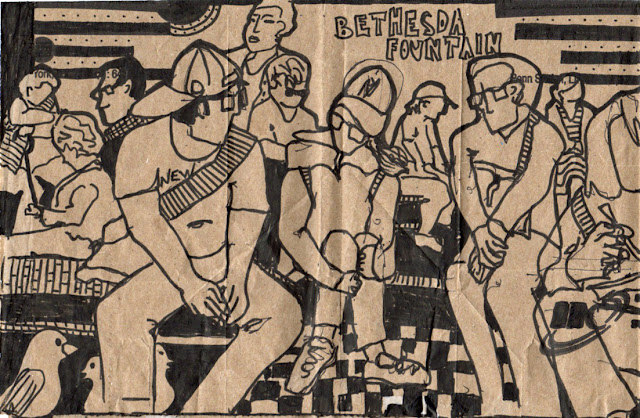 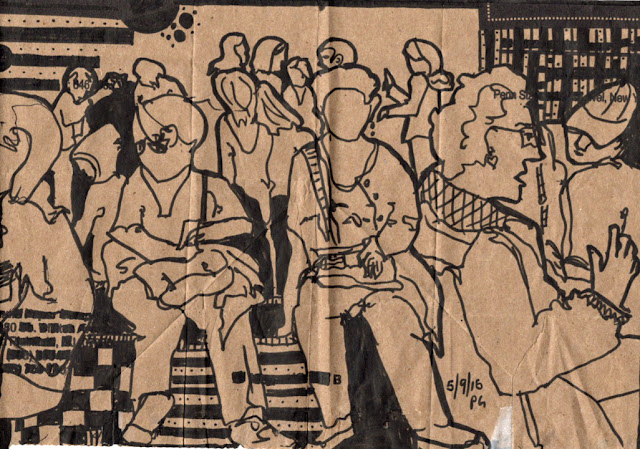 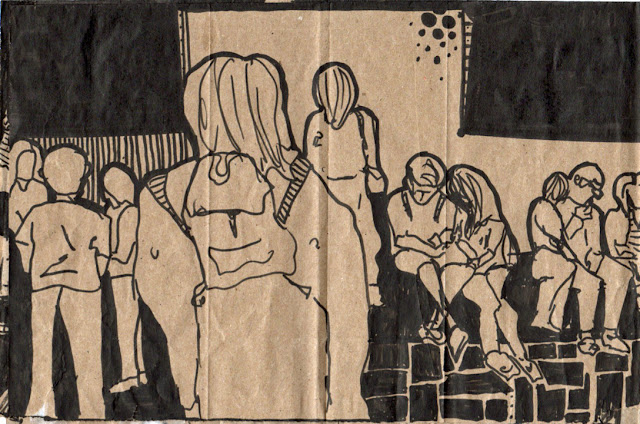 And, next thing I knew, Mark was telling us it was time to head to the bar on W72nd Street. That's ok. I was finished. 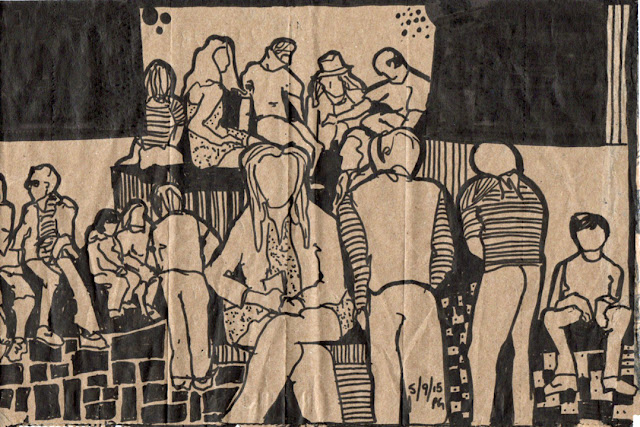 The following are my earlier iPad drawings done in the fountain area in the order in which they were done. 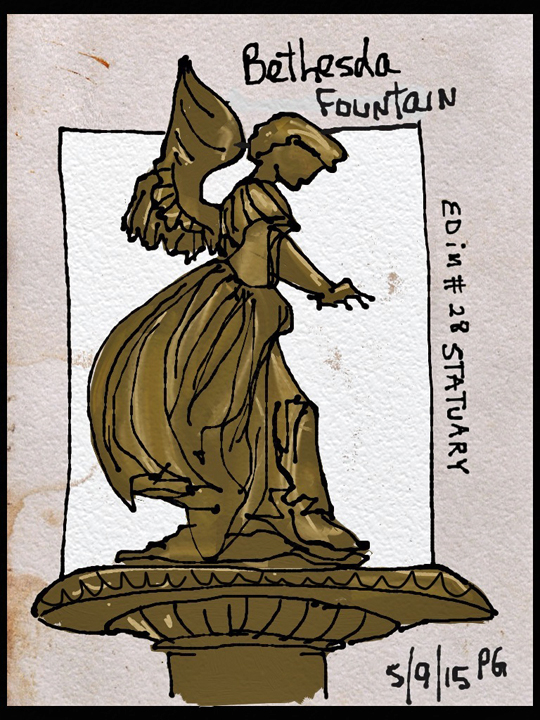 A bas relief on one of the stairway post thingies. 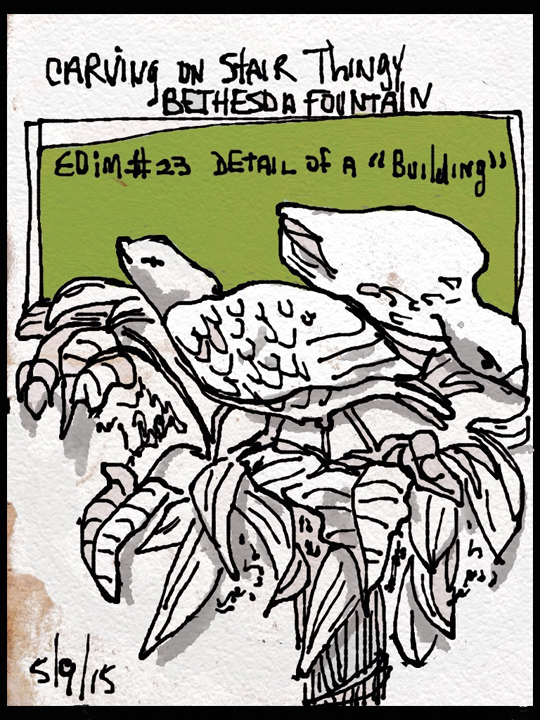 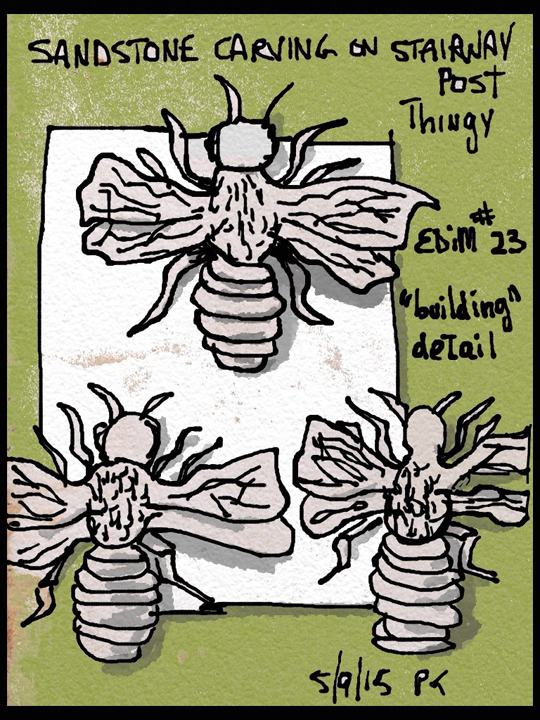 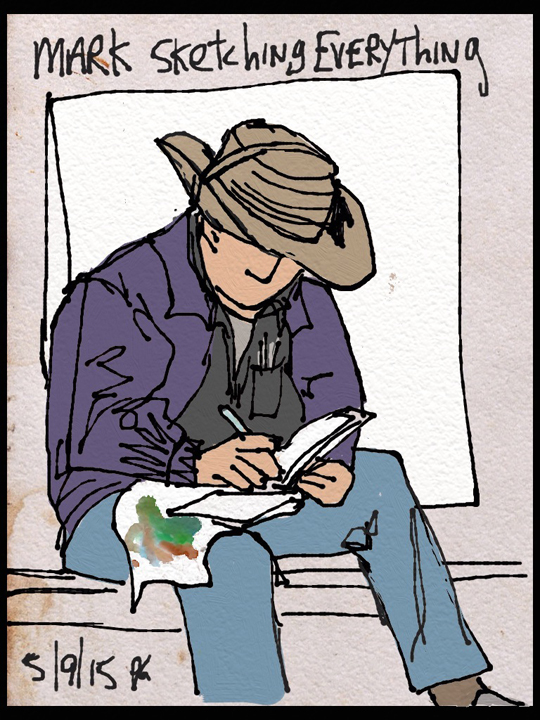 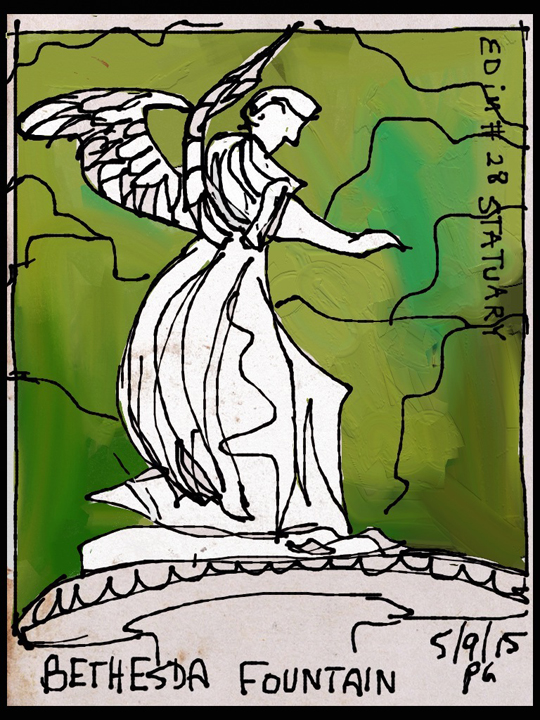 (The EDiM numbers on some of the drawings are referring to Every Day in May challenge list items.)
Posted by PatriciaG at 10:20 AM