Since we didnt have plans to meet in the city, on  Saturday I met with a small group of local sketchers in Center Moriches at Nettie's Farm and Market. The coffee was good, the people were nice, and the view was colorful. 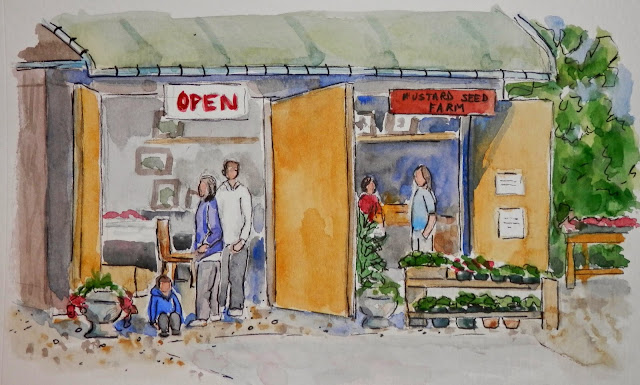 Yesterday I was at the Bayard Cutting Arboretum for an art show that one of my groups was doing. (I had a few paintings in the show too.) Before going into the show I painted the wisteria hanging from the porch of the manor house on the property. 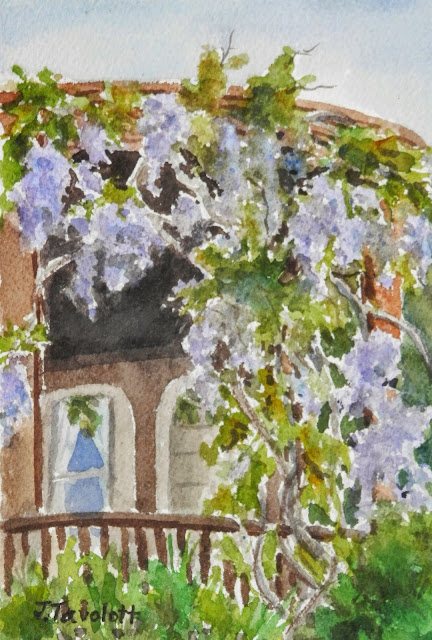 For the last few years I have tried to attend one of the Memorial Day Ceremonies here on Long Island. This morning I missed the one in Sayville which I usually attend since I slept late, so instead I went to Patchogue. I sat in the park by the VFW Hall which I knew was the end of the parade, and caught some of the participants as the marchers in the parade arrived there. I was there sketching long enough for most of the ceremony. It was a touching tribute to those who gave their lives, those who served, and the families and friends of those who are still serving. 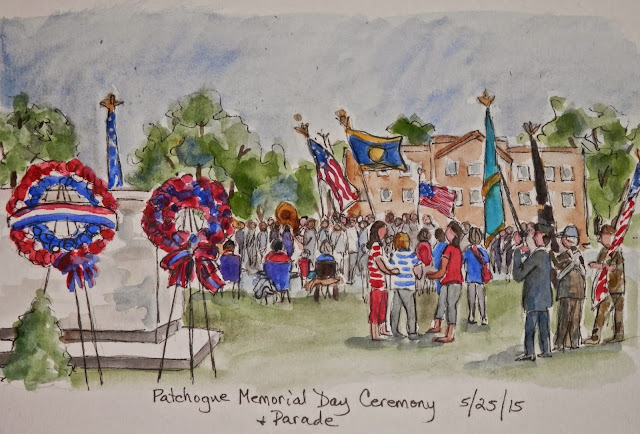 Since this is the beginning of the summer season I had to make a stop at the beach. It was warm enough to sit on the sand, but only the little kids made any attempt to go in the water. The lifeguards up on the chair were in sweatpants. 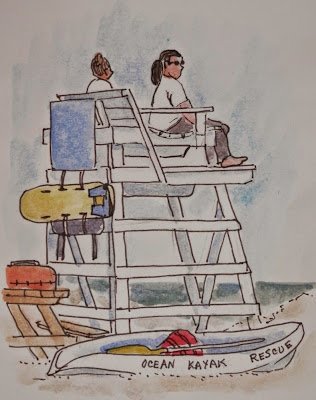 Posted by Joan Tavolott at 6:49 PM