Sotheby's sounded like an odd place to sketch and some of us were a bit concerned that we would be out of place there, but they could not have been more welcoming! There was such a variety of items to sketch!

I started with the building itself from across the street...with all those flags it looks very impressive. This was done on toned paper with markers and white colored pencil. 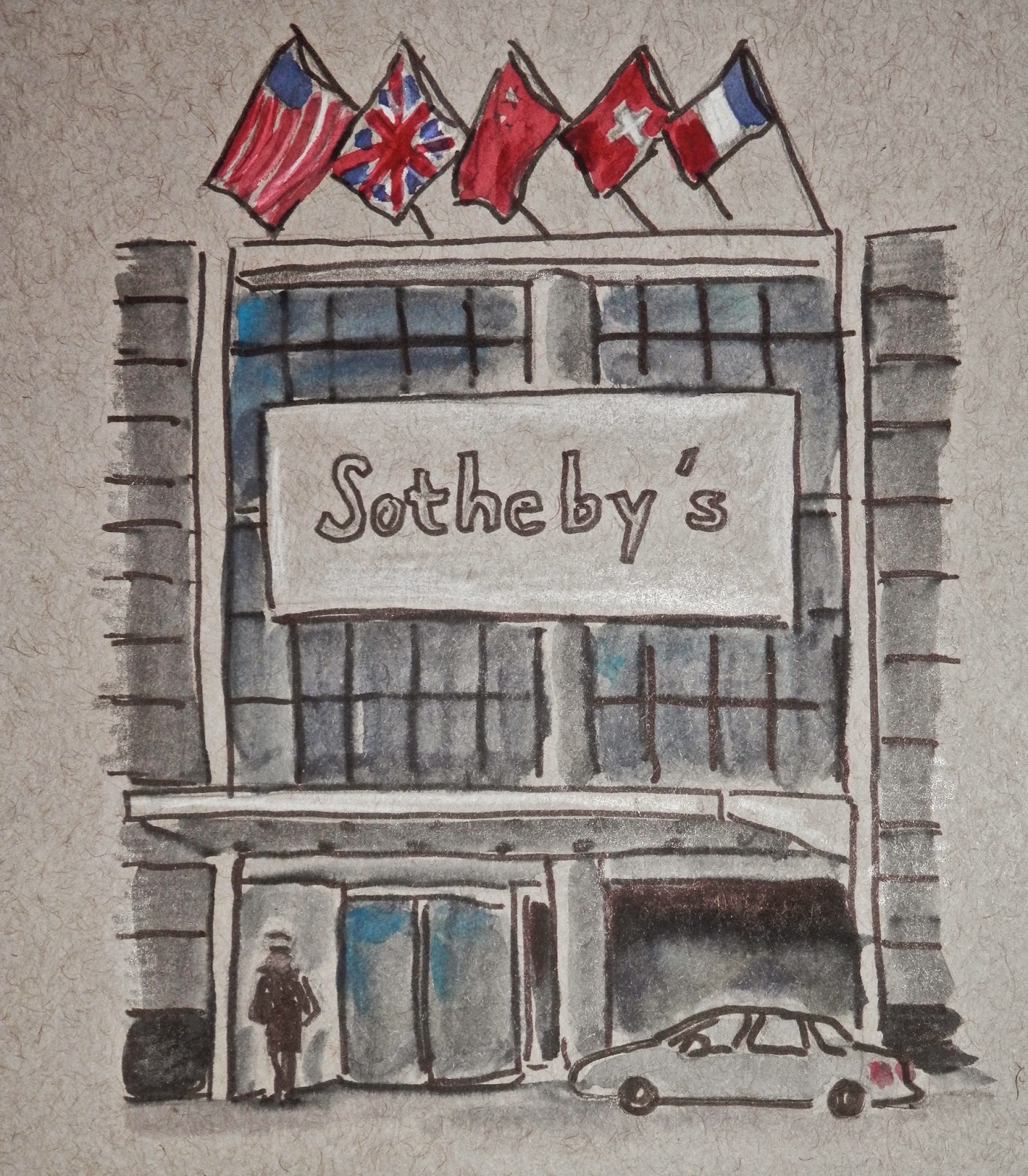 Then I moved up to a floor that had among it's contents a Monet, a Renoir and other lovely pieces of art, including this sculpture. Again I used my toned sketchbook. 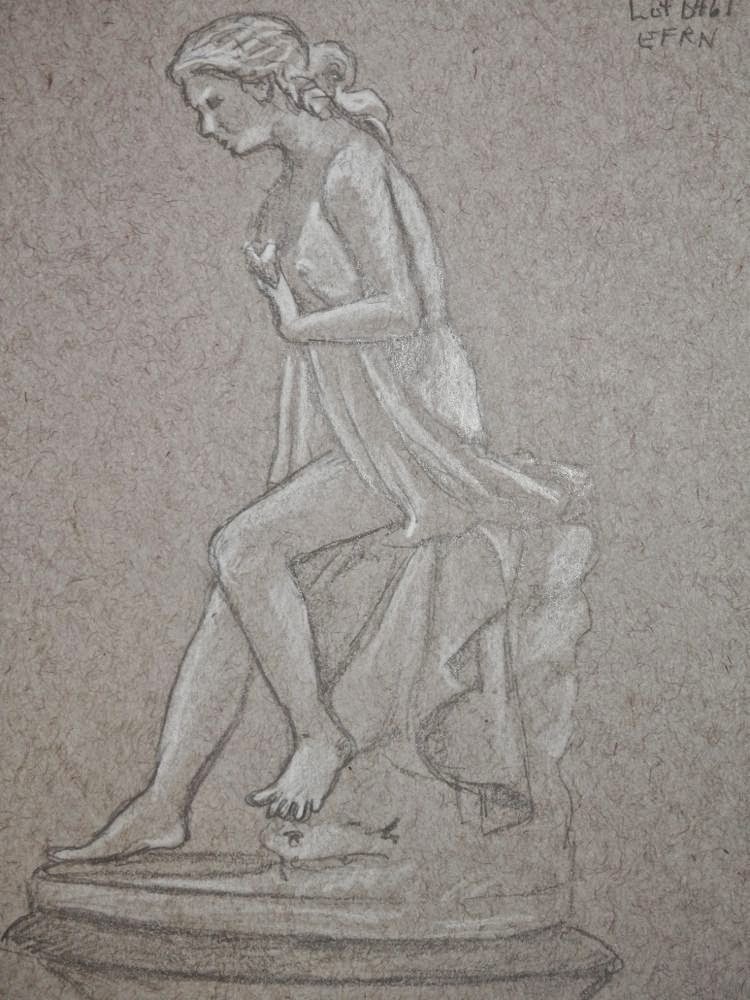 There was a designer showhouse going on upstairs.  It doesn't show well in this photo but the walls of this room that I sketched were bright pink. I met the young man, Robert Dean Harris, who had designed this room. When he left a gentleman who was sitting in the corner asked me if I sell my work and was this piece available. Hell yes! I told him my price and he bought it for Robert, the designer, as a remembrance of his first showing at Sotheby's. Now I can say that one of my sketches sold at Sotheby's! LOL

I'm sorry this isn't a better photo but I snapped it quickly before giving it to the client. The lighting wasn't great for the photo and I also have a big shadow on the right side. 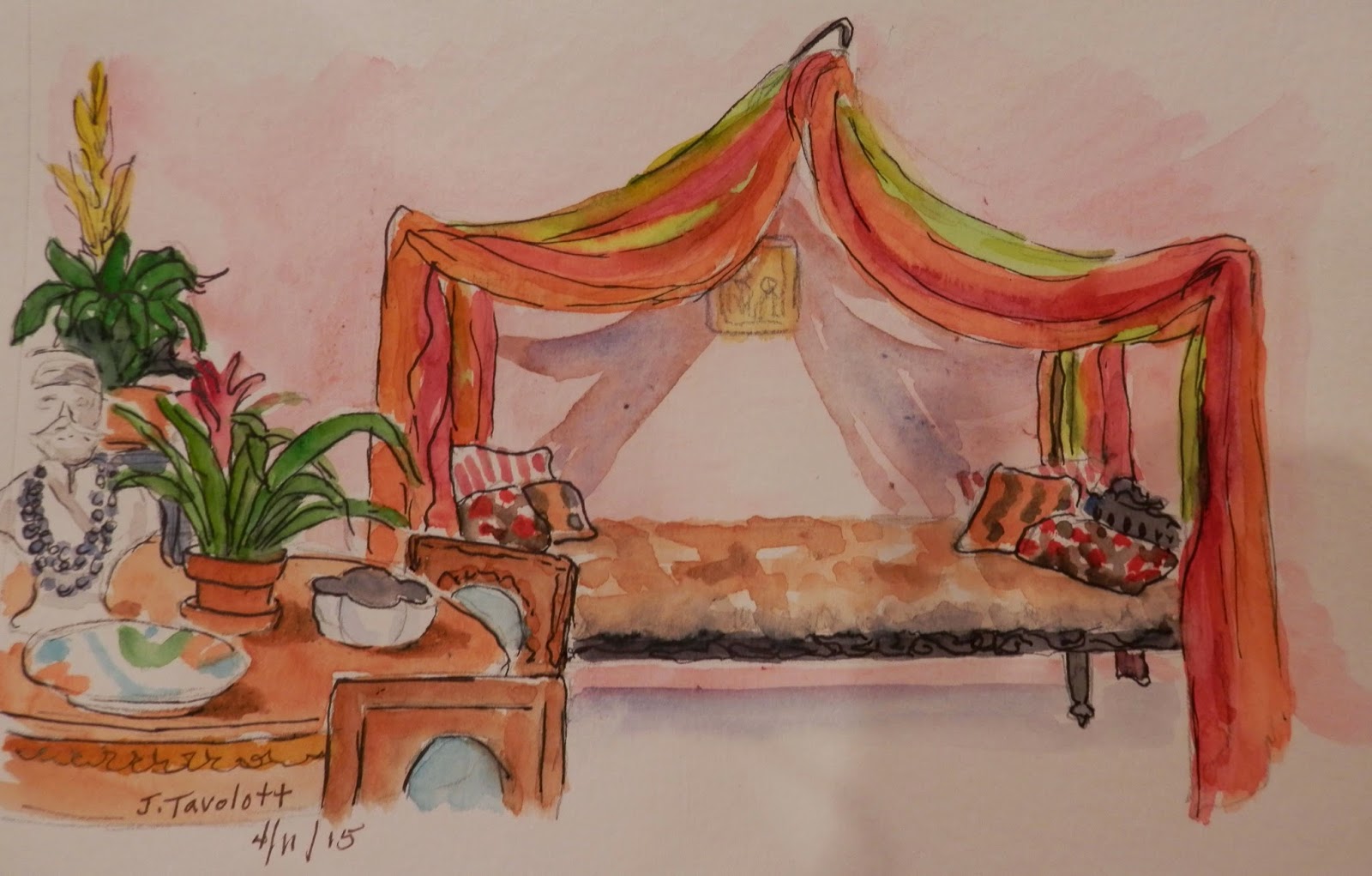 After lunch I sketched part of another of the designer rooms, this one by Ashley Darryl. 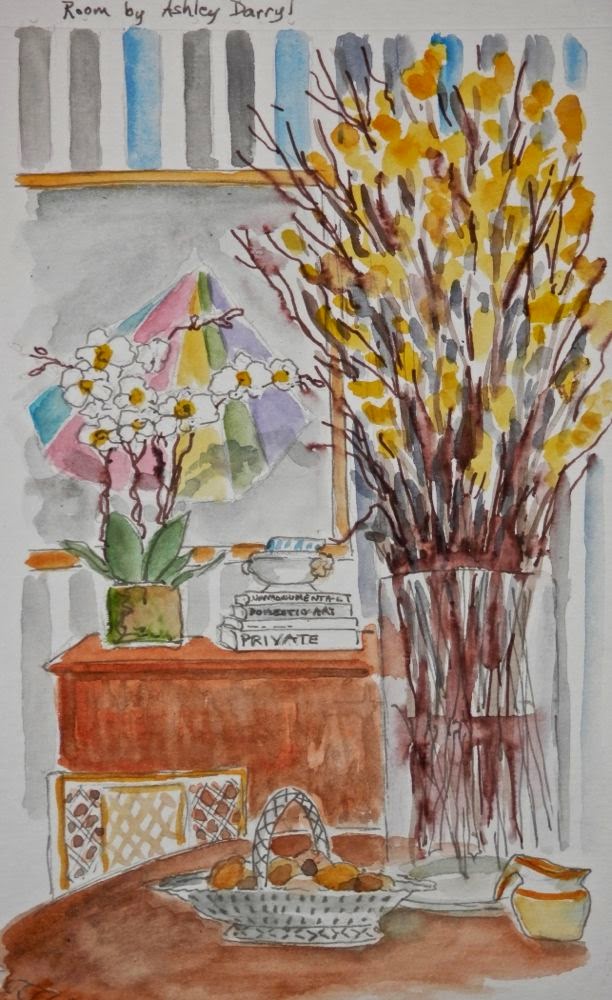 The only bedroom I saw in the designer showhouse had some wonderful still life setups near the bed and by the couches in the room. This was on the cocktail table by the couches. 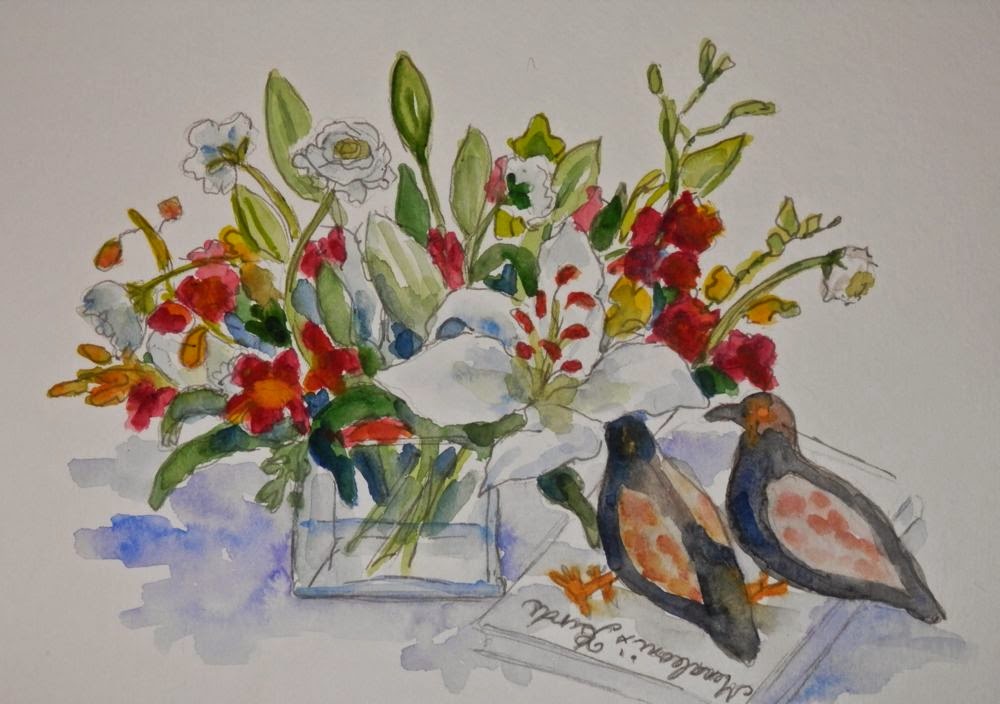 My last sketch was a quick one of Janet who was off on the other side of the room sketching the still life next to the bed. 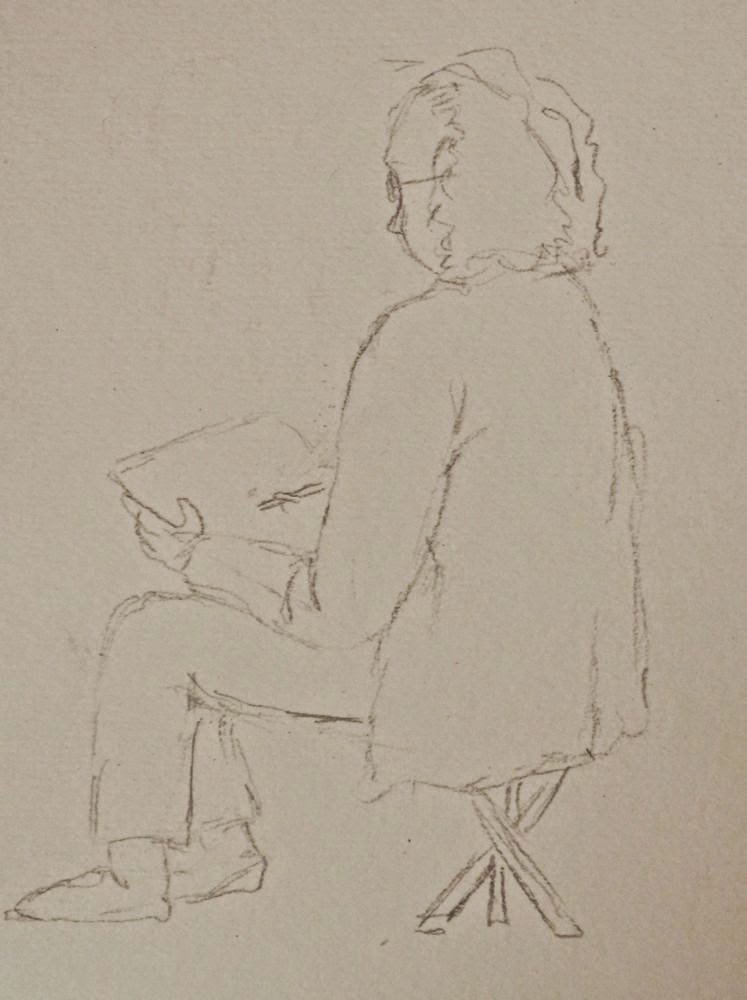 I must say it was a productive day!
Posted by Joan Tavolott at 9:07 PM