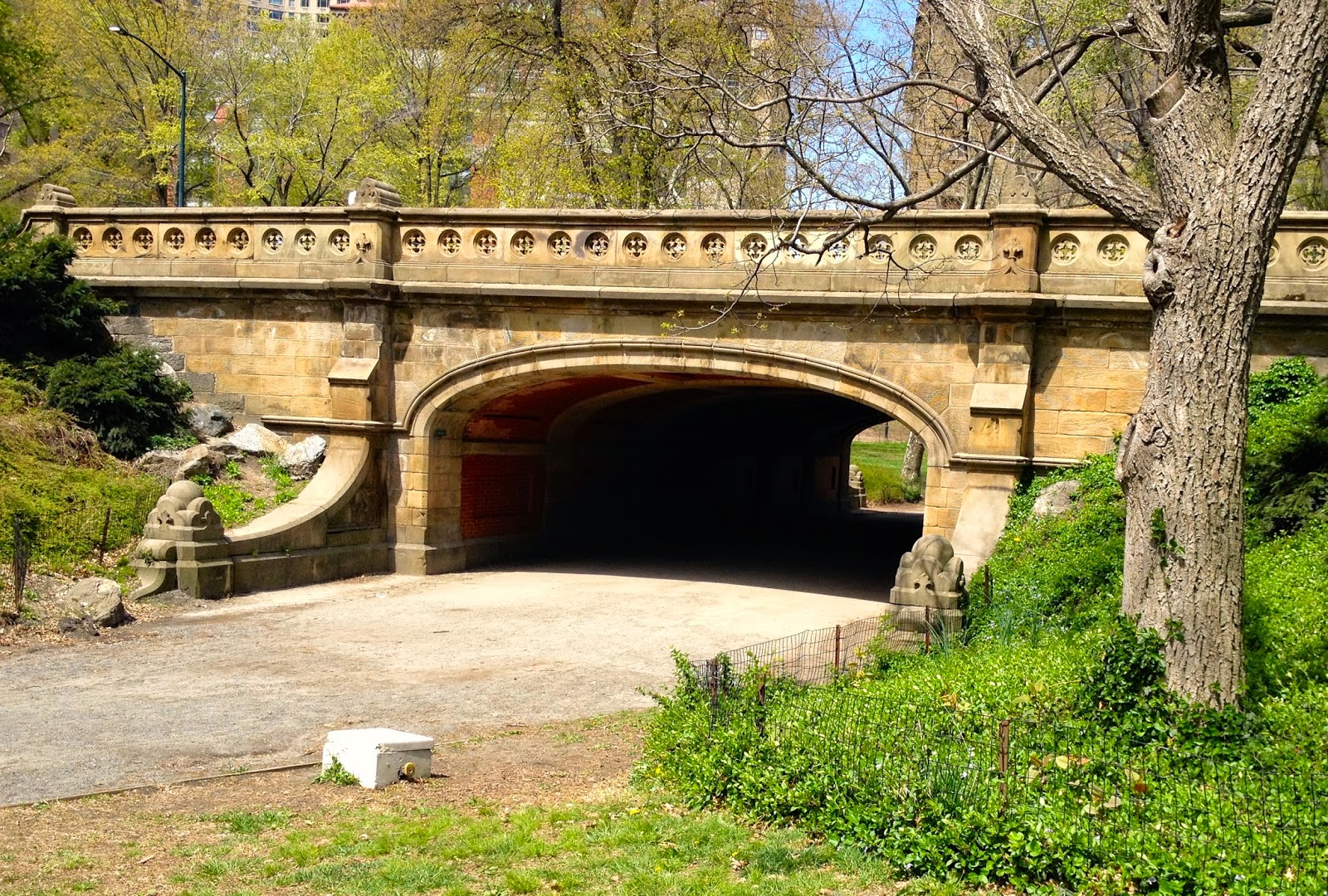 There isn't single thing in Central Park that happened by chance.  Every detail, every view, every vista was carefully thought out by those two brilliant Landscape Architects - Calvert Vaux and Frederick Law Olmsted. They won a competition in 1858 with their Greensward design to create a large park in NYC.  It’s impossible not to see beauty everywhere you turn walking through the park, and many artists before us have taken inspiration there.


Sketching this Saturday we will focus on the Bridges of Central Park.  The bridges were a solution to one of the design problems.  There were three types of roadways in the Park,  walking paths, carriage paths and bridal paths.  The three roadways twisted around the park and the bridges were designed to keep traffic flowing and to prevent the people, the carriages and the horse riders from intersecting one another.  At first only seven bridges and archways were planned but the number eventually grew to 40 in total. Each one is completely unique.

WHERE and WHEN:
We will meet at the Columbus Circle Entrance at 10:00 AM.  Look for people sketching.  We’ll enter the park at about 10:15.


First stop  Greyshot Arch:  Located in the park at about West 61-62 Streets:  Greyshot Arch, popular with bikers and runners, was built by Vaux in 1860. The arch is made of white-gray gneiss, while its balustrade has been crafted from New Brunswick sandstone and decorated with fleur-de-lis carvings. One of the most frequently used arches in Central Park, this arch is 80 feet long and ten feet high.  From 10:15 to 11:15


Second Stop - Pinebank Arch:  Located in the park at about W 62 Street.  Pine Bank Arch is one of five of the original seven cast-iron bridges remaining in Central Park. The 80-foot span carries pedestrians over the bridle path 11 feet below.  Built in 1861 by J.B. and W.W. Cornell Ironworks One of the parks' few remaining cast iron bridges. It was rescued from decline and lovingly restored in the 1980s.  It was a bridge over the bridal path.  A ball field was built in the 1930s and this portion of the bridal path was abandoned making the bridge more of an ornamental structure.  Approximately from 11:15 to 12:15


LUNCH   We will have a picnic lunch in the area near the Dairy.  Your choices will be to buy food from the park vendors, or lunch at the dairy, leave the park to buy food or pack your own feast  Approximately from 12:15 to 1:30


Third Stop - Gapstow Bridge:  Located in the park at about E 62 Street.  Maybe the most iconic bridges in Central Park.  It is so beautifully designed and so frequently drawn and painted that it is almost a visual cliche.  It’s actually the second bridge built on this spot. The original bridge was a mix of wood and stone and supposedly was much more elaborate.  It was replaced with the stone arched bridge in 1896.  There are tremendous skyline views at this location.  Couples come to be photographed there and the area is heavily frequented by tourists.  There will be lots to sketch.  Approximately 1:30 to 3:00 PM


Sketch all three or select the portion you want.
If you can’t find us
call Mark at 973-809-9128
(But only if absolutely necessary as I will be busy drawing too.
Thank you for understanding)


There are no fees or attendance taken. All drawing skill levels are welcome.