Today the NYC Urban Sketchers met at Gracie Mansion and Carl Schurz Park at 88th Street and East End Avenue. I took the subway into the city and I did get to do one sketch on the train ride in. 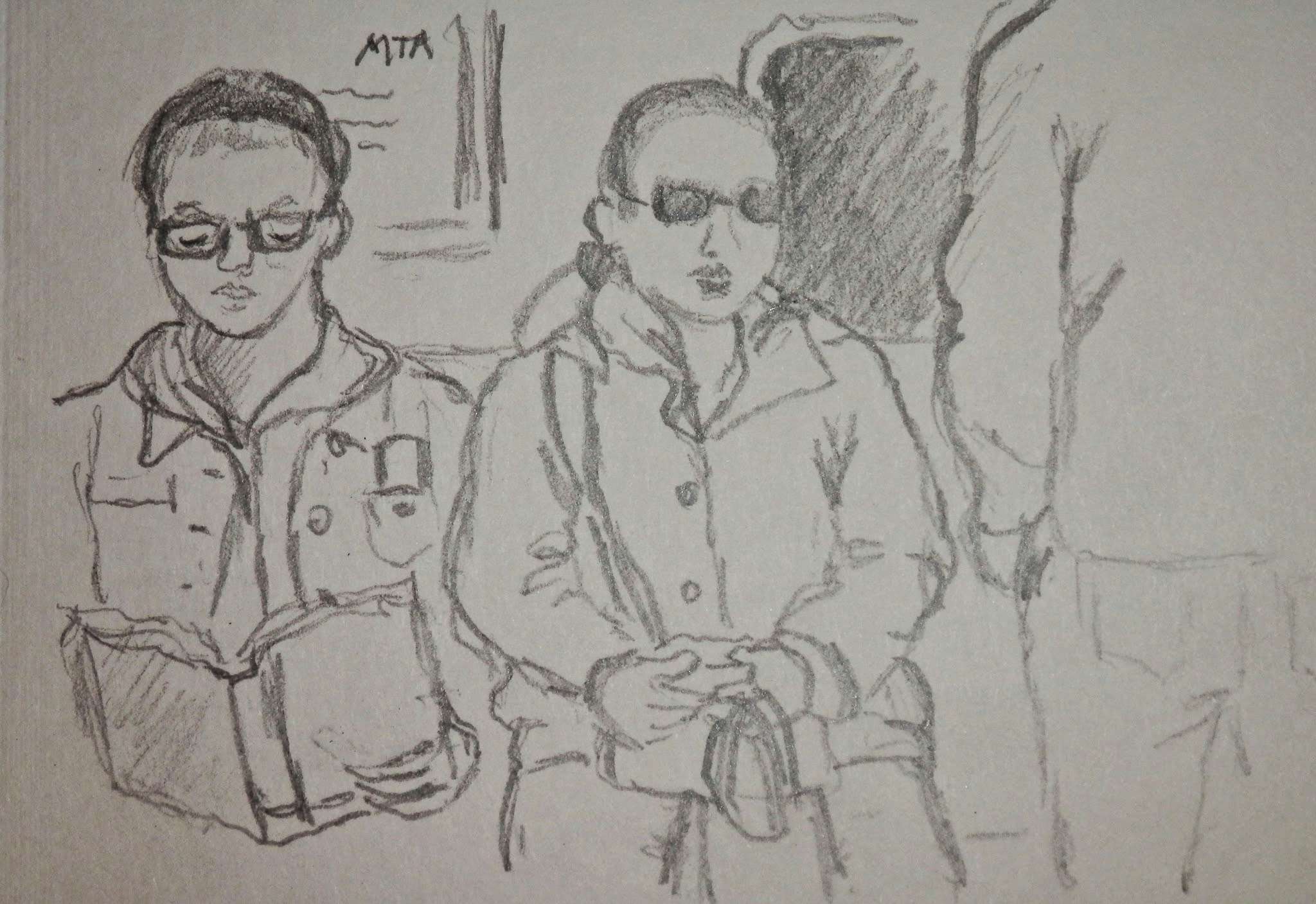 When we arrived at the park we headed to see the views along the East River first. I sketched a view looking down the path with a few joggers and the river view. The park is really nicely landscaped and it was great to see that here in NYC the leaves are finally starting to appear on the trees. 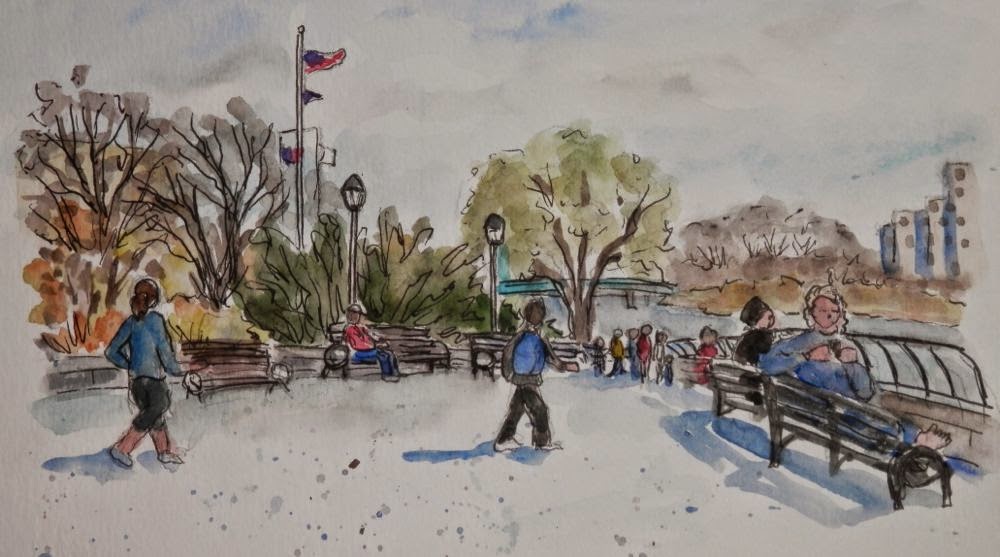 We took a break for lunch, but as always that didn't stop our sketching.
These men at the counter were interesting subjects. 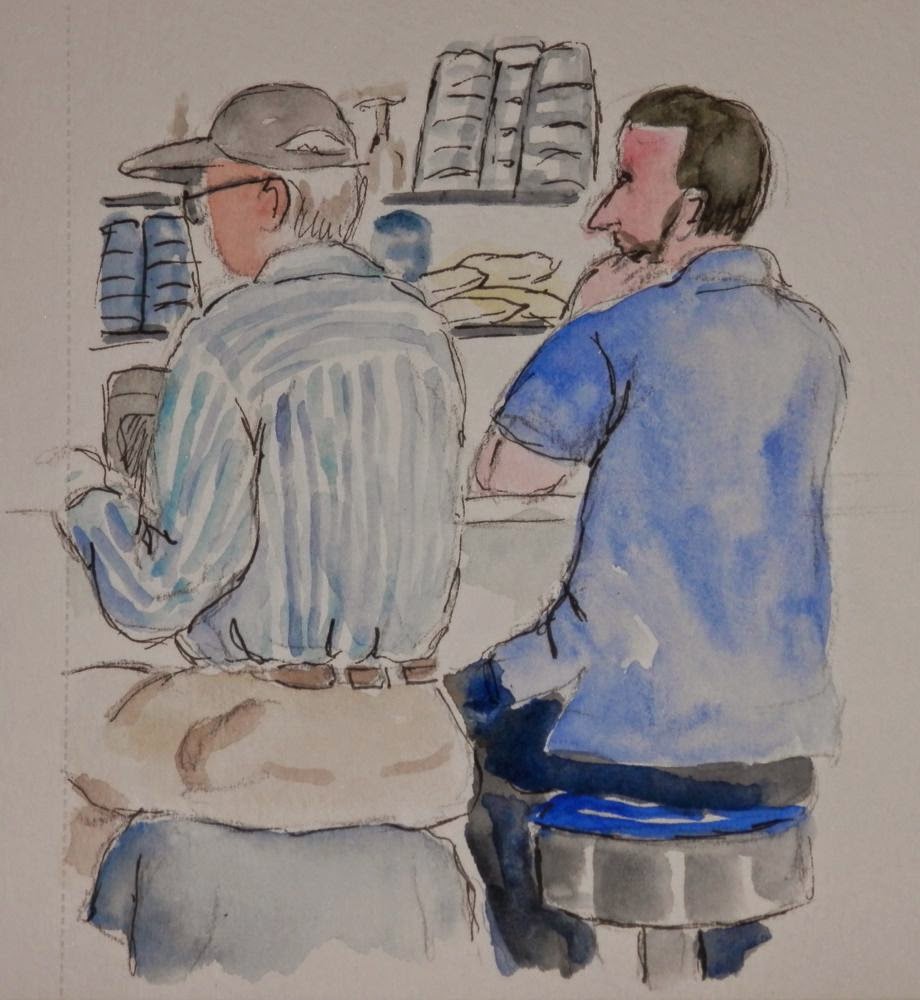 Back at the park I sketched this view of a rocky area that kids were climbing on near the park entrance. 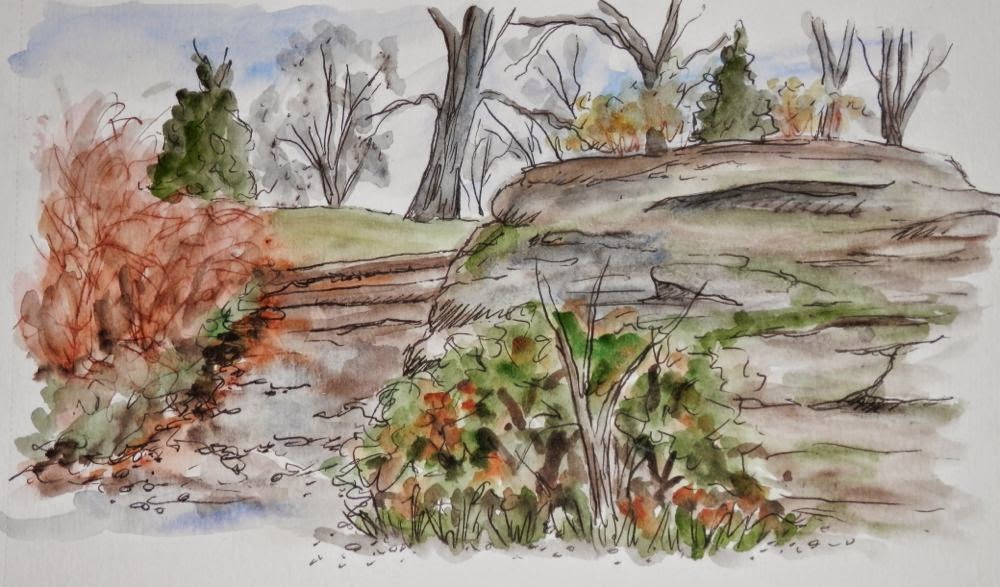 The only disappointment of the day was that we couldn't sketch Gracie Mansion, which is the official home of the mayor of NYC. The entire house is behind a big security fence that blocks the entire view. They do tours of the house, but not on Saturdays. One of our members tried to convince the security guard to let us in to sketch, but there was no way.

So we moved on to the dog run. Of course because it was a dog run that's exactly what they did in the fenced in area. They were very hard to sketch. The owners stayed still and once in a while the dogs would come over to their owners...but mostly they just ran. 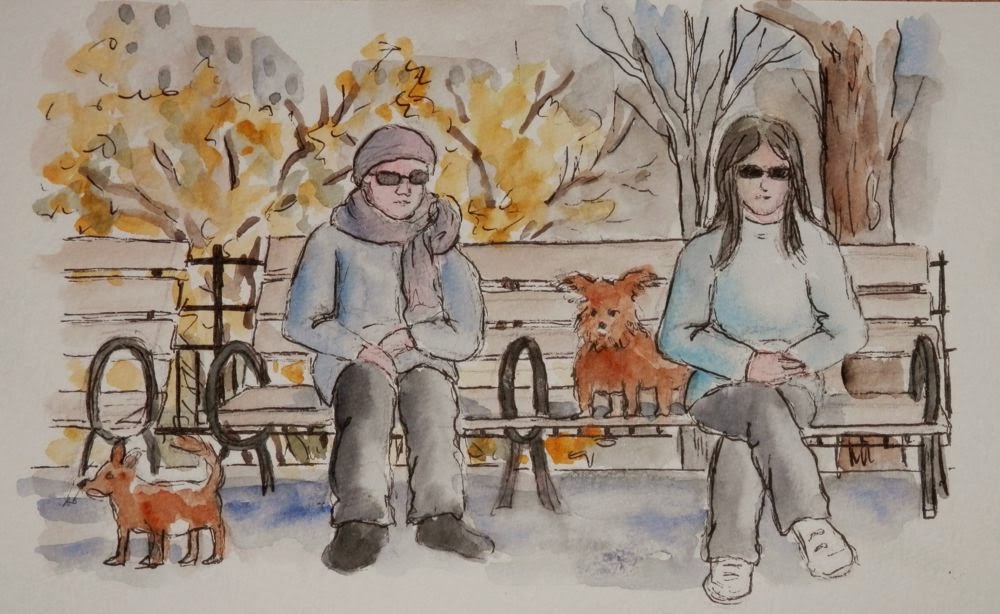 I also sketched the small lighthouse that was in the East River and the view of Queens across the water. 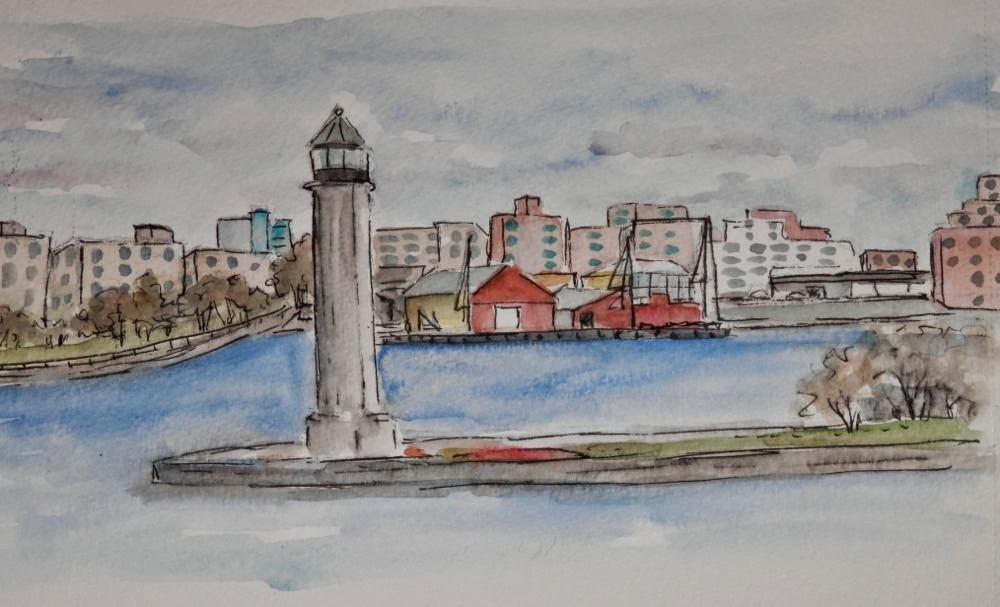 At the end of the day we did a "throw-down" of our sketchbooks. It is always fun to share our work, talk about our supplies and methods of sketching, and just chat with the other sketchers.
Here are a few of the sketches that were done today. 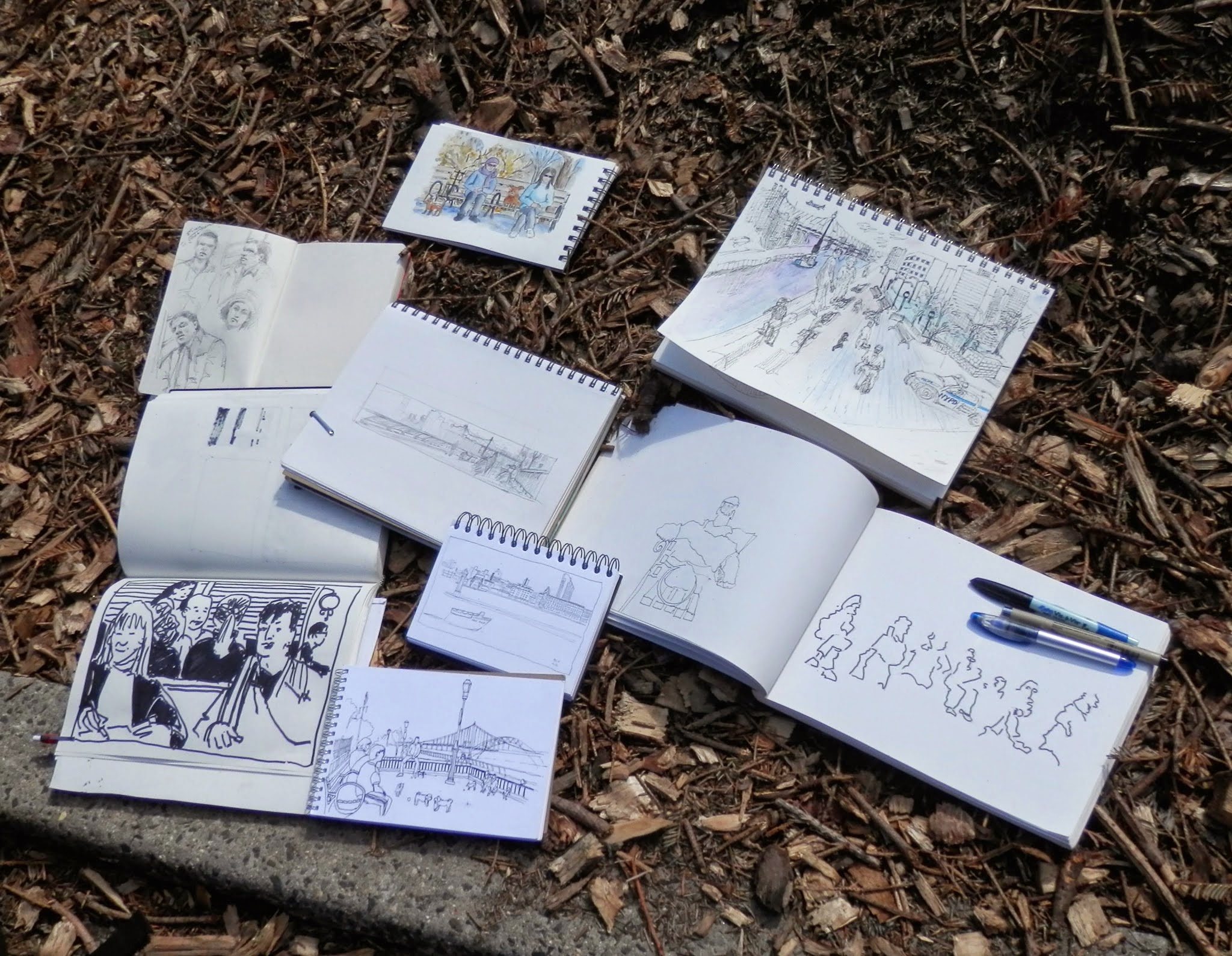 And a few close-ups. 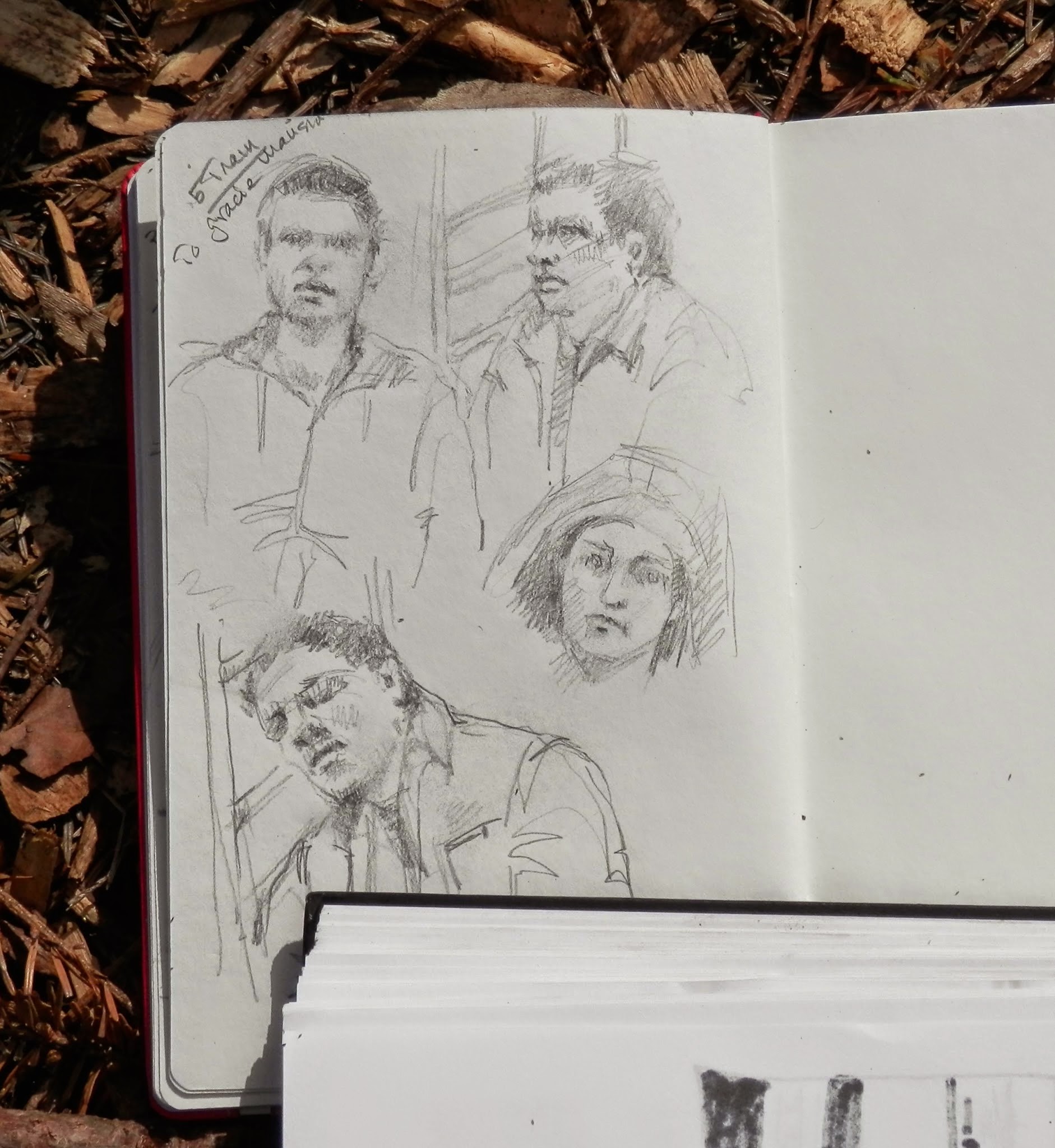 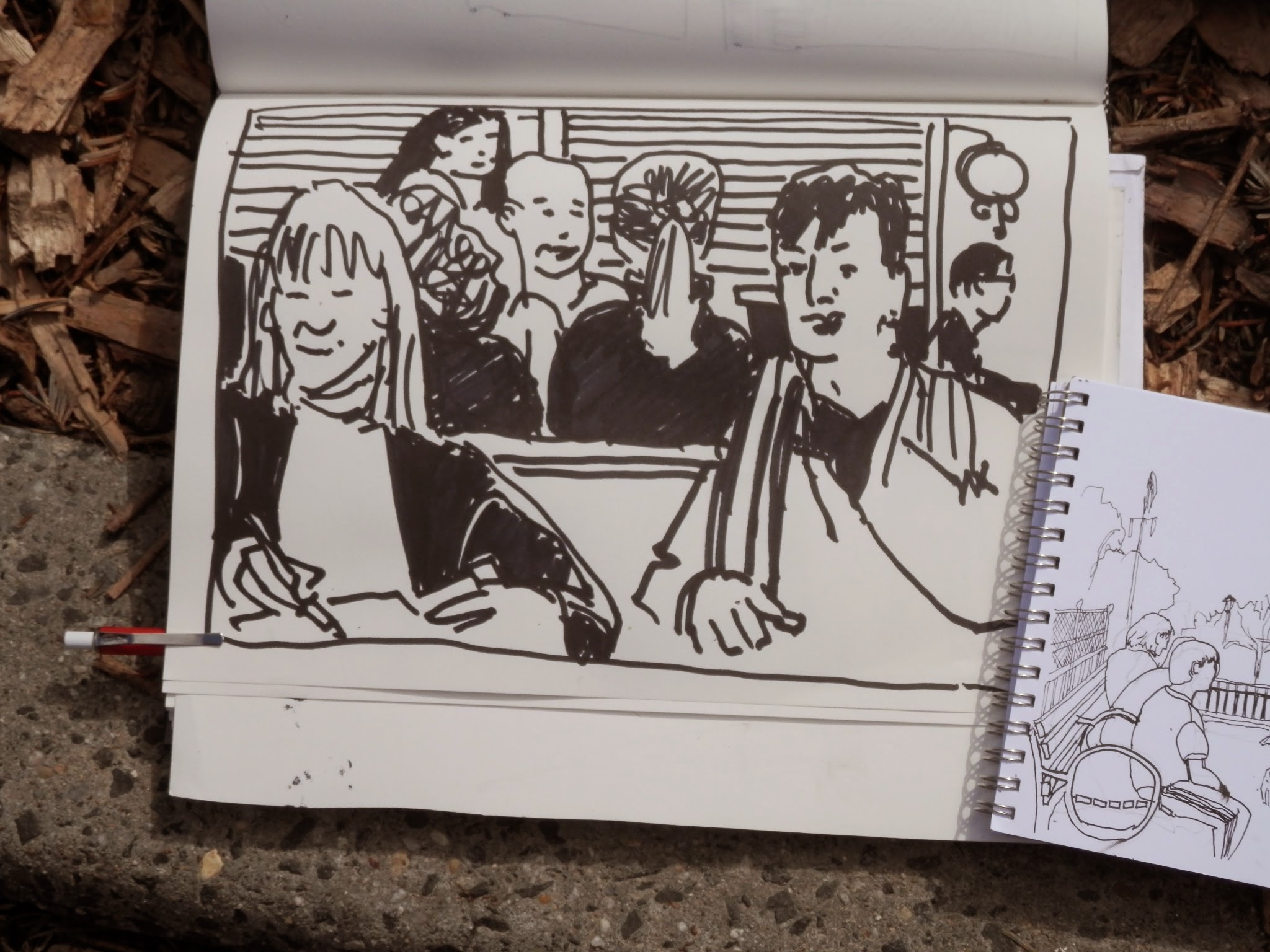 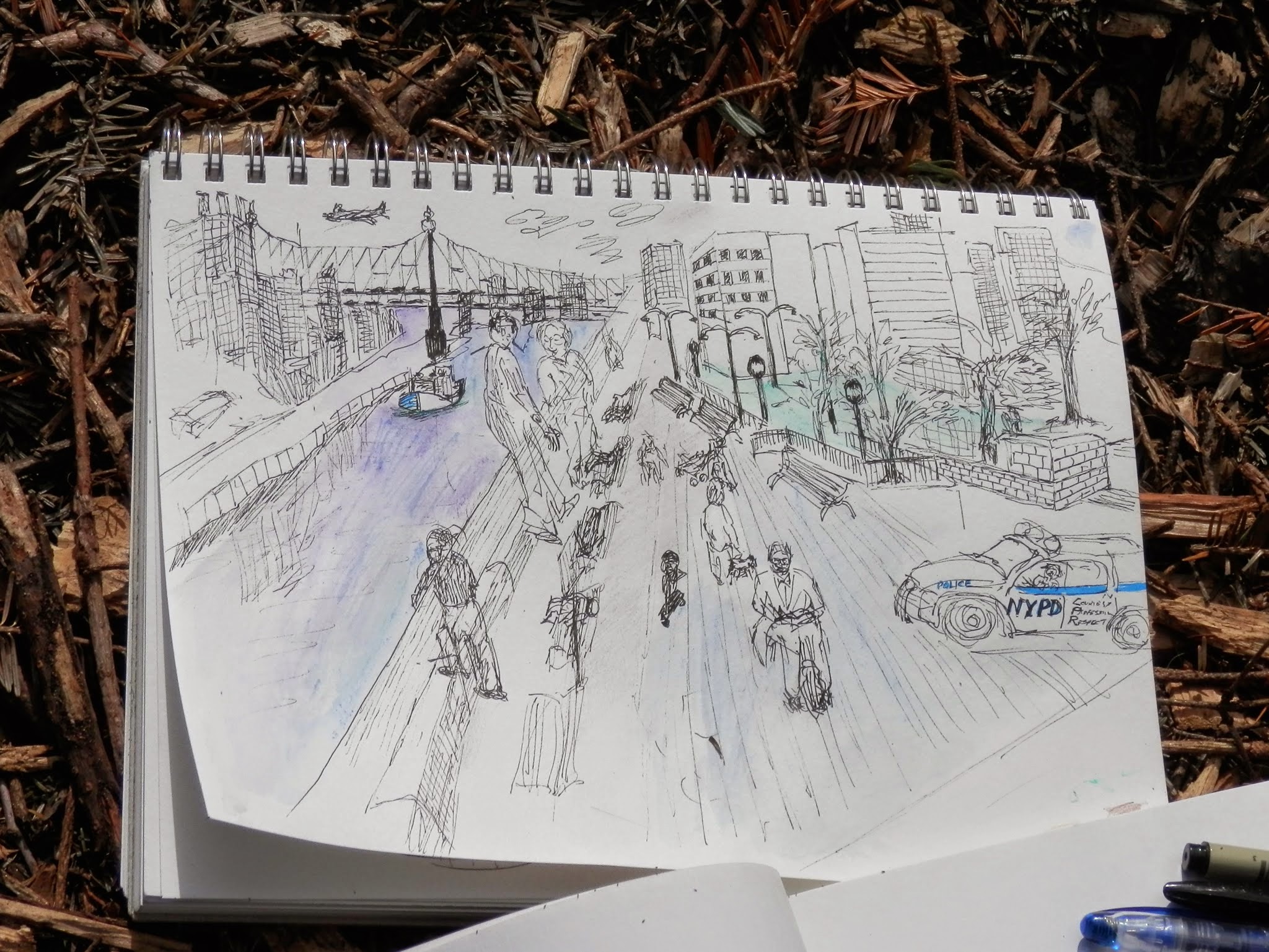 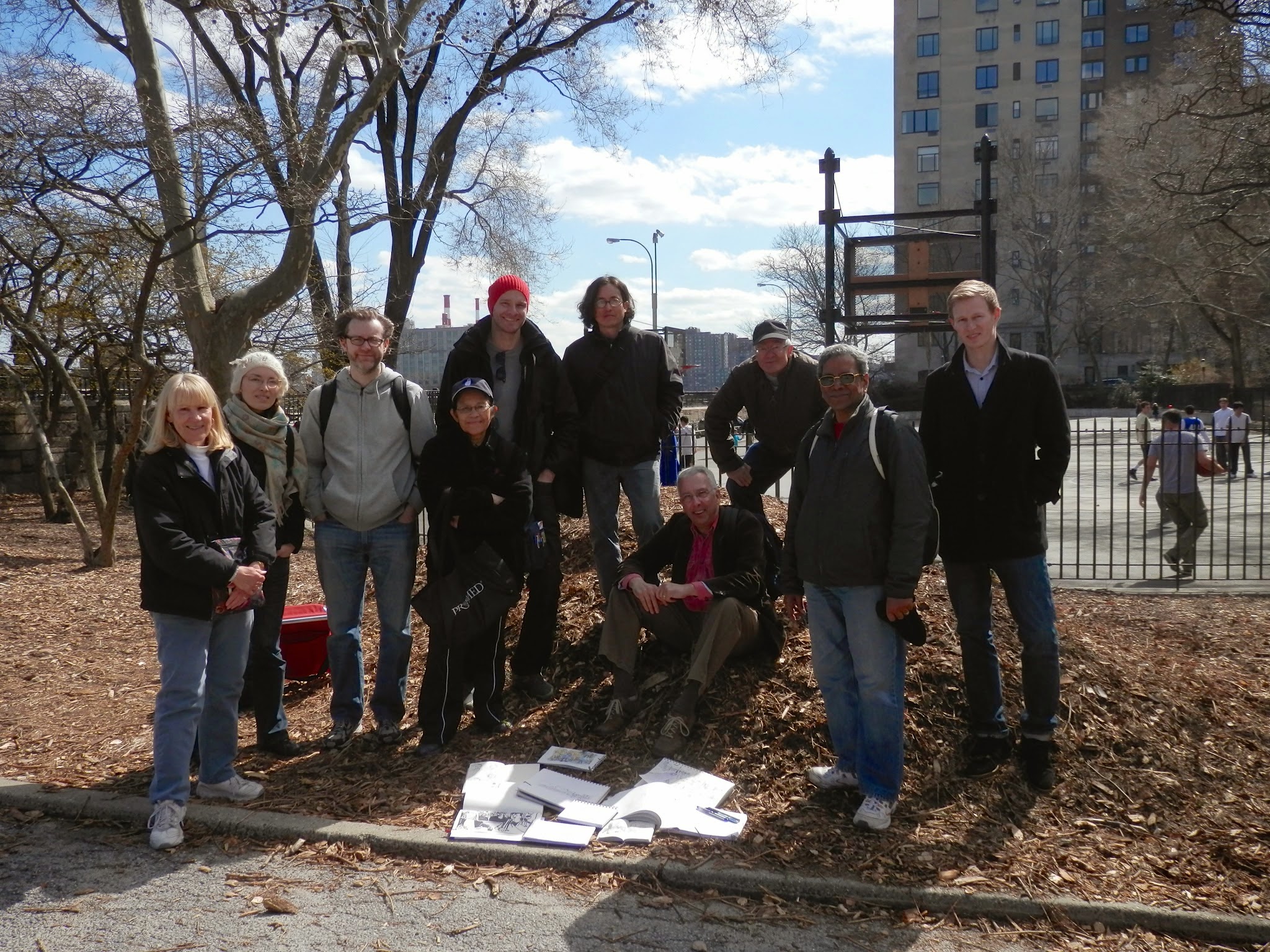 It was fun to see so many of our skechers come out and join us today. We probably had about 12 sketchers between the morning session and the afternoon. It was a great day!
Posted by Joan Tavolott at 11:06 PM