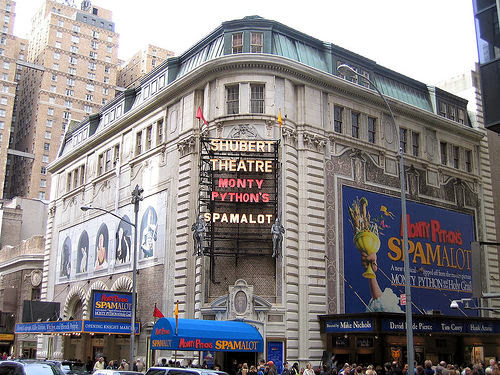 New York City’s theatrical community has a rich and storied past. At the beginning of the 20th century, the theatre district was so brilliantly illuminated by white lights that O.J. Gude would refer to it as the “great white way.”

In 1904, New York City Mayor George B. McClellan officially re-named Longacre Square as Times Square, in recognition of the arrival of the offices of The New York Times. The theater district sits between the 41st and 53rd Street and between the Sixth and Ninth Avenues.

-  The Plan - we go for the food and snacks, stay to sketch.
-  Bowling is a just a remote possibility a pricey option.
-  Bowlmor opens at 11 AM

Posted by Mark Leibowitz at 7:38 PM